Sin your most important relationship romans 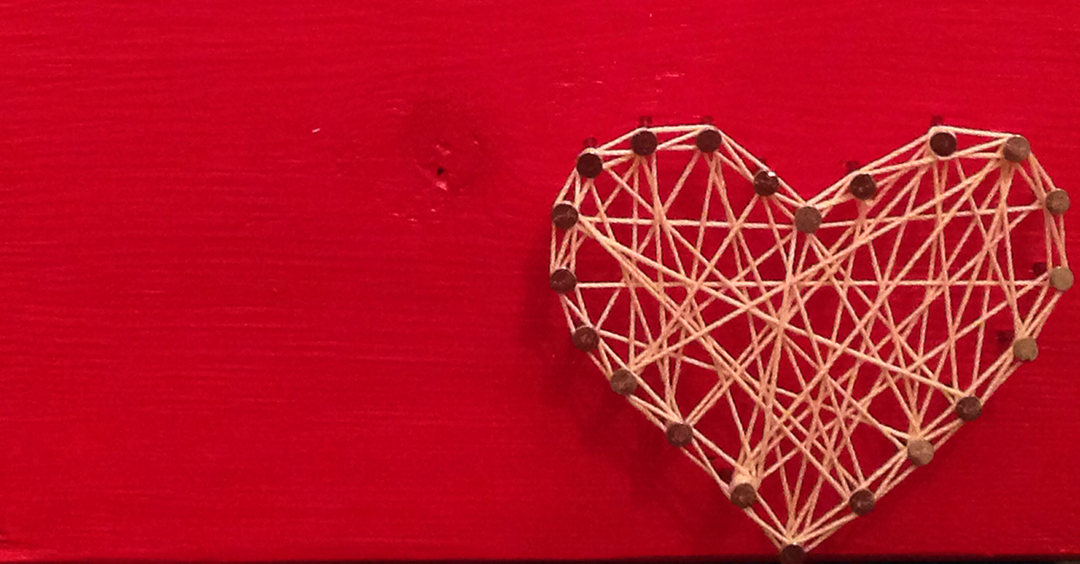 Fashion models...they're considered the "beautiful people." Right? But all too often, they're also the unhappy people. That's what our friend Lindsey explained to us after she had left an enviable position as a model with one of the most prestigious agencies in the world. For example, Lindsey told about the eating disorders that plague young women for whom a small weight gain can actually cost them a well-paying job. Lindsey explained how she and others were carefully and critically weighed before every shoot. The gain of a pound or two meant they didn't qualify anymore. You paid a price to be admired.

I'm Ron Hutchcraft and I want to have A Word With You today about "When You're Tired of Love With Strings."

The professional football players that I've known over the years would never be mistaken for a fashion model. But they know the feeling of being accepted and appreciated based on how well they perform. You're as good as your last game, man! A salesman's as good as this week's sales; a student is as good as their latest grades. For some, you'll be loved as long as you're loveable, or beautiful, or successful.

In many ways, we live in a world where we're loved on the basis of "I love you if..." Maybe you know the feeling of having to perform to feel loved or accepted. You have to meet the expectations; you have to do what they like. And maybe you know what it's like to be set aside, betrayed, discarded, and overlooked all because there were strings on their love.

Deep down in the human heart is this voice that says, "Is there anyone who will love me, no matter what?" Love with strings, love that's conditional, is love you can lose...because things change, and people change. You tired of performance love? Would you be ready for someone that will give you a love you will not lose? Boy, have I got a story for you! It's a story Jesus told about a young man who literally did everything that would break his father's heart; that would make most any man stop loving him. It's in Luke 15, where we find our word for today from the Word of God - the famous story of the Prodigal Son.

This young man asks his father for his share of the estate; he can't wait until his father's dead. He then "...set off for a distant country and there squandered his wealth in wild living. He spent everything." He ends up working on a pig farm, an unthinkably defiling job for a Jew. But when at the end of his rope, he returns to his father, having blown everything his father ever gave him. The Bible says, "His father saw him and was filled with compassion for him; he ran to his son, threw his arms around him and kissed him."

According to the Bible, I am that prodigal son and so are you. We've taken the life and the gifts that our Heavenly Father has given us and we've used them for ourselves. We've ignored the purpose He created us for. The Bible calls it sin, with the middle letter saying it all - s-I-n!

There's no human reason that a totally holy God would want us in His family. But in spite of all we've done that has broken God's laws and God's heart, He loves us. He loves you. In God's own words, "God demonstrates His own love for us in this: While we were still sinners, Christ died for us" (Romans 5:8).

We couldn't make it home to a sinless God with a lifetime of sin. The only way your sin and mine could be forgiven was for someone to pay the penalty for it, and someone did. God's Son did. Only He could. Picture in your mind that awful scene of Jesus on that cross, suspended by three nails, bleeding and dying in anguish. Then say these two words, "For me. He's dying there for every lie I've ever told, every hurt I've ever inflicted, every dirty or selfish thing I've ever done." That's love with no conditions and no strings. We gave Him every reason not to love us. But He's running your direction this very day. He's waiting to throw His arms around you and welcome you into His family.

But you've got to decide to come home to God through His Son. This could be your day to say, "Jesus, this is not my life anymore. I'm Yours." That's when you experience the love you'll never lose.

I'd love to help you do that. That's what our website is for. I'd ask you to go there as soon as you can today - ANewStory.com. Because I'll tell you this, arms wide open He's waiting for you right now.