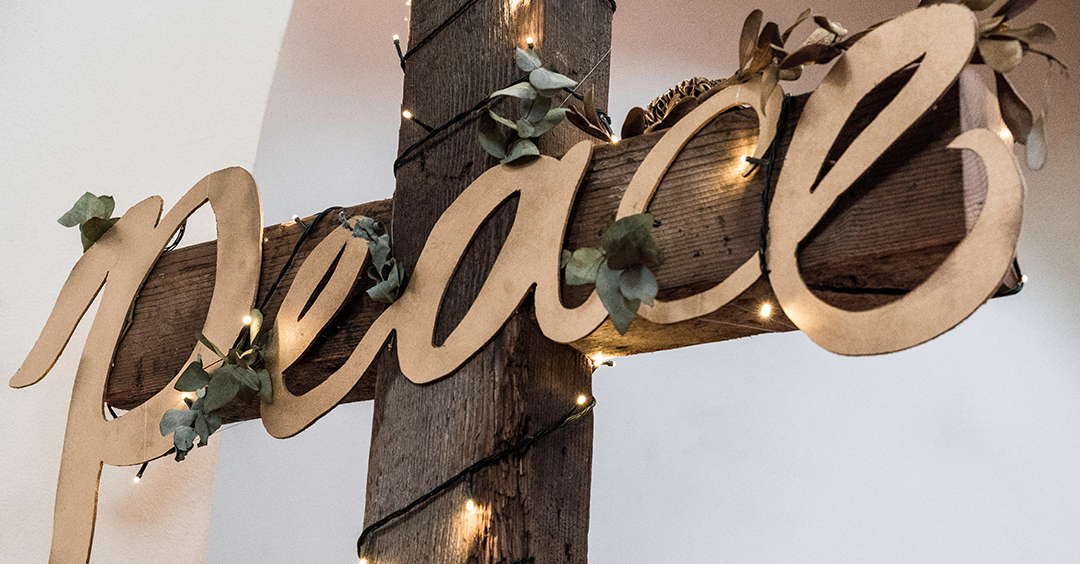 Every time you sing that Christmas carol, "Hark the Herald Angels Sing," you sing those words, "Peace on earth and mercy mild." But if you ever watch the news or read a newspaper, you might well be asking, "Whatever happened to peace on earth?" That's a good question. Some have said that the terrorism danger for Americans has remained high long after September 11, 2001. One national correspondent expressed on television what a lot of people are feeling. He said, "I have never in my lifetime seen such a high degree of threat to our personal security." And financial developments, political developments? They haven't helped much. Then you throw in the dangers that you might be facing personally, it could be medical, or financial, your personal life. Where's that peace that Christmas is supposed to be about?

I'm Ron Hutchcraft and I want to have A Word With You today about "Whatever Happened to Peace on Earth?"

That phrase "peace on earth" wasn't invented by some greeting card company. It's part of the birth announcement of the first Christmas. It was the one delivered by angels from heaven to shepherds in the field, watching over their sheep. Luke 2:13-14, our word for today from the Word of God says, "Suddenly a great company of the heavenly host appeared with the angel, praising God and saying, 'Glory to God in the highest, and on earth peace to men on whom His favor rests.'"

So, in a dangerous world - an unpredictable world, where is that peace? It's in the hearts of those who are ready for eternity, whenever it comes. They understand why the angel said that first Christmas, "Fear not." He said it was because "a Savior has been born to you ... Christ the Lord" (Luke 2:10-11). The announcement from heaven said that peace would be for those "on whom God's favor rests." That's how it really is translated from the original language. And the Bible makes it very clear that means people whose sins have been forgiven, whose sins have been totally erased from God's Book. Because no religion can do that, because no amount of doing good can erase bad.

It took a Savior. It took a Rescuer. If it could have been done without the death of the Son of God, you can be sure it would have been. But only a man could die for man's sin. And only a man who was God could be totally perfect so He could meet God's holy standards and not have any sin of His own to pay for. Enter Jesus. He could barely find a place to be born as He came into the world that He created. And now many of us have kept the door of our heart closed to Him as surely as that innkeeper did those centuries ago.

The peace we need most is peace with God - the God who made us, who we will meet when we die. And Romans 5:1 says, "We have peace with God through our Lord Jesus Christ." When Jesus enters your life, the wall between you and God comes down forever and He is there to help with the war in your soul. And there's peace; peace that is recession-proof, divorce-proof, terror-proof, death-proof. But first comes your surrender of you running your own life. You were never supposed to. You were never made to.

I can't think of a better time to begin your relationship with Jesus Christ than right here on the threshold of the celebration of His coming. Just tell Him, "Jesus, I know now you died for me, and I want to live for You. I know you're alive, because you walked out of your grave under your own power, and I want you to walk into my life today."

You want to begin this personal relationship with Him? Would you tell Him that now? And go to our website, because it's really set up for you at a moment like this; to have the information right at your fingertips that will help you be sure you belong to Him. That website is ANewStory.com.

We're celebrating when Jesus came to earth. Today, you can be celebrating the day He comes into your life - the day the peace comes.