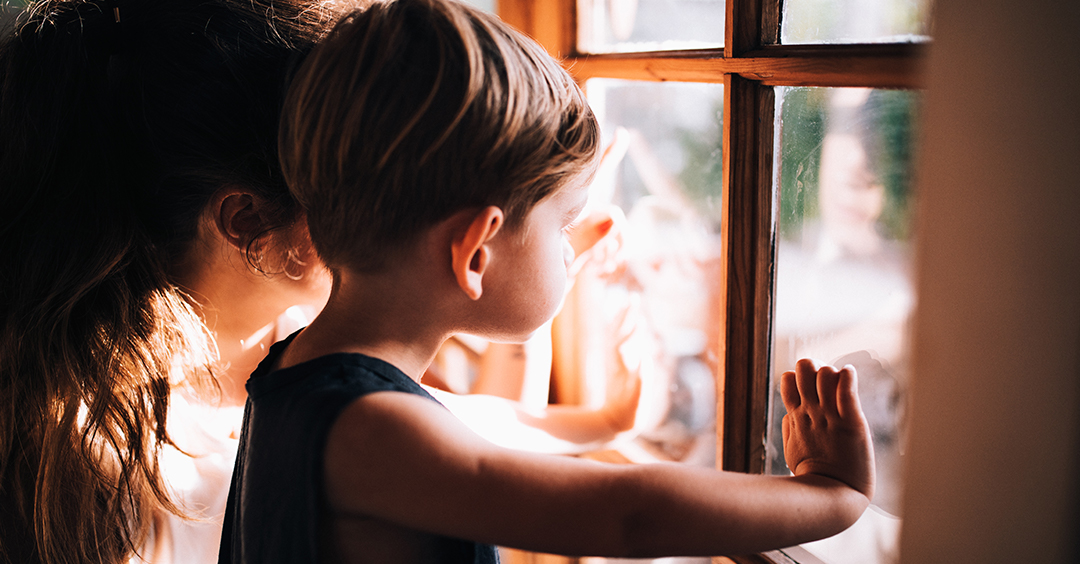 My grandson then was three years old and I'd promised to take him out to lunch, and apparently he was looking forward to it. Here's how I know that. He was ready a few minutes early, and I was a few minutes late. As I was about to leave, an email came through with a picture of him that had just been taken. Oh, boy, it broke my heart. It showed the back of our little guy as he sat on the floor in the doorway, looking down the stairs expectantly, propping the door open with one foot. I made record time driving to his house.

I'm Ron Hutchcraft and I want to have A Word With You today about "Waiting For Your Father."

That picture is etched on my heart! As I looked at it later, I thought about how that is, in a way, the picture of the lives of a lot of people - maybe you. They're sitting at the door, waiting; not for a grandfather, but for a father. And they've been waiting a long time. No one has come to be the father-person in their heart that they've yearned for so long.

Some have been so disappointed, either by the father they had or the father they didn't have, they've just let their hurt turn hard so that they don't get hurt anymore. Others have become desperate, trying all kinds of relationships and experiences to fill the hole that only a father can fill, and they've ended up with scars and regrets and still no father. See, there's that special kind of loneliness, of emptiness, of loss when you've been waiting a long time at the door for that father who's never come. The father you need most, though, has come, and He's coming your direction this very day.

The God of the universe, who Jesus said we can call "Our Father in heaven," says in Psalm 68:5 He is "a father to the fatherless." He's also a father to those who have a father, because no human father can possibly meet all the deepest needs of our heart.

In our word for today from the Word of God, He describes the kind of relationship He wants to have with you. We're at 2 Corinthians 6:18. "'I will be a Father to you, and you will be My sons and daughters,' says the Lord Almighty." Let those words sink into your soul, "I will be a Father to you." Not like the father you've had, but like the father you've always wished you had; that you needed to have. God is that Father, and He desires to have you as His son, His daughter, by spiritual birth into His family.

The problem is that God is sinless and holy. He's totally perfect. And you and I, on the other hand, have a lifetime of sinning; of doing it our way instead of God's way. You can't get into His family unless something's done about your sin, and something has been done. In fact, God did it. That's how much He loves you and He does not want to lose you. He sent His Son, Jesus, to take your place, to take your punishment for your sin. He was doing your spiritual death penalty when He died on that cross, so you could be born into the family of the father you were made for, you've been looking for for so long.

Jesus said, "No one comes to the Father except by Me" (John 14:6). You enter God's family the moment you give yourself completely to Jesus Christ, telling Him you don't want to do the things that God is against anymore. Telling Him, "I'm Yours, Jesus." At that moment, every barrier between you and God is gone, and the God of the universe becomes your Heavenly Father. There's nothing like this. This is life's most awesome, most important relationship.

Our website is actually there to help you be sure that the wall between you and God is gone; that you belong to Jesus, that God is your Heavenly Daddy. I want to encourage you to go there as soon as you can today. The website's ANewStory.com.

You've been looking and waiting for your father long enough. The ultimate Father has come to you, right where you are, to bring you into His family. Please don't miss Him.