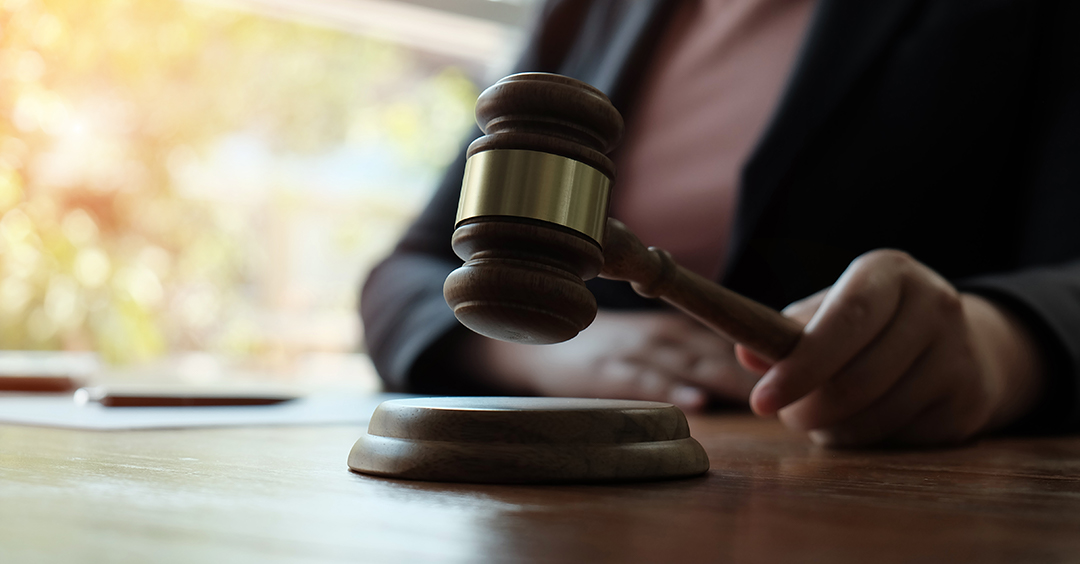 Americans kind of are trial junkies. I mean, there's like whole TV channels, you know, devoted to watching trials. Many of us are fascinated with high-profile trials that will sometimes headline our news. Legal proceedings seem to grind on for months, if not years, and then there are weeks of hotly contested testimony. Then suddenly it's in the hands of the jury. I've certainly checked the news to see if the verdict was in on some prominent trials. Then, after all those months, it's suddenly over. In a moment, the verdict is in. When the verdict is guilty, there is one more decision to be announced - the penalty. In some terrible cases, the penalty has been death.

I'm Ron Hutchcraft and I want to have A Word With You today about "The Verdict and the Penalty Are Already In."

There's one verdict, and one sentence we don't have to wait for - yours and mine. The verdict and the penalty are already in. Not from a jury, but from the Judge. The Judge we all face - God Himself. Deep down inside, I think we know that on the other side of our last heartbeat, which God decides by the way, we'll face our Creator. The Bible gives us a sobering warning about that. It says, "Prepare to meet your God" (Amos 4:12). And the Bible tells you how to do that.

But first you have to understand the verdict and the sentence we all face; church folks and unchurched folks, nice folks and nasty folks, rich and poor, folks from every religion. In God's own words, "we all have sinned and fall short of the glory of God" (Romans 3:23). In other words, no one is good enough to measure up to God's holiness. No one's good enough to go to heaven. So the verdict is in - guilty; guilty of breaking the laws of God, guilty of defying God by running a life that He was supposed to run.

The penalty is in, too. God wastes no words. He leaves no loopholes when He announces in Romans 6:23, "The wages of sin is death." Spiritually speaking, every one of us deserves to be on Death Row. The death the Bible talks about is not something about your body. It's about your soul. It's about being separated from God throughout your life on earth and then horribly separated from Him forever, because He's a holy God and I'm anything but holy.

You already know what living away from Him on earth is like. You're missing the love that you were made for, you've got a soul that's always restless and never satisfied, a life that may be full but it's not fulfilling, and there's incurable emptiness deep down inside. But eternity without Him, well that's so much worse. It is, in fact, hell.

But John 3:16-18, our word for today from the Word of God, reveal the greatest news you could ever hear. You ready? "God so loved the world that He gave His one and only Son that whoever believes in Him shall not perish but have eternal life." Why? Because Jesus did all the dying for all the sinning you and I have ever done! Then the Bible says that you and I are in one of two groups: "Whoever believes in Jesus," the Bible says, "is not condemned, but whoever does not believe in Him stands condemned already because he has not believed in the name of God's one and only Son."

There it is: condemned or pardoned, guilty or forgiven, heaven or hell. You choose by whether or not you pin all your hopes on Jesus as the only One who can save you, because He's the only One who died to save you from God's death penalty.

If you've never given yourself to Him, please, would you do it today. Don't wait to accept God's pardon. Some people have waited too long. Every day you put this off, you risk going into eternity unforgiven and lost. Let this be the day you tell Jesus, "I'm pinning all my hopes on what You did when You died for my sins and walked out of your grave under your own power."

And if you'll get to our website, you will have there right in front of you the steps to beginning this relationship with God. It's ANewStory.com. This could be the day your hell is cancelled and your heaven is guaranteed.