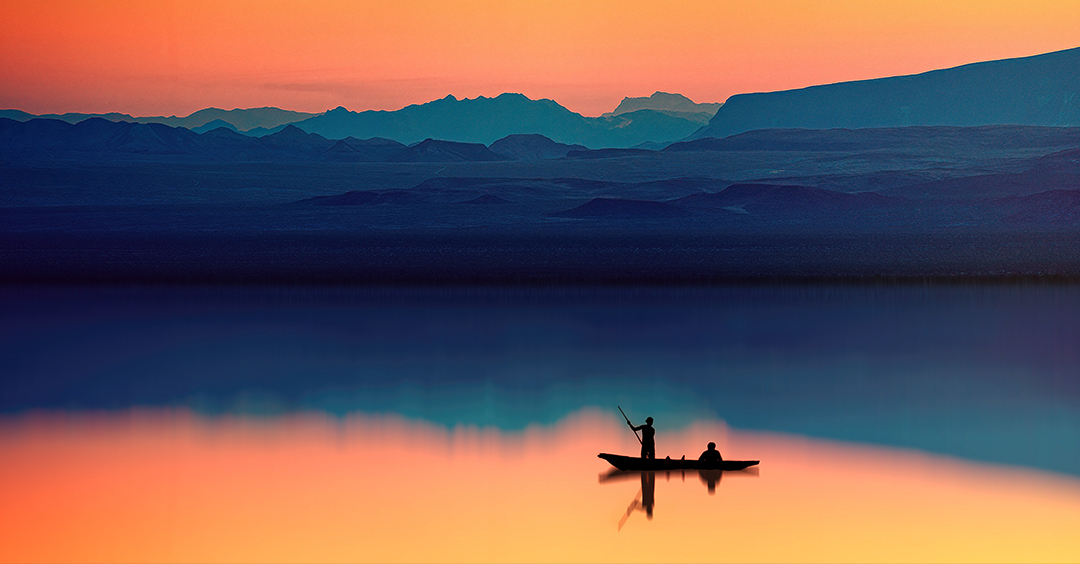 In his classic, "Old Man and the Sea," Ernest Hemingway told about a very weary old fisherman who, like most of his village, had had hard times most of his life. He's barely eking out a living, goes out one day and decides to travel farther than usual to fish. And to his amazement, he hooks the largest fish he's ever seen in his life - so big he can't even bring it into his boat. So he begins to tow his prize fish behind his boat, excited about what this catch could mean and how it might be the beginning of a wonderful turn of his fortunes. It's the dream catch of his life! But as he comes into the harbor and up to the dock, his joy turns back to an even greater despair than ever before. All the while that he's been towing his prize; the other creatures of the sea have been feeding on it. And all that's left of his dream is bones.

I'm Ron Hutchcraft and I want to have A Word With You today about "The Trouble With Life's Great Catches."

Maybe one reason that story has enduring interest is that it's a mirror of many of our lives. We pursue what we think will give us what we've needed. We catch it, but our great catches all too often turn out to be just carcasses in the end. They gave us hope for a while and then they let us down.

So we go back out, fishing for something else that will be our answer. And ultimately, our next catch disappoints us, too. The trail behind us from our days like even as a teenager is littered with the pieces of things that were supposed to make us happy but ultimately did not. I noticed a comment in Johnny Carson's biography, the long-time host of the Tonight Show. Something was said after the great entertainer's death. I mean, he was lauded as the best in his field, we laughed at what he did so many times, he was a giant in television. Here's what his biographer said: "I can't say that Johnny was ever a truly happy man. I don't think he would ever say he was a happy man." Wow! Well, he's not alone.

In a few sledgehammer words, Jesus Christ exposed all our futile expeditions to find answers for our life and the only place really worth looking for it. It's in Mark 8:36. It's our word for today from the Word of God, where Jesus said, "What good is it for a man to gain the whole world, yet forfeit his soul?"

You can catch everything this world has to offer. You can get its acclaim, its wealth, its pleasures, its success - and lose the only thing that really matters, which is your soul. It's your soul that's always hungry for something you've never been able to find. And your soul is like forever restless because you're away from the One you were made by; the One you were made for. In God's own words, "Your sins have separated you from your God" (Isaiah 59:2).

We've got this God-sized hole, and we've tried to fill it with things and people that can't begin to take His place. If we live like this, we'll live without peace and we'll live without meaning. If we die like this, we'll spend eternity without God, without His love. He didn't leave us separated from Him, though. He could have. He didn't. He pursued us. He sent His Son, Jesus, to sacrifice His life for yours and mine; to take the rap for all our sin, that defiant self-rule of our lives.

So what gaining the whole world could never do, Jesus can do. He said, "He who comes to Me will never go hungry, and he who believes in Me will never be thirsty" (John 6:35). That could be you, beginning today. Beginning the moment that you admit your need for His forgiveness and that you're ready to turn the driver's seat over to Him, you're willing to put your complete trust in Him and Him alone as your only hope; this crucified and, then, risen from the dead Savior. This is quite simply the end of your search.

For some people that search has ended with the information they found at our website, which I want to invite you to go to. Nothing there for you to join, just information that will help you know you belong to Jesus. And that site is ANewStory.com.

You've been so busy fishing for things that can't save or can't satisfy your soul. Maybe you've neglected your soul, but not today. This is the day you could find Jesus and you can finally find what your soul has been looking for for so long.