pain your most important relationship john baggage past 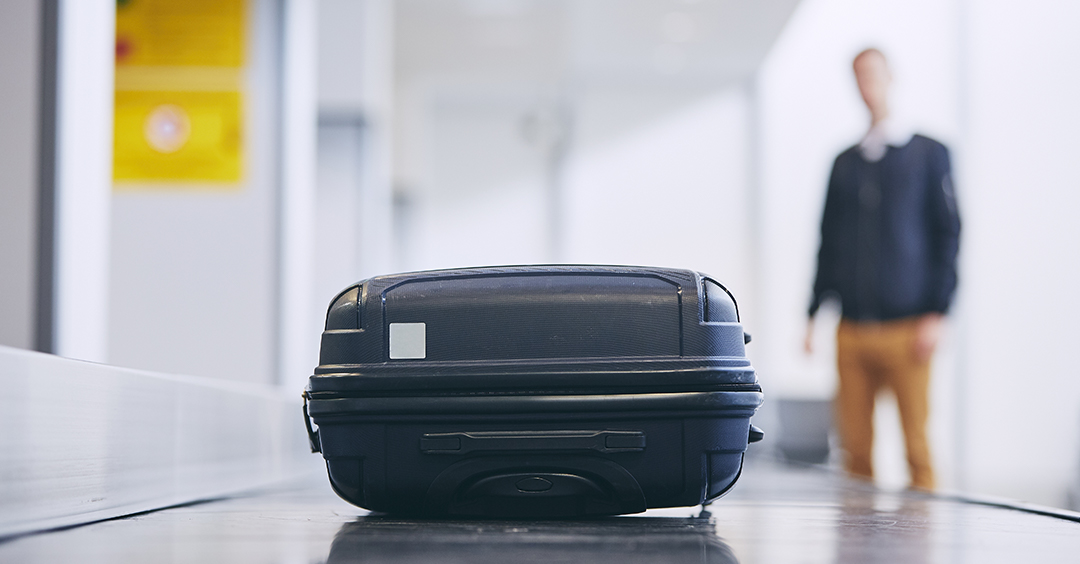 When your airplane flight is over, it's not really over. See, there's that closing chapter of a trip that you get to spend at baggage claim. At my home airport they have these big carousels where suitcases are dumped out and where they circle until their owners claim them. Now, my bags seem to have a knack for waiting until almost all the other bags are out, for some reason. So I just keep watching those suitcases of all shapes and sizes and conditions appear, and waiting for one I like - no, no, no. I mean, one I recognize. But there always seem to be some phantom bags there. Have you noticed that? They just keep circling and circling and circling. And since the luggage carousel is all I really have to look at, the show gets pretty boring! Yep, there goes that baggage again!

I'm Ron Hutchcraft and I want to have A Word With You today about "The Same Old Baggage."

Probably the most curious question Jesus ever asked is in our word for today from the Word of God. It's in John 5:3-9. There was a pool where people went out to get their diseases healed and it says, "Here there was a great number of people and they used to lie there, the blind, the lame, the paralyzed, and there was one who had been an invalid for 38 years. When Jesus saw him lying there and learned that he had been in this condition for a long time he asked him, 'Do you want to get well?' 'Well sir,' the invalid replied, 'I have no one to help me to get into the pool when the water is stirred.'" That's when the healing time was. "While I'm trying to get in, someone else goes down ahead of me.' Then Jesus said, 'Get up, pick up your mat and walk.' At once the man was cured, picked up his mat and he walked."

Now, this man has been a victim of paralysis for 38 years and Jesus says, "Do you want to get well?" Why? Well, let's stop for a moment and consider the condition that you're in, maybe. Something that fits the Biblical description that's given here, he had been "In this condition for a long time." Maybe it's the pain or the memory of some past hurt or abuse or past betrayal and it's haunted you; it's even held you back for a long time.

Or, it could be that you've carried feelings of worthlessness for a long time, and they've caused you to make some very hurtful choices. Maybe you've got this enslaving sin that's held you down for a long time, but like this man at the healing pool, you've been in some way emotionally, or spiritually, or relationally paralyzed for a long time.

And then along comes Jesus with this strange question - the one that comes before the healing, "Do you want to get well?" Or to put it in airport terms, "Are you tired of watching the same old baggage go by again and again?" In a way, those memories and those resentments, those no good feelings, those sins, they're the baggage in your life and they just keep replaying and replaying and causing more frustration and more damage.

Why does Jesus ask us if we want to get well? Because sometimes we're afraid to change. We've gotten used to playing the victim role, the loser role. We've settled into an identity that revolves around that same old baggage. Notice the man didn't just say "Yes." He responded with a nobody cares complaint. He's gotten used to being the guy with the problem. He was stuck in his victim identity, but Jesus acts miraculously and that man walks away carrying what had been carrying him for years.

Now, that's what He wants to do for you, and He's got the power to do it. He wants to help you put the pain and paralysis of the past once and for all behind you. To take away the victim card and replace it with one that says, "More than conquerors through Him who loved us." He wants to help you make today the day that you wrap up the past and put it in a book called Volume 1, and leave it on the shelf forever.

Today is the beginning of Volume 2, one in which you release the hurt through forgiving the hurter, you release the sin through aggressive repentance, and you release the worthless feelings by living like the masterpiece God created you to be. That all happens when you come to the cross where Jesus died for your sin and say, "Jesus, I'm Yours. You died to free me from all of this."

Look, our website is a place where many people have found what they needed to begin this relationship. I think you could too. It's ANewStory.com.

So, do you want to get well? Then the next thing is the miracle.