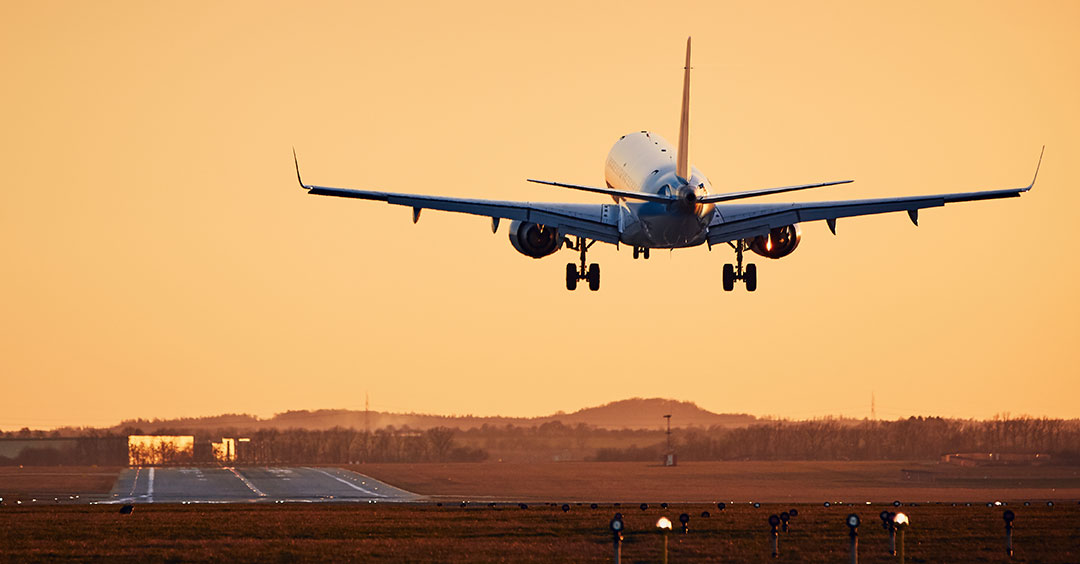 I was on this early morning flight to Pittsburgh. It's the kind where most of the passengers are real veteran flyers, you know, business people. And wouldn't you know, we got one of those two-for-the-price-of-one landings. Yeah, one of those bumpy, bouncy ones. I mean, even with the seasoned flyers aboard, that landing got everyone's heads out of their papers and their briefcases...including mine. I couldn't wait to hear what the flight attendant was going to say. And, fortunately, we got one of the few that had a sense of humor. He came on and he said, "Ladies and gentlemen, now that I have your attention, I'd like to make a few announcements!" That's great! Believe me, after a landing like that, he had our attention!

I'm Ron Hutchcraft, and I want to have A Word With You today about "The Reason For Your Bumpy Landings."

You may have been experiencing a few bumpy landings yourself lately. You know? It might be medical, it might could be marital, economic, romantic, maybe it's parental issues or relationship issues. You're wondering why things have been so rocky. There could be a lot of reasons, but we know that ultimately God is in charge of things. So, why has He sent or allowed these bumpy landings? Could it be He's trying to get your attention? Maybe if you could hear God's voice audibly right now, you would hear Him saying, "Now that I have your attention, I'd like to make a few announcements."

One of King David's Psalms in the Old Testament is about how our bumpy landings can serve as spiritual wakeup calls. In our word for today from the Word of God in Psalm 32:1, he says, "Blessed is he whose transgressions are forgiven, whose sins are covered...When I kept silent, my bones wasted away through my groaning all day long. For day and night Your hand was heavy upon me; my strength was sapped as in the heat of summer."

David says the best position you can be in in your life is to have all your sins forgiven, your moral mistakes forgiven, cleaned up and to know you're OK with God and that you have a new beginning. But he goes on to say that he wasn't really dealing with the junk that was between him and God until he had some bumpy landings. Until he started hurting physically, emotionally, until he felt God's heavy hand on him...until he was shot. That's when God got his attention and showed him that he needed to face his sin problem which was the ultimate cause of all his other problems.

It could be God is trying to make the same kind of announcement to you right now. I hope that through your bumpy landings Jesus can finally get your attention. His announcements? Well, things you might otherwise not have listened to or considered. He's using the trouble to say things to you like, "You're not enough, you need something lasting, you've tried it long enough without Me, or I love you so much." And He stands ready to do for you what you have needed and maybe avoided for years - to remove what's between you and the God that you need so much.

Jesus can do that because He absorbed all the guilt and all the hell of all your sin when He paid for it dying on the cross. And your bumpy landings may be all to bring you to the place that you've missed all these years - that cross where Jesus loved you enough to die for you. All the journey of your life has been to bring you to this moment where you could finally commit yourself to the Savior you were made by, the Savior you were made for, the Savior who loves you so very much. Then you will be able to say as King David did, "Lord, You forgave the guilt of my sin."

If you've missed Jesus all these years, if you don't want to miss Him any longer, you want to begin a personal relationship with Him, tell Him that right now. And I invite you to check out our website sometime as soon as you can today - ANewStory.com I've tried to lay out simply there and non-religiously how you can be sure you belong to Jesus.

Your bumpy landings may have shaken up your life, but only so you would turn your attention to the Son of God so He can finally bring you safely home.