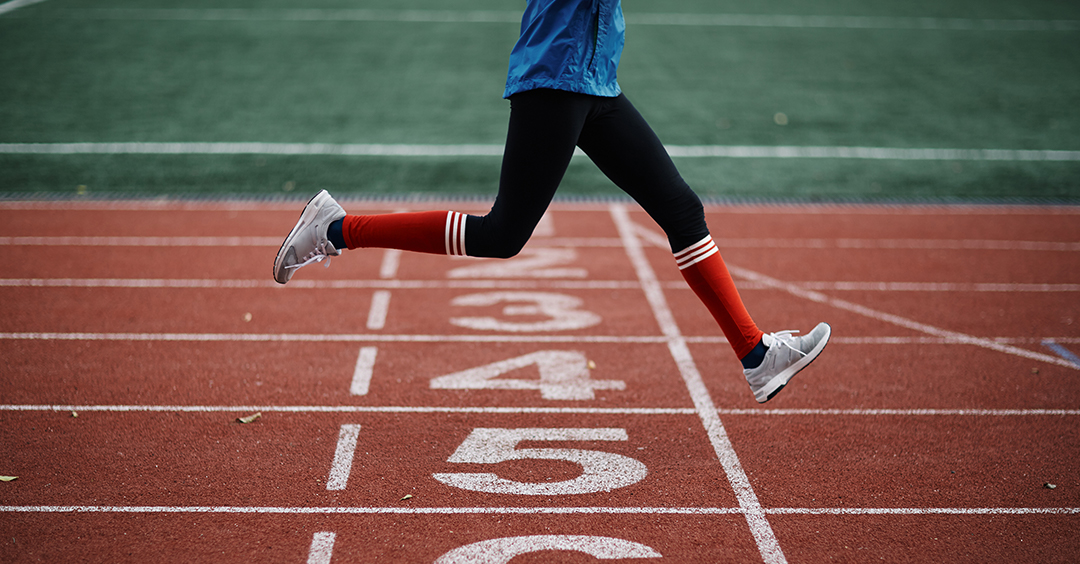 "The wall." I don't know what you think of when I say that, it could just be the surface you're looking at across the room, it could be something that has been proposed for some of the immigration issues in our country. It could be the Berlin Wall that used to separate East and West Berlin. Look, forget all that. If you're a marathon runner, I'm pretty sure what you think of when you think about "the wall" is that point in a grueling 26-mile run where you feel like your body is shutting down and you can't go another step. You've used up most of what you body has to give, and everything in you seems to be saying, "Quit now!" But the champions don't.

I'm Ron Hutchcraft and I want to have A Word With You today about "The Most Agonizing Race of All."

For three years of public ministry, Jesus had poured Himself out to meet the endless needs that were brought to Him, often with amazing miracles. He lived a life that was so perfect that even His enemies couldn't find anything wrong with Him, even after watching Him day and night. And He had given Himself fully to teaching the truths of His kingdom everywhere He went. He ran a perfect race.

But He hit the wall in the last lap, in a garden called Gethsemane, named after the olive press that crushed olives until the last of their juice had been squeezed out. Jesus knew that Judas, His betrayer, would soon be arriving with troops who were coming to arrest Him for the mock trial that would end in His brutal beating, and then in His crucifixion. As we watch Jesus hit the wall in this most agonizing race any man has ever run, I want you to remember He did not have to do this. He chose to do it for you.

In Luke 22, beginning with verse 41, our word for today from the Word of God, we read that "He knelt down and prayed, 'Father if You are willing, take this cup from Me; yet not My will, but Yours be done.' ... And being in anguish, He prayed more earnestly, and His sweat was like drops of blood falling to the ground." A doctor friend explained to me that sweating blood is a condition known today as hematidrosis - your capillaries, in essence, explode from unbearable stress. Was it the nails that Jesus was agonizing over? Or the spear they would thrust into His side? Not ultimately.

The horror that Jesus dreaded was having all the shame and all the degradation and all the filth and destruction of your sin and mine heaped on Him on that cross. He would experience, in a brutally compressed period of time, all the eternal hell of every one of us - worst of all, the chill of having God the Father turn His back on His Son because He was carrying your sin and mine. But Jesus finished that race, in spite of unbearable, hellish suffering for you. And just before He breathed His last, He shouted triumphantly from that cross, "It is finished!" (John 19:30). Everything needed to forgive the sin of your life and get you into God's heaven - it was finished as Jesus died.

The greatest tragedy of all would be if somehow you missed all He died for and you ended up in the hell that He died to save you from. But you have to take for yourself what He died to give you. You've got to abandon all your faith in your religion, or your goodness, or anything else and give yourself totally in faith to Jesus.

The stakes of this choice are so high, they are so eternal, it doesn't make sense to risk one more day without Jesus. Do you want to belong to Him? You want to be sure you do? First of all, tell Him, "Jesus, I'm Yours. I'm not running things anymore. You died for me. I belong to You. I do it your way from today on."

And then please make your next step going to our website to find out where to go next; how to be sure you have begun this relationship. Here's the address: ANewStory.com.

Make sure today that you've surrendered to His love, because to miss Jesus is an awful, eternal mistake.