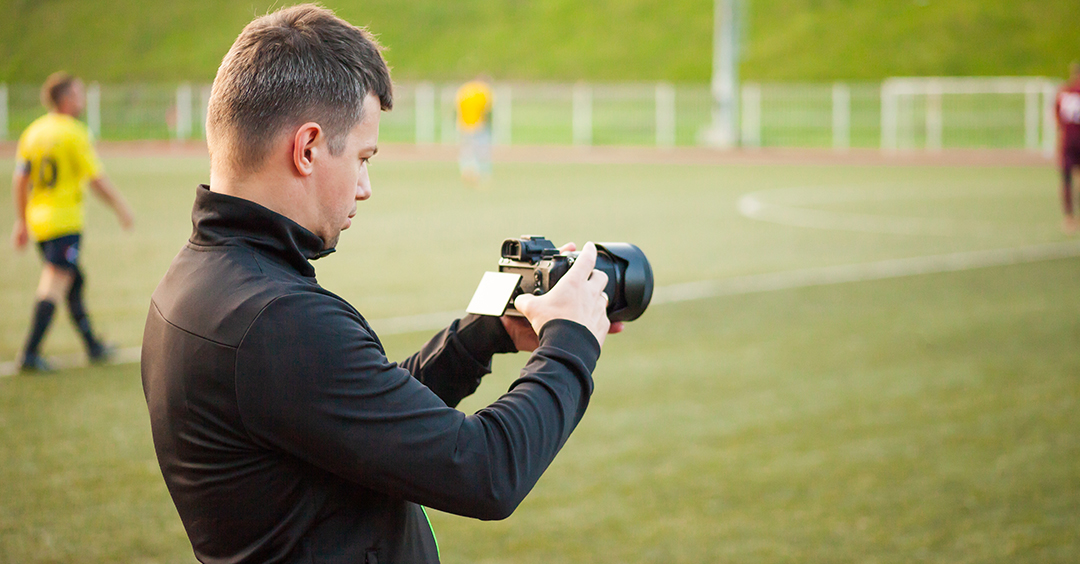 This might come as a surprise to you, but athletes often have egos as big as their biceps. One way I've observed that is that I used to take a lot of pictures of our local high school football team. And I would ask my youngest son, "What happens when we tell the players that we're going to show some of those pictures at an event?" And he said, "Well, instead of three people coming, about 300 come." "Why is that?" "All because they all want to see themselves on the big screen." That would happen. One of the fellows would come up to me afterwards and he'd say, "You didn't have me in any of the pictures Mr. Hutch."

Well, at the end of the season, we had a dinner for those fellows. I had a chance to share the Gospel and give them a chance to give their lives to Christ. What we would do is that they would have a chance afterwards to take a picture from the season home with them. I'd tell them that they could pick one picture and take it home with them. and I never had anyone take a picture of somebody else! Strangely enough, they always took a picture of themselves. I don't think they're that unique. I find that people never really get interested in a picture until they see themselves in it."

I'm Ron Hutchcraft and I want to have A Word With You today about "The Missing Word In Your Faith."

Our word for today from the Word of God comes from John 20:27-28. It's after the amazing resurrection of Jesus. He has appeared to all the disciples but Thomas. The disciples said, "We have seen the Lord!" Thomas said, "I don't believe it unless I can touch the nail marks in His hands and feet and thrust my hand into His side." Now Jesus appeared to them and Thomas is there. Here's what happened: "Then he said to Thomas, 'Put your finger here; see my hands. Reach out your hand and put it into my side. Stop doubting and believe.' Thomas said to him, 'My Lord and my God!'"

You know what impresses me most in this story? The pronouns. Let's go back through it and see if I remember anything from English class. It's first person and it's possessive. It's not our; it's not your. He says, "Jesus, you are my Lord, my God." You know, it's possible to be around Jesus your whole life and never make Him yours. Maybe you've heard about Christ for years, you've sung about Him, you've talked about Him, you've prayed to Him, but there's never been a moment when you really made Jesus first person singular for you.

Listen, walk with me up that hill outside of Jerusalem called Skull Hill, and think of Jesus being on that middle cross. Have you ever looked up to Him and said the two words that make all the difference between whether you know Him or not, whether you're saved or lost, whether you'll go to heaven or hell. The two words are, "For me. Jesus, you did it for me. It's my sin you're paying for and I want You to be my Savior. I believe you were their Savior for a long time, but I want you to be my Savior."

Many years ago a man in England toured a locomotive factory, and he was very impressed by the guide who took him around. As that man extended his hand to shake hands, he noticed the guide's hand drew up on him. Apparently the guide could tell that the visitor was a little uneasy with that, and he said, "Let me explain, Sir. Some years ago I was working on the tracks and I was in an industrial accident; I drove a spike through that hand and I've never been able to open and close that hand since."

I want to know Jesus as Lord as closely as that. Those spikes were driven in those hands for you. He's reaching out today through this program to you one more time. You've heard about Him before, but you've never taken it for yourself. With all the faith you've got, today reach out to Him and say, "Jesus, today you are my Lord, you are my God."

I'd love to help you cross that line and experience His love for yourself today. That's what we do at our website. I hope you'll go there next. ANewStory.com. That's it. This could be the day that the Savior who died for the whole world becomes your personal Savior.