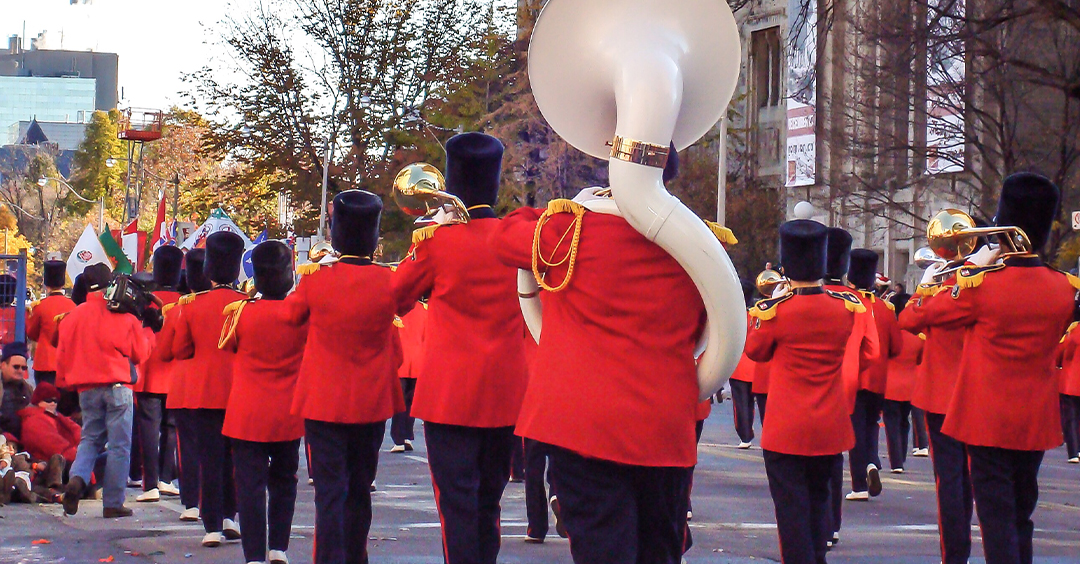 Well, I watched it as a kid, and then my kids watched it, and now my grandkids are watching it. Yep! Macy's Thanksgiving Day Parade has been around for a pretty long time! And those Rockettes, Well, the announcer said they've been around for over 50 years! That's just amazing they can still get their legs off the ground at that age isn't it?

Well, as the balloons float by on Thanksgiving, I kept seeing this one word on the store behind them, "Believe." I guess that's inspiring - vaguely. Actually, "Believe." That's a pretty popular message these days. Think positive thoughts. Have faith...in something.

I'm Ron Hutchcraft and I want to have A Word With You today about "The Message at Macy's Parade."

Actually, it really does matter what you believe. You can tell that from our word for today from the Word of God. Proverbs 14:12 throws up a serious "danger" sign when it says, "There is a way that seems right to a man, but in the end it leads to death." I read a few years ago about some young men fighting a wildfire out west, and the wind suddenly stoked that fire and it turned on the firefighters. Well, those rookies headed in the direction that they firmly believed was the road out. It was a dead-end road! They never made it out. They really believed in the wrong thing.

When it comes to the final outcome for our eternal soul, believing - well, now we're talking a life-or-death imperative. Acts 16:31 says, "Believe on the Lord Jesus, and you will be saved." God emphatically says, "There is no other Name under heaven...by which we must be saved" (Acts 4:12). Now, that's "saved" as in rescued from the forever death penalty of a lifetime of defying God. That's what sin is. It's doing what we want to do instead of what God wants us to do. And we've lost count; we could never add up the number of times in our life that we've done what we wanted instead of what God wanted.

And that lifetime of rebellion against God? It carries an eternal death penalty, and that death penalty can only be paid, of course, by someone dying...and someone did so you don't have to. But only one someone did, and that's Jesus.

I know there's all kinds of religions and moral philosophies and spiritualities. Listen, if a religion could have done it, if any spirituality could have done it, God would have never put His Son through the horror of that cross. No religion, including the Christian religion, can die for our sins; can get us to heaven. That's why "there's no other Name" but Jesus. It's not about there being only one religion. It's about there being only one Savior, only one rescuer, only one person who ever even claimed to die for our sins. There's only one person who backed up that claim by walking out of His grave under His own power, because only someone who has eternal life can give you eternal life. Jesus alone paid the price so you and I wouldn't have to.

So, we've got something... We've got someone to believe in who can make this life have meaning and the life after this life...eternal. You know, if you've never begun your relationship with this Jesus, if you've never taken all of your trust and put it in Him like a drowning person would put all their trust in a rescuer, let this be the day you do that. Maybe God has sent this message to you to move you beyond just believing in something, or even trusting in your religion, to trusting His Son, the Savior who died for you. Why don't you tell Him today, "Jesus, I'm yours. Starting this day, I am Yours."

Let me encourage you to go to our website. There's information there and encouragement that will help you get started with Jesus. Go to ANewStory.com. If you could begin a life with meaning and guarantee heaven forever with a commitment to Christ today, now that is a reason for a thanksgiving parade.