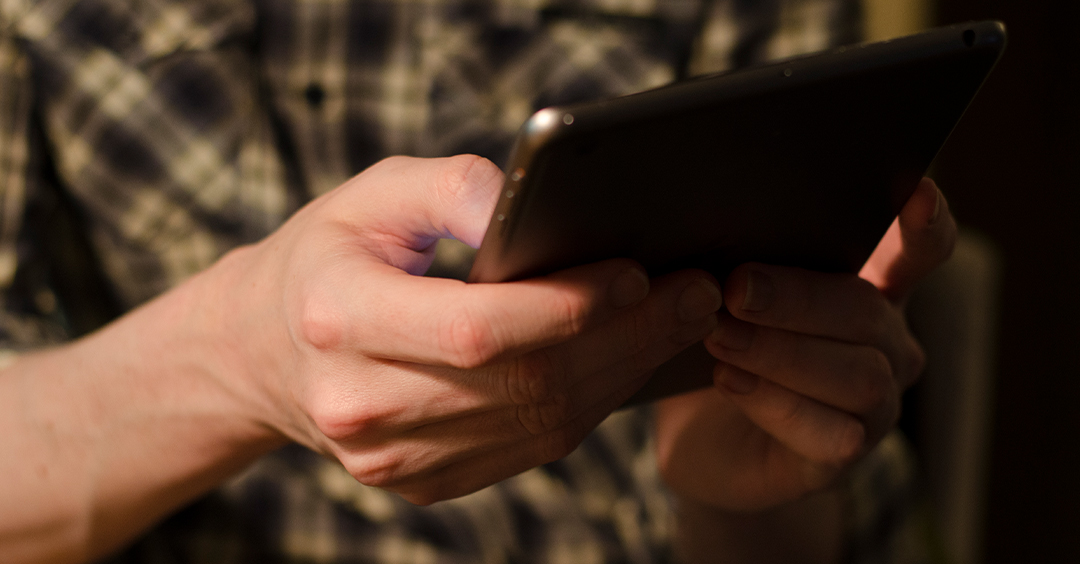 The image of a burning candle on an iPad. That's actually the way that many people paid tribute and honored Steve Jobs' death and life. How appropriate. I mean, he was that inventive genius; the innovative marketer who brought the communications revolution from the "geekosphere" to something you could actually hold in your hand.

Bill Gates described Steve Jobs' impact as "profound." News anchors, after his death, were quick to say he "changed the world." And yes, he did. He was always a newsmaker when he walked on that Apple stage to introduce technology's "what's next?"

But then after his passing, Well, people were asking "what's next?" on a much deeper level. What's next on the other side of our last heartbeat, when the obituaries and the tributes are for us?

I'm Ron Hutchcraft and I want to have A Word With You today about "The Man With 'What's Next?'"

Speaking at a Stanford University commencement, Steve Jobs said, "Death is the destination we all share. No one has ever escaped it." He's so right. A personal expiration date that God alone knows. And God's Book reveals in our word for today from the Word of God in Hebrews 9:27 that "man is destined to die once, and after that to face judgment." So it's not only death that's inescapable. It's that personal appointment with the God who made us.

And at that point, as Jesus said, "What shall it profit a man if he shall gain the whole world and lose his own soul?" (Mark 8:36). Not even all the religion in the world will be enough because, well, being right with God is according to the Bible, "not by works of righteousness which we have done" (Titus 3:5).

So there's a certain sadness. Not just because a famous man died somewhere, but because of so many lives that are more wired than ever, but more weary of life than they've ever been. No technology, no amount of Facebook "friends," no exciting new experience or relationship can ever satisfy that relentless thirst in our empty heart, and there's a reason. The Bible says, "God has set eternity in the hearts of men" (Ecclesiastes 3:11). We are forever searching for something that's "ever lasting" in a world where it's all so "never lasting."

When Jesus was talking at a well to a woman whose life was littered with disappointing relationships, He used the well as an example to tell us how to fill that "eternity" hole in our hearts. He said, "Everyone who drinks this water will be thirsty again (and, sure enough, we are). But whoever drinks the water I give him will never thirst. Indeed, the water I give him will become in him a spring of water welling up to eternal life" (John 4:13).

See, Jesus can promise life that's "eternal" because, well, He's proved He's got it to give. Because His obituary quickly became old news when He walked out of His grave and conquered what no one could conquer - He conquered death. But it was His death that made our "what's next?" nothing to fear. The Bible says, "Christ died for our sins" (Romans 5:8). And when He did that, He tore down the wall that would otherwise keep us out of God's heaven. If that wall is there when you die, then the last heartbeat you have is not the gateway to an awesome eternity, but to an awful eternity.

And that's why Jesus died, to take all of that punishment for us. He stepped out of heaven and onto the stage of earth to introduce what only He could and that's eternal life. He offers this amazing peace and fulfillment of knowing you're ready to live and ready to die, whenever and however it comes. So what we do with Him - whether we give ourselves to Him or stubbornly insist on being our god for our life - is immeasurably decisive. It's eternally decisive.

So, I urge you, if you're not sure you've begun a relationship with Him, make this the day you get that done and tell Him, "Jesus, I'm Yours." I think we can help you. Go to our website. It's ANewStory.com.

I accepted Jesus' invitation to "believe in Him" and as it says, "have eternal life" (John 3:16). So my obituary will not be the end. No, it's just the beginning.