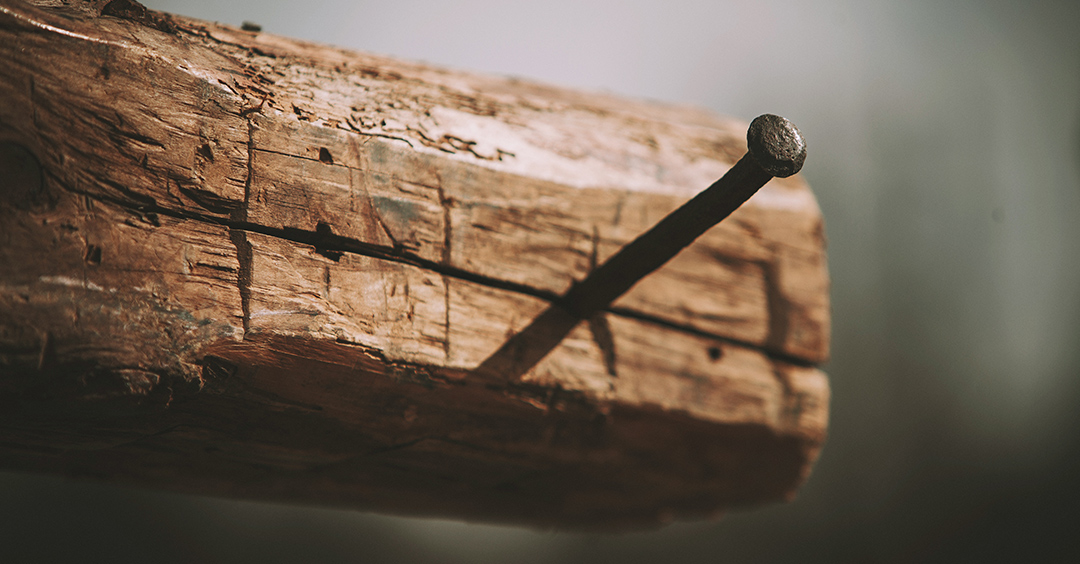 It started out as a family adventure; it ended as a family tragedy. James Reddick took his 12-year-old son and his 11-year-old daughter on a hiking expedition up on Mount Rainier in Washington State. All of a sudden, a freak snowstorm arose and it created instant blizzard conditions and hurricane force winds. There was a blinding "white out" around them; they couldn't go any further. Dad knew they had to create some kind of shelter. All he could do was to cut out a large hole in the ground; he used a cup from their cooking kit actually to do it, and then he put his children in that hole and covered it with a tarp. But the fierce winds just kept blowing the tarp away, and that left the children exposed to that deadly storm. The father tried everything he could to hold down the tarp. Nothing worked. Finally, he made one last desperate attempt to save his children. He actually lay across that hole himself to keep the snow from blowing in. Two days later, a search party noticed the edge of a backpack. They uncovered the hole and they found the two children alive and well. But first they uncovered their father who froze to death, protecting the ones he loved.

I'm Ron Hutchcraft and I want to have A Word With You today about "The Magnet in that Old Hunk of Wood."

That father had given the highest kind of love there is - the giving of his life so people he loved would not have to die. It is that kind of love that touches us in the deepest part of us; it is a compelling love. It's why I'm asking you to open your heart today to the One who has loved you like that.

It's Jesus who said these oft-quoted words: "Greater love has no one than this, that he lay down his life for his friends" (John 15:13). Then, in John 10:11, our word for today from the Word of God, Jesus says, "I am the good shepherd. The good shepherd lays down His life for the sheep."

I'm one of those sheep that He laid down His life for, and so are you. And that's why it's so important that you make sure you belong to Him; that you've responded to Jesus. The Son of God put His body between you and the awful consequences of running your own life, eternal separation from God. When He died on the cross, Jesus was taking the storm of God's judgment on Himself. He died so you don't have to.

Malcolm Muggeridge was one of the most respected British journalists of the last century. His keen insights and his distinctive writings appeared regularly in some of England's most respected publications. For much of his life, he was an articulate unbeliever when it came to Jesus. But later in life, his perspective changed dramatically. He became a committed and outspoken follower of Christ. When he was asked what drew him to Christ, here's what he said, "It is the cross, more than anything else, that has called me inexorably to Christ."

Not Christianity, not rituals, not beliefs, not even the great teachings and miracles of Jesus. It was His cross. It's like there's a magnet in that old hunk of wood; a magnet that drew me to the foot of that cross, and I saw how very much He loved me. In your heart, would you allow yourself to walk up to that old skull-shaped hill, stand there at the foot of that cross and look at the agony of the Son of God, nailed to that cross. And listen as He looks your way and says, "Father, forgive him." "Father, forgive her."

Put all the excuses aside, all your religion, your failures, those hypocrites you've known, those questions, and just let it finally overwhelm you. God's one and only Son loves me; He died for me! And then, bow down at that cross and give yourself to this One who cared more about your life than His own. Just tell Him, "Jesus, I'm Yours! You loved me enough to die for me. You were powerful enough to walk out of your grave under your own power. Come into my life today."

Then I want to invite you to go to our website, because it's got all the information you need to secure your relationship with Jesus. It's called ANewStory.com. That's why it's there. It's your time to pay a visit.

I can understand if you walk by Christians, if you walk by even Christianity. But don't walk by the cross! That is a love you dare not pass by. And, by the way, it is your only hope of heaven.