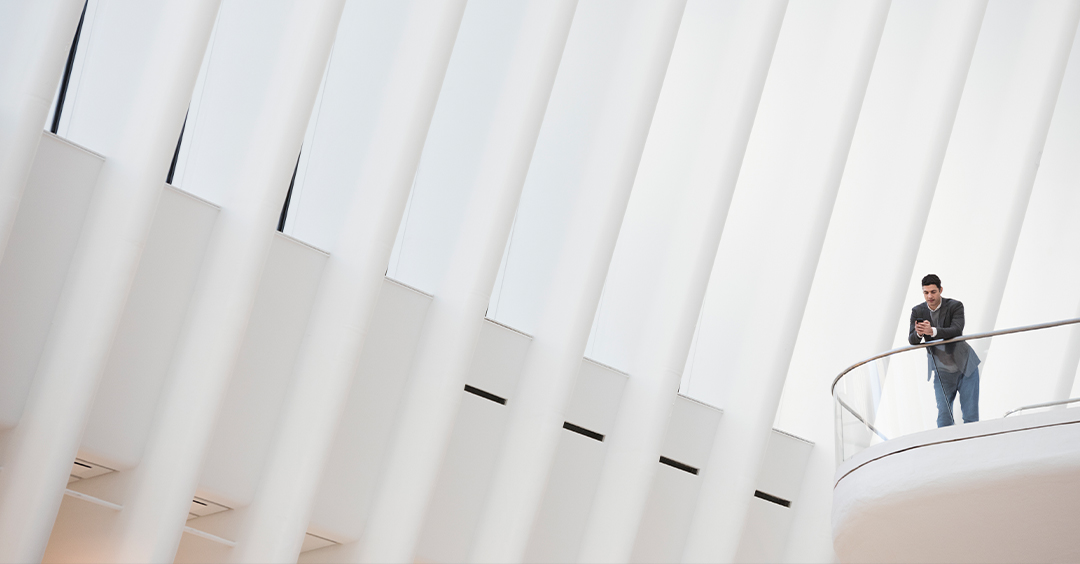 "Go to your room!" No, I'm not telling you that personally. I'm just saying those four words are some of the most dreaded words in a family. What it does, is it takes the family law breaker and consigns that person to that awful punishment - being alone. Now, on a more serious level, that same punishment is used when someone has been a severe offender in prison. What's the worst thing they can do to them to punish them? They put them in solitary confinement. "Go to your room, and stay there alone." More sadistic people have used aloneness as a form of torture to help break a person's resistance. In fact, there's not one of us who doesn't know from personal experience the awful feeling of aloneness - one of the darkest feelings there is. You've felt it. Maybe you are right now. And there isn't one of us who doesn't need the antidote.

I'm Ron Hutchcraft and I want to have A Word With You today about "The Last Lonely Man."

Some years ago, an actress named Inger Stevens was one of the top actresses in Hollywood. She was a beautiful blond, on a lot of successful TV series, in movies. She was one of the most dateable and the most dated women in Hollywood. And then suddenly everyone was stunned. She took her own life! I still remember what she wrote in a suicide note. She said, "I have felt so alone." Man, here she is; she's got guys who want to be with her, she's got so many friends, this beautiful, popular, successful woman. You couldn't tell it, but she felt so alone.

You know, in a world of stressed out families, superficial relationships, loneliness can be more epidemic than ever, and you just can't tell by looking who the lonely person is. That's why we need to meet the last lonely man.

Our word for today from the Word of God, Matthew 27:46, Jesus Christ is dying on that cross. "About the ninth hour Jesus cried out in a loud voice, 'Eloi, Eloi, lama sabachthani?' - which means, "My God, my God, why have you forsaken me?" Now, here's Jesus, God's only Son, experiencing total aloneness. You know why? So you would never have to. Totally alone so you don't have to be. Cut off from everyone. Most of all, cut off from God, the Father.

See, inside us...inside you there's this gnawing sense that we're missing a relationship. Well, it's the ultimate relationship. We sort of hope every friendship, or romance, or maybe a family member will be that relationship. And no matter how much they love you, they may be feeling alone sometimes. Just like there's this voice inside that says, "Someone's missing."

Well, someone is missing. It's the One who made you. It's the One you're going to. And you know why He's missing? Isaiah 59:2 tells us, "Your iniquities (that's your sins) have separated you from your God." You and I are separated from the one relationship we can't live without. We're cut off from that relationship we were made for. Jesus took your place on that cross. He was cut off from God; paying for your sin...for my sin so we don't have to be cut off from Him.

And when you ask Jesus into your life, the wall between you and God comes down and the promise of Jesus is for you. He said, "I will never leave you or forsake you." A religion can't alleviate your loneliness. Beliefs can't do it. Only a person can do that; a person who will never leave you, never forsake you, no strings attached. And Christianity isn't really a religion; it's the person Jesus Christ. He allowed Himself to be cut off from the ultimate relationship so you never have to be. He was in that sense the last lonely man...or the last person who ever has to be totally alone again.

If you've never had that time in your life when you said, "Jesus, I'm Yours. I want to take what You did on that cross as being for my sin. I want to belong to You." Let that be today. Tell Him, "Jesus, I'm yours."

Our website, I think, can help. A lot of people have found information there to help them begin their relationship with Jesus. The website's ANewStory.com. I hope you'll go there. If you'll give your life to Jesus today, you've just spent your last day alone.