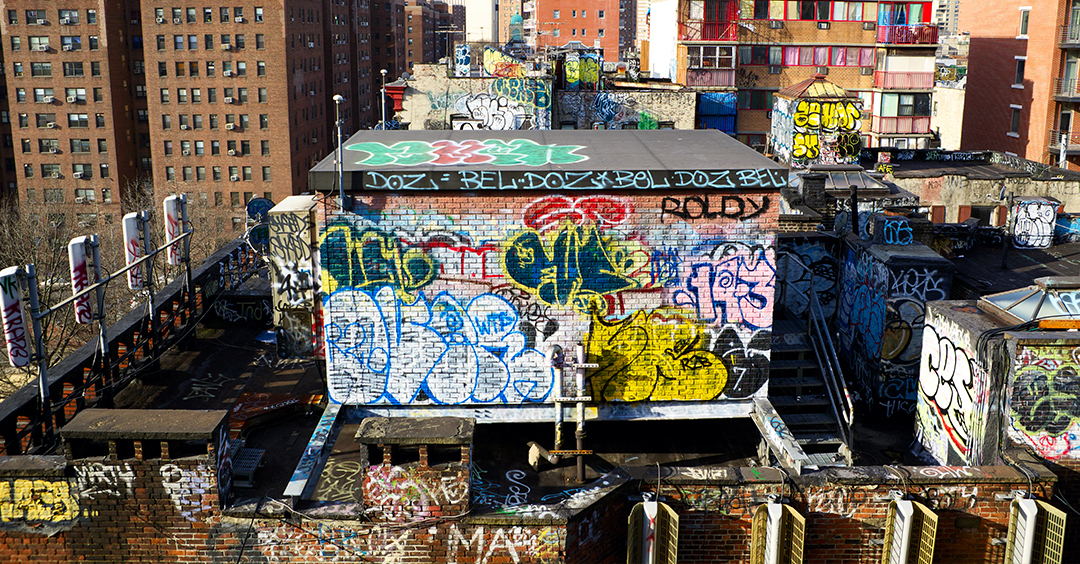 Tony was one of the best-liked teachers in our local school - at least he had our kid's vote. As he and I were working together on a project at our house, I was really surprised to learn about his background. I never would have guessed it. See, he grew up in a very tough neighborhood in our area. It was sharply divided into these ethnic pockets. Well, actually, into ethnic gangs. And Tony, by his own admission, was a fighter. Most of the guys in his neighborhood were. And then, five of his good friends died violently in two months time - five friends in two months; one of them his very best friend. Two of his friends are now serving prison terms - two of the survivors that is.

I said, "Tony, what happened to you? How did you ever make it out so well? How did you ever get out of all that? You've grown up to be a very positive adult. How did it happen?" His answer left a stunned silence in the room. And in a sense, his answer is like an answer of mine.

I'm Ron Hutchcraft and I want to have A Word With You today about "The Knife and The Nails."

Our word for today from the Word of God comes from the book of 1 Peter 2, and I'm going to read verse 24. Then I'll tell you what Tony said. Speaking of Jesus Christ it says, "He himself bore our sins in His body on the tree so that we might die to sins and live for righteousness." Okay, I'll tell you about my teacher friend, Tony. I said, "Tony, after all that gang violence you grew up around, what made the difference?" He said, "Ron, it was another gang fight. My best friend was stabbed to death that night." And then I saw something I had never seen. His eyes filled with tears. He said, "Ron, the knife that got my best friend was intended for me. My friend took my knife and that changed the whole course of my life."

At that point, my eyes filled with tears. And I said, "Tony, maybe you can understand why I try to live my life for Jesus Christ. It's for the same reason. He took my knife; except He's the Son of God." That's what 1 Peter 2:24 said, "He bore my sins in His body on the tree." That death that Jesus died on the cross wasn't His; it was mine, it was yours, it was our bill to pay for our sins. He didn't have any to pay for. The penalty for all the sin and all of my self-centered days of my life is death - being cut off from God. But Jesus said, "Punish Me instead." He took more than my knife and your knife. He took all our hell.

You probably didn't have to turn on the radio today or read something to know that Jesus died, or that He died on the cross. You probably knew that. You may even know that Jesus died on the cross for people's sins. But you may have never gone to the cross in your heart and spoken the two words that make all the difference between heaven and hell and life and death. The two words: "for me." "It's my knife, it's my punishment, it's my sins. You're doing this for me, aren't you Jesus?" And the day you do that, the wall between you and God is gone forever, and you have peace at last. And you want to give up the sin that killed Him. You want to live for what He loves. And you know that He can do these things. He can change your life, because He didn't stay dead. He blew the doors off His grave and walked out of His grave under His own power. And He stands ready to walk into your life today at your invitation.

If you tell Him today, "Jesus, I'm Yours," you'll belong to Him forever. All because you realized today that what happened on that cross was a divine transaction offered by God and His love for you to erase your sin from His book forever. This could be your day today for that to all happen. I've tried to lay out as simply as I could on our website how to be sure you have this relationship. Just take a little time and go visit ANewStory.com.

In a very deep, eternal sense, God's Son took your knife. How can you say no to Him? Go to that cross and say the two words that make all the difference forever, "For me." "For me."