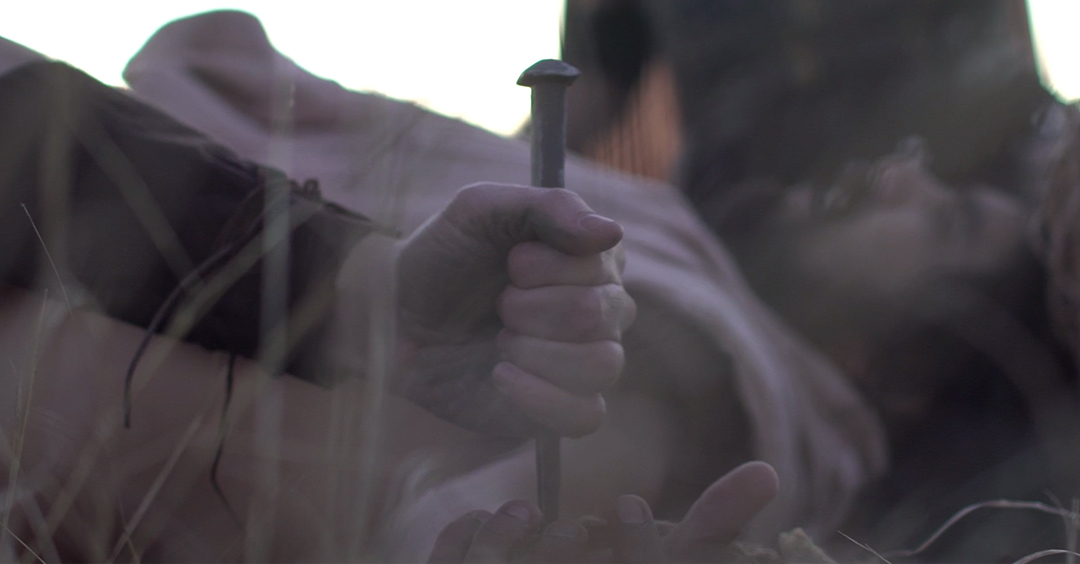 Hollywood really missed this one. It was a movie no one was willing to distribute; a movie most thought would have a limited audience. But from its midweek opening, Mel Gibson's "The Passion of the Christ" a few years ago took off like a rocket. Soon it became apparent this movie portraying the agonizing last twelve hours of Jesus' life was going to be a blockbuster, whose box office numbers were up there with the record-breakers. But according to Director, Mel Gibson, this movie ultimately wasn't about commercial success. It was, for him, a deeply personal project, portraying what he described as "Christ's wounds that healed my wounds." The personalness of Jesus' death to him surfaced vividly on the day they were filming the driving of the nails into Christ's hands. It's a not-to-be forgotten moment. The director himself grabbed the mallet and spikes from the actor who was supposed to be nailing Jesus to the cross. The cameras kept rolling, and in the movie it is Mel Gibson's hands we see, wielding the hammer and driving the nails into Jesus' hands.

I'm Ron Hutchcraft and I want to have A Word With You today about "The Hand on the Hammer."

Time Magazine's cover article on "The Passion" asked this question: "Who Killed Jesus?" Well, in one sense, no one killed Jesus. He said, "I lay down My life...No one takes it from Me, but I lay it down of my own accord" (John 10:17-18). Actually, that makes sense. Who can kill the Son of God? He created the men who put Him on the cross! He created the tree he was dying on. But Mel Gibson understood something when he drove those nails - that it was his sins that made Jesus' sacrifice necessary. It was my sins. It was your sins. In a sense, you and I had our hand on the hammer.

God makes that crystal clear in Isaiah 53:5-6, our word for today from the Word of God. The Bible says, "He was pierced for our transgressions, He was crushed for our iniquities; the punishment that brought us peace was upon Him, by His wounds we are healed."

So why did the way I've lived my life necessitate this horrific crushing of God's one and only Son? The Bible continues: "We all, like sheep, have gone astray, each of us has turned to his own way; and the Lord has laid on Him (that's Jesus) the iniquity (or the sin) of us all."

Most of us would like to think that we're pretty good people, that we can somehow contribute to our own going to heaven. Romans 3:10, though, delivers God's verdict on all that goodness, "There is no one righteous, not even one." We are all under the eternal death penalty for running our life. So my only hope, your only hope is to look at that cross and say, "Jesus, some of those sins you're pouring out your life for are mine - for all the angry things I've done, the dirty things, the selfish things. You're dying for my pride, my lust, all the hurtful things I've ever done." To put it simply, your only hope of having your sin erased from God's book forever, your only hope of getting into His heaven is to go to Jesus' cross and say, "For me. This is for me!"

Has there ever been a time when you've consciously told Jesus that, when you've abandoned all other spiritual hope and pinned all your hopes on Jesus? If not, you're still carrying the awful death penalty for your sin. But this very day, you could change that by trusting fully in the one who already paid your penalty.

If you're ready to finally make the Savior your Savior, would you tell Him that right now? "Jesus, I'm yours. What you've done on the cross and the fact that you came out of your grave, that's my only hope. Today I give myself to you." Look, our website is all about helping you begin your relationship with Him. Please go there. It's ANewStory.com.

This can be the day when every wrong thing you've ever done will be forgiven by God, erased from His Book, when you trade a hell you deserve for a heaven you could never deserve. Today you can experience for yourself the love that thought you were worth dying for.