your most important relationship 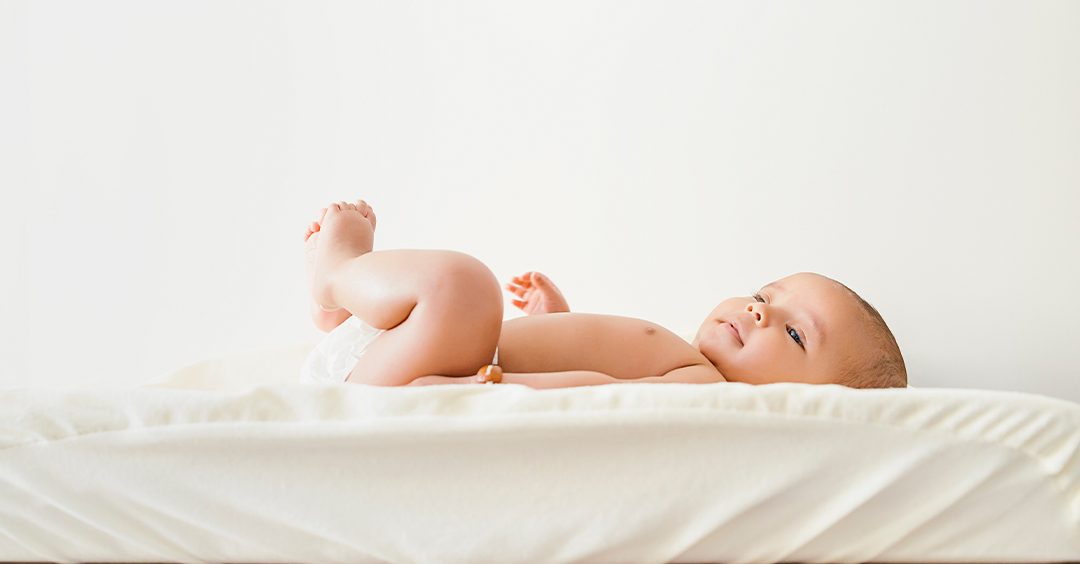 Ten pounds, ten ounces! Our grandson was born and weighed in at that weight. Man that's a lot of boy! Just ask his mama! And even though he wasn't our first grandchild, there was still something breathtaking and amazing about the arrival of a new person in this world, isn't there? I couldn't help but think of when his daddy was born. I was there in the delivery room when he arrived, and I'll never forget what the doctor said. Now keep in mind, this is a doctor who's, well, seen thousands of deliveries over a long career. As I held my newborn son, the doctor said, "You know, this is the greatest miracle known to man." He got no argument from me.

I'm Ron Hutchcraft, and I want to have A Word With You today about "The Greatest Miracle."

Out of all the ways Jesus could have explained how we can go to heaven someday, I'm glad that He chose to describe it as birth. Because that's one experience we all understand - we all have that in common. And having been close to the arrival of several family members, I'm impressed again with the parallel Jesus drew to what our doctor called "the greatest miracle known to man."

The birth route to heaven is described by Him in John 3, beginning with verse 1 - it's our word for today from the Word of God. "A man of the Pharisees named Nicodemus; a member of the Jewish council, came to Jesus at night." Now, he came with spiritual questions and he was stunned when Jesus said, "No one can see the kingdom of God unless he is born again. You must be born again."

Now, no modern preacher or religious leader came up with that idea of being "born again." It was Jesus Himself. And whatever being "born again" means, there's obviously no way you can go to heaven without it.

There's no doubt about our grandson's arrival. In fact, he'll be celebrating that day for the rest of his life. Being born again means that a person's relationship with God has a definite beginning. That beginning is described a couple of chapters earlier in the Bible. It says, "To all who received Him (that's Jesus), to those who believed in His name, He gave the right to become children of God" (John 1:12). So the definite beginning of belonging to God is when a person "receives" Jesus, when they "believe" in Jesus.

That's because of what keeps each of us from having a relationship with God. In the blunt words of the Bible, "Your sins have separated you from your God" (Isaiah 59:2). That's every time we've done something our way instead of God's way, and those are like countless. It's the way we've basically said, "God, You run the universe; I'll run me thank you." The eternal penalty for that is being separated from a holy God, now and forever. There's only one way that sin wall could be removed - in Jesus' words in the "born again" account, "God so loved the world that He gave His one and only Son." Jesus came to die for the sinning you and I have done.

So the day you reach out and take for yourself what Jesus died to give you, you are born...again. And this was originally said to one of the most religious men of Jesus' day. So, it's obvious that there's no one so good that they don't need to be born again. Because we all have the cancer of sin. And we're going to die without the cure.

Which leads to the very personal question of whether or not there's been a time when you were born...again. If you don't know you were, you probably weren't. And you desperately need to be. This day could be your re-birthday - if you'll just open your heart to Jesus right where you are. Tell Him, "Jesus, I've run my own life, and I resign. I believe You died to pay for every wrong thing I've ever done. And beginning today, I'm Yours."

If you just prayed a prayer like that, and you want to be sure you belong to Christ, and maybe you're considering that, I really want to encourage you to spend a few minutes at our website. That's what it's there for - ANewStory.com.

Let today be the day when you personally experience what truly is "the greatest miracle known to man."