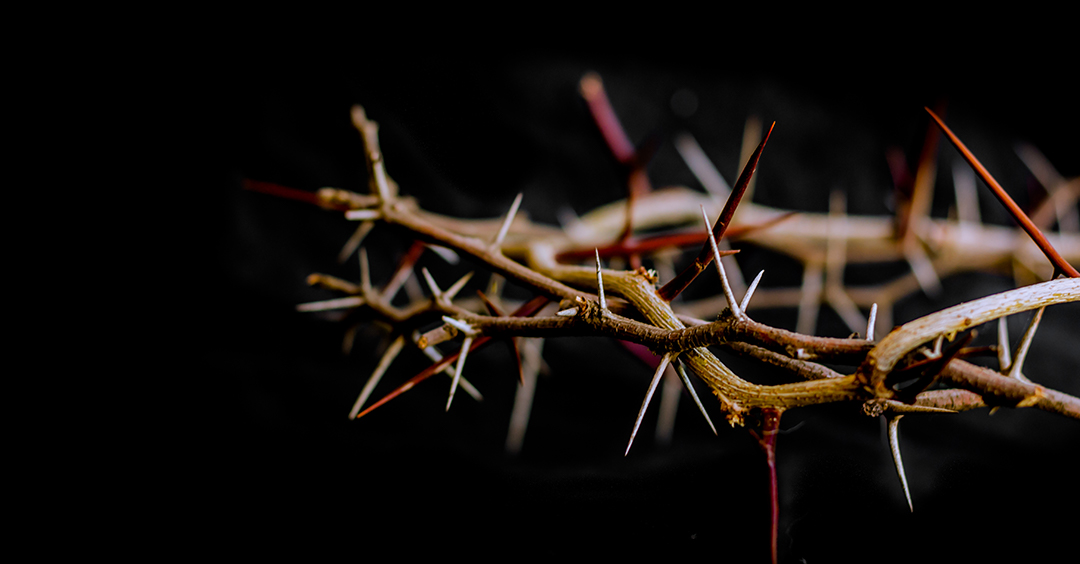 I think my brief visit to Israel has to be one of the richest memories of my life. I'm not selling Holy Land tours; I'm not going to have a Ron Hutchcraft Holy Land Tour that I'm promoting. I'm just remembering with you in my company, some especially golden moments. One of those was in this dark, damp, cobblestone basement of what is now a church on the Via Dolorosa. Two thousand years ago it wasn't that church; it was part of the palace of Pontius Pilate, the Governor. And I realized that I was standing on stones where Jesus was humiliated in front of a howling mob by some hardened Roman soldiers. And I can't forget the feelings of that. The guide showed us some markings that were scratched into the stones there; probably by some Roman soldiers. He said, "This was a board for a crude game. They called it The Game of The King, and the soldiers loved to play it. In fact, they may have played it with Jesus on those very stones. And you know what, that game is still being played today.

I'm Ron Hutchcraft and I want to have A Word With You today about "The Game of The King."

Our word for today from the Word of God comes from Matthew 27. I'll begin in verse 27. It's a familiar and really heart-rending passage about the suffering that Jesus went through even before His crucifixion.

"Then the governor's soldiers took Jesus into the Praetorium and gathered the whole company of soldiers around Him, stripped Him, put a scarlet robe on Him, then twisted together a crown of thorns and put a staff in His right hand and knelt in front of Him and mocked Him. 'Hail, King of the Jews!'...They spit on Him, took the staff and struck Him on the head again and again. After they had mocked Him, they took off the robe and put His own clothes on Him and then they led Him away to crucify Him."

Now, they told us as we stood in that place that had been the place of trial in Pilot's palace that the game of the king was something that the Roman soldiers often played. And the winner in this game shot dice on this board that they scratched out on the stones. And that winner got to pick a prisoner, who they would get to "honor" as king for the week, and they would bring Him out and they would subject Him to all kinds of humiliation. That was their prize. In this case, it was the King of Kings. He created those soldiers! All the proper symbols were there. There was a robe, a crown, a scepter. The words were right - The King of the Jews. But it was all mockery.

Oh, you probably say with me, "Man, that's ugly. That is perverted." Well, it is. But some of us may be playing an updated version of The Game of The King today. Could it be that you're saying all the right words about Jesus, "He's the King! He's the Lord!" You go to the right meetings; you carry all the right symbols: a Bible, Christian literature, church involvement. But it's kind of a mockery. Those soldiers had no intention of actually doing what Jesus said.

Look at your life; your romantic life. Your words may say, "Jesus is Lord," but who's really running it? How about your business? Who's running it - Him or you? Listen to the recordings of what you sound like at home. Who's the king of your family relationships, your money, your music, your mouth? Who's really running things? It's not the words that count.

You can't play games with the King of Kings. You can't play games at His cross. He died for you, and maybe this is your day. Maybe He's come to you today through our little visit to say, "Come to Me today and make it real for you." Do you want to do that? Tell Him, "Jesus, I'm yours." Maybe visit our website. There's a lot of help there for you - ANewStory.com.

Remember, those who play games with the King always lose.