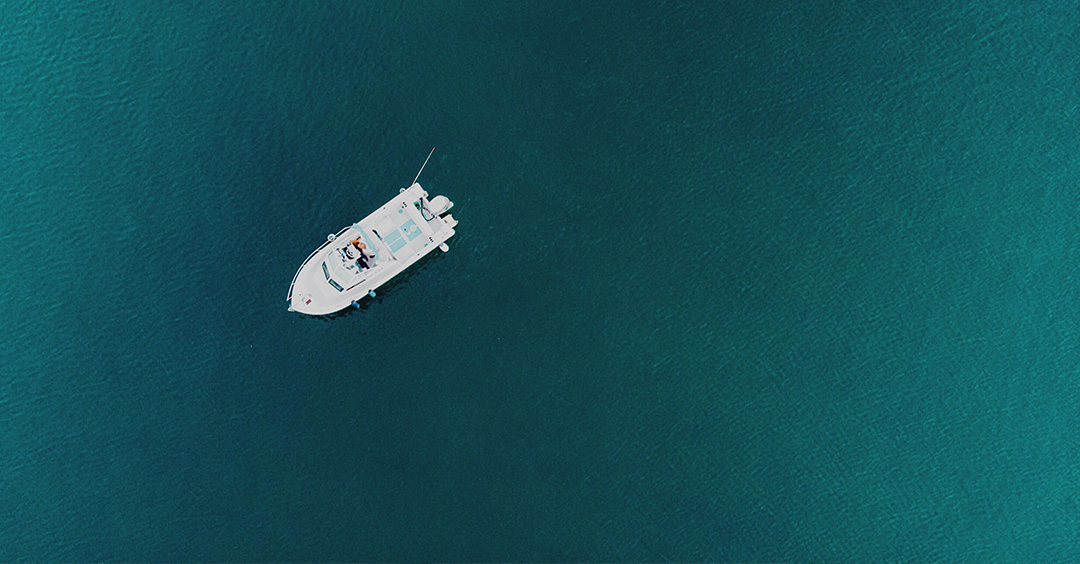 The cable news people called it a miracle. So did the man who is alive today because of what happened. He'd gone out for an afternoon on his boat off the coast of California. He didn't expect that sudden high wind that hit his vessel. Threw him catapulting over the rail and into the water. The boat continued moving with its propellers nearly cutting him to pieces. He escaped that danger with relatively minor cuts, but now he was alone and adrift in these cold waters, knowing that hypothermia would soon set in. He was unable to sustain himself in that water, and he prayed for divine help. And at that moment, he saw a balloon floating on the water nearby. He grabbed the balloon, put it under his shirt to keep him buoyant. There's one problem with balloons - they tend to lose air. And slowly, the balloon that was holding him up just did that.

With hypothermia beginning to set in, he was at the end of his ability to stay alive or to stay afloat. He closed his eyes, knowing death was going to be near. He said, "All I could do was begin to say the 23rd Psalm out loud, 'The Lord is my shepherd; I shall not want.' When I got to the part that says, 'Though I walk through the valley of the shadow of death, I will fear no evil, for Thou art with me,' (He said) I opened my eyes. And there, floating in front of me, was a board. I grabbed it. I hung on tight. Then, in front of me, I saw a large buoy. I paddled to that buoy, only to be challenged by a huge sea lion." That's when he was sure he was going to die. But that was when, five hours after he'd gone overboard, his brother arrived in a search boat and saved his life. Wow!

I'm Ron Hutchcraft and I want to have A Word With You today about "The Difference Between Life and Death."

Here's a man facing a seemingly deadly situation, a series of amazing intervention, and the arrival of the rescuer who was his only hope...just in the nick of time. For someone listening today, that's not just a story. It's actually your story, or it's about to be. It's my story. It's a story of millions of others whose only hope was a rescue - a spiritual rescue.

Our word for today from the Word of God is really just eight powerful words from Zephaniah 3:17. It simply says, "The Lord your God is mighty to save." He really is. He has both the love and the power to do whatever it takes to save you from the emptiness and the turbulence of a life away from God, and more importantly, from the awful agony of an eternity without God. He's in the saving business.

Like that man overboard, the Bible says that we're all in a deadly situation from which we can't save ourselves, and often we don't even know the danger we're in. The Bible says we are "without hope and without God in this world" (Ephesians 2:12) - away from the Source of our life because we've hijacked our life from Him. It's called sin. It's a lifetime of willful choices that have ignored and disobeyed God's laws. And the Bible says, "The wages of (that) sin is death" (Romans 6:23). We're overboard, we're drifting, and we're dying.

Along the way, though, the One who is "mighty to save" has sent you some "boards" and "balloons" that would keep you afloat until you could find the real Rescuer. You are alive today by His grace and His intervention in ways you don't even know. He's wanted you to have a chance to grab the hand of His Son, His rescuer from heaven. Because one day you will "walk through that valley of the shadow of death," and your only hope is those four words, "You are with me." If Jesus isn't with you when you enter eternity, you're without hope. If He is with you, you're in heaven forever.

Today, the nail-pierced hand of heaven's Rescuer is reaching for you. The nail prints are there because He had to die so you could live; took the penalty for your sin. And this day, you have to make your choice about Him. How do you grab His hand? You say, "Jesus, I've done it my way. I'm done. You died for my sin. I am Yours." In that moment, you're saved, you're rescued, and you're safe.

Our website will help you cross over. All the information you need is there. ANewStory.com. Because none of us knows how much longer we have to choose life. So, would you let today be the day that you grab the hand of that One who is mighty to save?