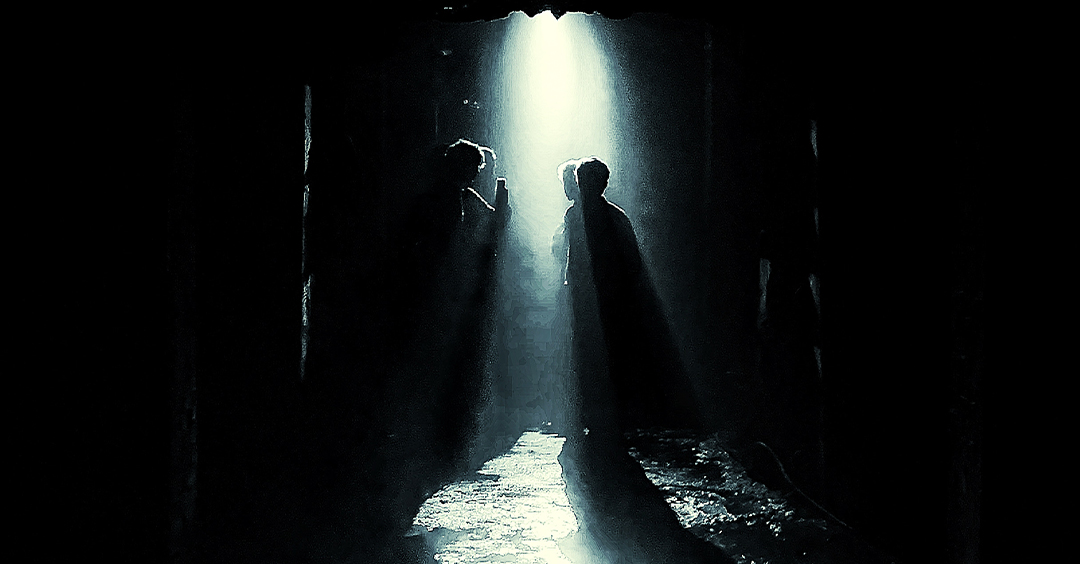 It's only a story, but the point it makes is a reality not to be ignored. As the story goes, there was a day when the devil called an emergency meeting in hell. All his senior demons were there. The agenda: how to increase the number of people who were going to hell instead of heaven. The first demon to speak said, "Let me launch an all-out attack on people's belief in the Bible and Jesus as the Son of God. Before I'm finished, they won't trust either one, and hell will be full." The devil was impressed and he released that first demon to launch his doubt offensive on the future inhabitants of eternity. After an appropriate time, Satan reconvened his council of senior demons. He wasn't pleased, especially with demon number one. He said, "The number of people coming to hell is up only slightly since you tried your little strategy of creating doubt. This isn't working! We need a better idea."

That was when demon number two stepped up with a plan he believed to be foolproof. "I will launch an all-out campaign to convince people they will have to give up too much to follow Jesus. It costs too much! It's too hard! That's what I'll tell them." Satan was fascinated with that proposal and he wished demon number two great success. It didn't happen. The traffic coming into hell did increase some, but not nearly enough to satisfy the enemy of every human soul. No, he wanted many more.

All the other demons were afraid to offer another plan for fear of failure and the devil's displeasure. All the other demons except one, that is. Demon number three asked Satan for permission to launch a top secret strategy - one which he would only reveal after the results were in. The devil was skeptical. But since nothing else was working, he let demon number three put his secret plan into action.

Within weeks, the floodgates opened. More people were ending up in hell than any of the demons had ever seen. Satan again convened his demon council to find out what was this strategy that was bringing so many people to hell. When the third demon explained it, everyone was amazed. And that strategy for keeping people from heaven is the sober reality we all need to consider.

I'm Ron Hutchcraft and I want to have A Word With You today about "The Deadliest Day in the World."

The third demon explained: "I actually tell people they do need Jesus and that they should give Him their life." Satan was ready to explode! The room was quiet as a tomb when the third demon said: "I tell them to come to Jesus...tomorrow."

And that's the word that has sent so many people to hell - tomorrow. "I know I should open my heart to Jesus. I'll get right with Him - tomorrow." Listen to God's urgent call in 2 Corinthians 6:2. It's our word for today from the Word of God. "I tell you, now is the time of God's favor, now is the day of salvation." That word salvation, it's a rescue word, because rescue is why Jesus came.

Our sins have earned us the eternal death penalty that the Bible calls hell. A hell which could be cancelled only one way. It took the Son of God Himself taking your hell and mine; taking your punishment for you. You did the sinning; Jesus did the dying. When a rescuer extends his hand to you in a burning or collapsed building, you don't wait to grab it. Your chance to live is now.

And Jesus is extending His rescuing hand to you today, even as I'm speaking these words. He's the tug you feel in your heart. None of your reasons for waiting are worth risking an unthinkable eternity. Now is the day of salvation. God said it. Don't risk it. The rescue happens when you grab Jesus your Rescuer with both hands and say, "Jesus, You're my only hope. I'm Yours from today on." Because today is the only day you can be sure of.

Our website is there to help you get this settled once and for all. I hope you'll go there today. It's ANewStory.com. Please visit us today at ANewStory.com.

If they could, so many people on the other side of eternity would say to you, "Don't wait for tomorrow." Because for them, tomorrow never came.