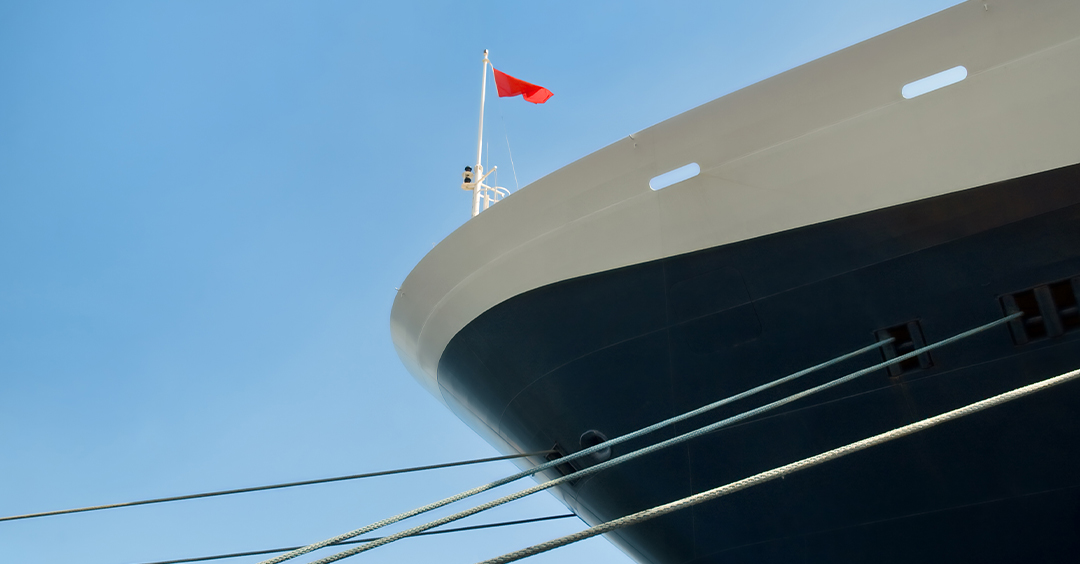 "So are you planning to go on a cruise sometime soon?" It was the guy checking me out at the drugstore, and he was pointing to the newspaper I was buying and sort of asked that with a wry smile. Because on the front page was this haunting picture of that capsized Italian cruise ship that went aground a few years ago now.

Here's a ship larger than Titanic eerily leaning into the sea and costing the lives of some of the passengers. And, of course, thousands of passengers are telling their stories of panic, and mayhem, and harrowing, uncoordinated escapes. And the captain? Well, he was under arrest, charged with the responsibility for that tragedy. Courts of law, of course, had to sort that out, but ultimately there were some troubling accusations: that he caused the collision by negligent, even criminal navigational decisions; that he abandoned his sinking ship and his desperate passengers. There are recordings of him openly defying official's commands to return to the ship and reports that he had a history of disobeying orders.

I'm Ron Hutchcraft and I want to have A Word With You today about "The Captain and the Crash."

A maritime trial lawyer said, "The captain is the master of the vessel. Every crew member looks to the captain for guidance and leadership. He has to take care of life and property in that order. A lot was lost because of a captain who made some terrible choices and ultimately steered his ship into the rocks.

Here's what troubles me. I see myself in that captain, because like all my fellow humans, I've wanted to be at the helm of my life, taking it where I wanted it to go. But Captain Ron was never meant to captain this ship. It's not even my ship. I'm God's creation. I'm made for His purposes, not mine. But I've hijacked the wheel; I've taken this ship where it was never meant to go. We all have. Isaiah 53:6, our word for today from the Word of God says this: "We have left God's path to follow our own."

Inevitably people end up hurt and we end up in trouble. Oh, it was one thing when my sinful choices were largely just taking me down. But then I brought a wife on board, and children, and friends and co-workers. So now, it was at the point when my "me-first" choices caused hurt and brokenness, and I was taking my passengers with me. All the selfishness, the anger, the dirty stuff, the pride, the wounding words, the stubborn self-will...too often they hurt most the people we love most. And when we run the ship into a rock, they go down with us.

According to the Bible, we're all dangerously off course. "All have sinned and fall short of the glory of God" (Romans 3:23), the Bible says. And the destination is unavoidable: "Sin, when it is full grown, gives birth to death" (James 1:15). Our being at the wheel has left us spiritually and relationally shipwrecked. Marriages hit the rocks because the wrong captain's at the helm. Children break our hearts because, in many cases, they're copying us - wrong captain. Friendships are broken, promises are broken, hearts are broken, lives are broken, because someone incapable of being in command has taken over the ship.

But once again, as in so many tragedies, the story of a sinking cruise ship has a hope word in it - "Rescuers." Yeah. Those passengers are alive today from that ship because some rescuer risked himself to save them. And not only am I a captain who wrecks what he tries to run, but I'm also a man who's alive today because of a Rescuer. His name is Jesus. And Paul said he "kept doing the things he didn't want to do." But he said, "I found the answer was in Jesus Christ, our Lord." (Romans 7:19, 24-25 - NLT)

He wrote that 20 centuries ago, but the same man who rescued me from the wreckage that caused sin in my life is that man, Jesus. He didn't risk His life to save me; He gave it for you too. And the day you surrender the wheel to Captain Jesus, that's the day you start heading in the direction you were made for. Let it be today. Say, "Jesus, I'm yours beginning today."

Go to our website - find out how to begin that relationship - ANewStory.com. Because you'll find in Jesus the captain who knows exactly where He's going, who makes no mistakes, and who will never never abandon you.