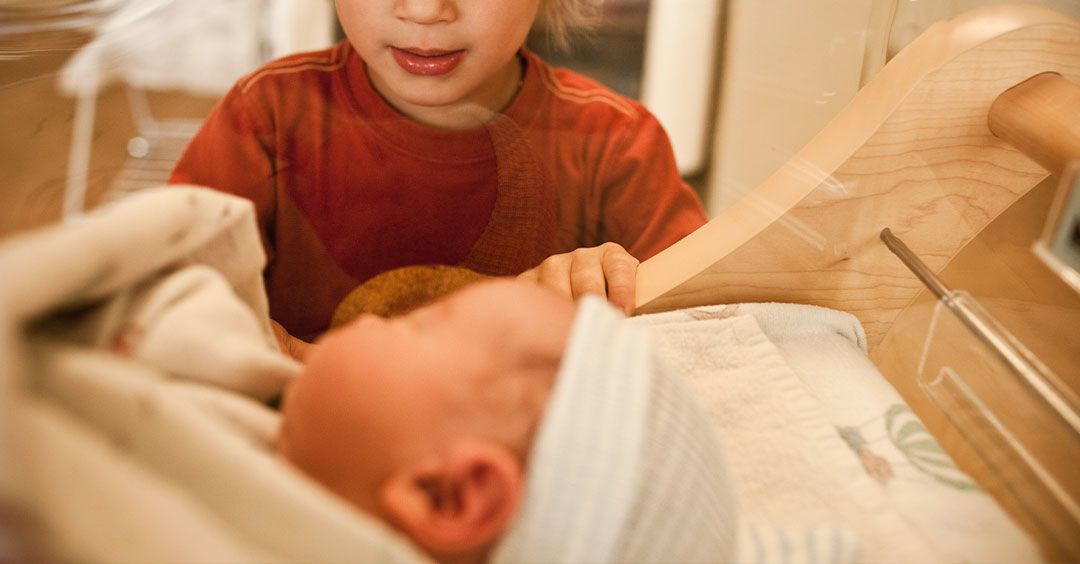 Our babies were all born in nice, warm hospitals. But with the frigid weather systems that blew across the country, you know, last winter and just about every winter, I can't imagine a baby being born outside...on a city street, no less. But that's exactly what happened in Toronto. As a 20-year-old young woman was trying to walk to the nearby hospital, she didn't get there in time - the baby came.

It couldn't have happened at a worse time; an extreme cold alert had come out from the city, the temperature was dropping below five degrees Fahrenheit. By the time an emergency team could get the fragile little newborn to the hospital, it was apparently too late. The baby was declared dead. Just even saying that makes me sad.

I'm Ron Hutchcraft and I want to have A Word With You today about "The Bad News and Good News About God."

Two police officers at the hospital were asked to guard the baby's body while they contacted the coroner. And that's where it gets pretty incredible, because the policemen thought they saw movement under the sheet. They called for medical staff, who confirmed that the baby was alive! The police officers have been credited with saving that baby's life.

Medical folks speculated that it was a case of hypothermia slowing the baby's metabolism and brain activity to where it seemed like the baby had died. One way or another, it feels like a miracle to me. And a miracle that reaches into my soul and says, "Ron, can't you see yourself here?"

Yeah, I can, because of the Bible's startling description of me. In Ephesians 2:1 it says, "You were dead." Oh yeah, lungs breathing, heart pumping but dead - spiritually dead. Because we're so much more than protoplasm and proteins. When God breathed life into man, Genesis says, "man became a living soul." Bodies die. Souls keep going - forever. And that's the part of me the Bible reveals was dead. Spiritually flat lined.

Oh, I didn't know it, but I was still dead. Because I've taken the life God gave me to live for Him and I've done with it what I wanted to do with it. Which essentially means enthroning myself as "God" for me. Cosmic rebellion. "Sin."

So God's diagnosis from the Bible says: "You were dead in your sins." Separated from the source of all spiritual life, away from God, living without any meaning here, and then away from God forever.

Yet like that "dead" little baby in Canada, I'm miraculously alive. Here's the miracle in our word for today from the Word of God in Ephesians 2:4-5, "God...loved us so very much, that even while we were dead because of our sins, He gave us life when He raised Christ from the dead." See, that's what it took. Only God could do it.

If you're dead, you can't resurrect yourself. If we've just got defects, doing a lot of good things should balance heaven's scales. Right? But we're dead. There's not one thing a dead person can contribute. So anyone who's hopeful that being good will get them to heaven is depending on a life preserver that's got a fatal leak.

No, only God gives life. And this is where it gets amazing beyond words. Here's the Bible again: "God saved you by His special favor when you believed. You don't take credit for this; it's a gift from God. Salvation is not a reward for the good things we have done" (Ephesians 2:8-9 - NLB).

I can't do a thing to resurrect my sin-deadened soul. Jesus did it all. It's got to be all Him and no me. But when you pin all your hopes on His life-giving sacrifice, man, that's when life really begins.

If you've never done that, if you would like to make sure you've got this settled with God, I invite you to join me at our website ANewStory.com. This is the day that life can begin for you. You will have a new story.