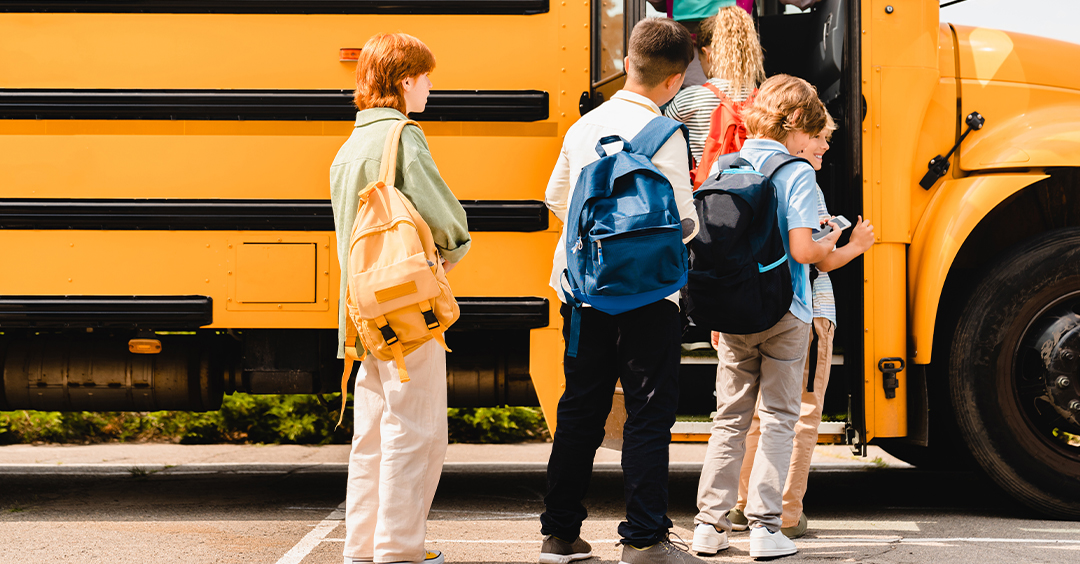 Some kids aren't even sure what their school bus driver looks like. They're still asleep when he picks them up in the morning. But every child who's ridden in that yellow "limo" knows that the "chauffeurs" come in all kinds of flavors.

You've got the kind bus driver who greets everyone by name, the grumpy ones who seem to want to be somewhere else, the wisecrackers, the happy road warriors, and then there was Chuck Poland, who really loved his Midland City, Alabama passengers - to death.

But when a man with a gun boarded his bus and demanded to take some children with him, Chuck Poland stopped him. One student reported that the intruder kept saying, "I'll kill y'all." No children died, and all but one got out safely. Chuck Poland didn't however. He died there with four bullets bringing him down. As America prayed for the safe return of the one child being held hostage, the story of one caring man's heroism touched us all.

I'm Ron Hutchcraft and I want to have A Word With You today about "That Magnificent Magnet."

Back at Super Bowl time, which preceded this incident, there had been a lot of talk of "heroes" in the game. But the real hero was a man who drove a school bus that week. His daughter said that he always considered his young passengers as "his kids." Yes, he did. He put himself between them and the danger.

Honestly, I couldn't watch that story back then without two things happening. My heart was moved, and I thought about Jesus. So did people at the man's funeral. One fellow bus driver said, "What Chuck did was the same thing Jesus Christ did. He laid down his life to defend those school children." Those words are right out of the Bible, and they're our word for today from the Word of God, 1 John 4:16 - "This is how we know what love is: Jesus Christ laid down His life for us."

What gets me here is those words "laid down." Jesus actually said, "I lay down My life; no one takes it from Me" (John 10:17-18). How could anyone take the life of the all-powerful Son of God? He made the tree He died on. He created the men who nailed Him there. He let them beat His back bloody. He let them jam the thorns into His scalp. He let them drive spikes through His hands and feet.

But more than any Hollywood portrayal of His crucifixion could ever show, He endured a soul torment no one ever has, because He had poured out on Him all the hell of all the sin of all mankind. From His shredded soul, He cried out, "My God, my God, why have You forsaken Me?"

And some of those sins He died to pay for were mine. Some of them were yours. Nobody ever loved me - nobody ever could love me - like that. The burden of my sin was forever lifted the day I said, "Jesus, I'm Yours." It was said of that Alabama bus driver, "You died knowing you kept everyone safe." I think that's the word I feel - safe. Because Jesus stood between me and the "bullets" of the judgment I deserved for my sin. Jesus died. I'm safe. I'm speechless. It's no wonder that the only thing God's going to want to know when you stand before Him is, "What did you do with My Son?"

The only life-saving choice is to put all your trust, pin all your hopes on the Man who died for your sins so you do not have to. If you've never done that, I invite you right where you are to say, "Jesus, I'm yours." You might be ready to receive the pardon and the life that Jesus died to give you.

You can find out how to do that. Just go to our website, and I hope you'll go there today. It's ANewStory.com. I pray you'll do that, because it's time to get this settled and go to sleep tonight knowing you are forgiven.