pain your most important relationship men opening up 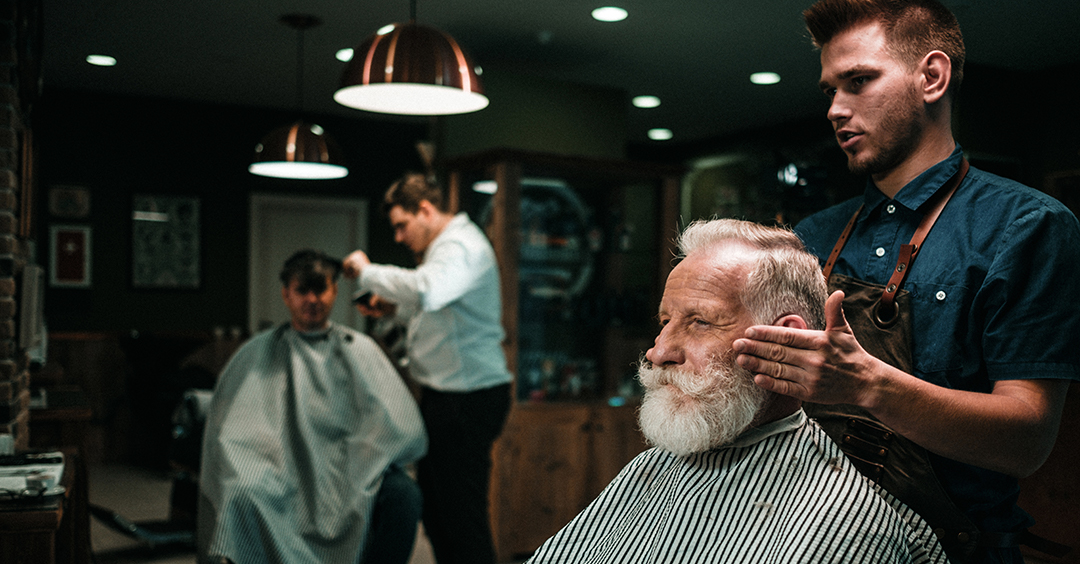 Barber shops are interesting places to do a study of the male half of the human race. It's really "Guy's World." That's what made me take special notice of the dad who came into the barber shop with his two young daughters. They were doing fine, and it was really neat to see how the three of them got along. I smiled at that dad and I said, "Your daughters are really well-behaved. It must be interesting to have them here. It's kind of a 'guy's world' isn't it?" "Yeah," he replied. "Not much talking."

I'm Ron Hutchcraft and I want to have A Word With You today about "Silent Guys."

It was never meant to be this way. Just go back to the creation of guys. Adam was king of his domain there in the Garden of Eden, managing things for His Creator. But even with all of that, according to Genesis 2:18, our word for today from the Word of God, "the Lord God said, 'It is not good for the man to be alone. I will make a helper suitable for him.'" So, God created woman because a man's work and achievements could never be enough to complete him; he needed relationship. He needed someone outside of himself to share his life with.

Man was never meant to be an island, keeping everything to himself. We were never meant to be some Lone Ranger, wearing a mask to cover up our identity. God made us to need a shared life. But sadly, a lot of us men have somewhere bought the lie that manhood means keeping your deepest feelings to yourself. Some of us got it from a father who seldom let anyone into what was behind his macho mask. And if you had a dad like that, you know how frustrating it was; you never really knew where you stood with him; you wished that he would express his love to you, his approval, his joy, and even his hurts. You never knew him. Then we grow up and we repeat that cycle and then we do it to those we love.

The people who love you and the people you love desperately need for you to express your tenderness, your hurts, your expectations, and your needs. Even if you never saw that or got it yourself, if you could just risk letting them know that you don't have it all together; that sometimes you're weak, sometimes you struggle, sometimes you're wrong, you're unsure, it would open up a depth of closeness and healing you never thought you could experience. They'll trust you more not less. And if you're a woman in the life of a man who struggles to express his feelings, be very careful when he does. Some men don't say it because of the harsh things that happen when they do.

Men who don't talk much, who don't express what's inside, end up leaving a painful trail of tears around them, frustrated sons, wives who don't know where they stand, daughters who are love-starved, and terribly vulnerable to the sexual mistakes of a girl who's unsure of her father's love.

One thing I love about Jesus - He sets men free to feel, to forgive, to love, because they've experienced His love and His forgiveness as men who have accepted for themselves His sacrifice on the cross for every sin of their life. Which, if you've never done that, it's a step I pray you'll take this very day. In fact, that can begin when you say to Him, "Jesus, I'm yours. I've been running this thing long enough. It's time You run it. You were supposed to run it all along. You died for all the things I've done wrong because I have been running it. So this day, Jesus, I belong to You."

If you're ready for Jesus to drive, finally, let me invite you to go to our website. It's called ANewStory.com, because a new story could start for you there.