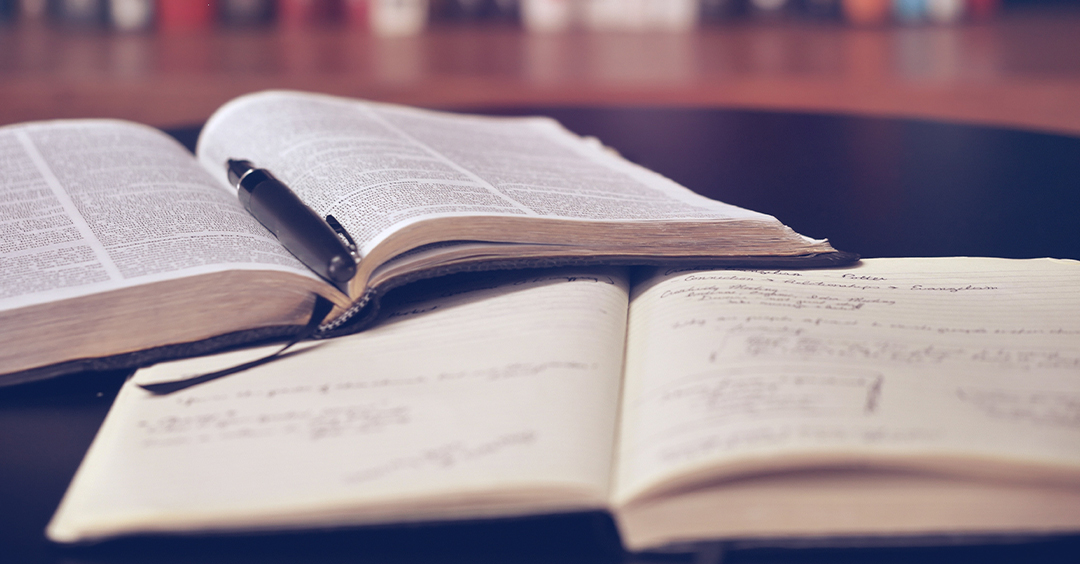 Yeah, I'm just not used to news reporters referencing the Book of Revelation. But, you know, in recent times I've heard some of them doing it. These aren't ordinary times. They've been referring to statements in the Bible about things like earthquakes and disasters, and references to what the Bible calls "the last days." They keep using the word apocalyptic. You know, you think about what's been going on in our world, and nature, and in governments, and between people, and you can understand why people are starting to think Bible a little bit. The Bible talks about these last days - the last days of human history - the days before the personal return of Jesus Christ who will change things forever.

Well, for example, a few years ago, there was a massive earthquake in Japan, Chile and New Zealand. They had on TV a map of the Pacific "Ring of Fire," which is that part of the world where most major quakes erupt. It showed Japan on the northwest corner, New Zealand on the southwest corner, Chile on the southeast corner. And then if you went up the West Coast of the United States, the final corner in the northeast. You could guess what the headline was, "Is California next?"

I'm Ron Hutchcraft and I want to have A Word With You today about "Scary Times."

Now, of course, there's an additional concern in the aftermath of a natural disaster. A few years ago we saw in Japan the specter of possible nuclear meltdowns, and that had people imagining some "apocalyptic" scenarios. The former Speaker of the House even called it "beyond biblical" what we were seeing. And then there's all the revolutions that have popped up in our news and seems like the whole world sometimes is shaking .

And then throw in a pandemic.

In our word for today from the Word of God, Jesus said a lot of this would happen. In Luke 21:11, He said "there will be great earthquakes...in various places and fearful events." Of course there have been earthquakes for thousands of years, but apparently they're going to get bigger and more frequent before Jesus comes.

Jesus also said there would be "wars and revolutions" (Luke 21:8) and "nation (and that original word actually means ethnic groups) will rise against nation, and kingdom against kingdom...on the earth, nations will be in anguish and perplexity" (Luke 21:25). I couldn't help but think as I watch, you know, long-entrenched governments around the world quaking with tidal waves of disease and protests and revolution.

Then the Lord of the future, Jesus, went on to say that "men will...be apprehensive about what is coming in the world" (Luke 21:26). There'll be upheaval in nations, there'll be unrest in our souls." And then the drum roll! Here we go! "At that time they will see the Son of Man coming in a cloud with power and great glory" (Luke 21:27).

So, as a tsunami was racing across the Pacific, I saw this cable news banner: "People are urged to take urgent action to protect lives." Our potentially "apocalyptic" world seems to be calling us to one of two spiritual responses, or "urgent action." If you belong to Jesus, act urgently to tell people you love about Him - no more excuses, no more stalling. And if you don't have a personal relationship with Jesus, act urgently to give yourself to Him. That's how you'll be safe forever, no matter what shakes, no matter what swamps all of us.

He is, after all, the Rescuer who died for your sins. He's the Conqueror who beat death on Easter Morning; He's alive. He can come into your life. And He's the King who will write the final chapter not only of human history, but of your history.

If you don't belong to Him, never been a time you've given yourself to Him, let this be the day. These are times to make sure you're anchored to the Lord of the future. Just say, "Jesus, I'm done running my life. I believe You died for my sin. I believe You're alive today and I'm Yours starting today."

You want more information about this? You want to be sure you belong to Him? That's happened for a lot of people when they went to our website. I want to invite you to do that today. It's ANewStory.com.

Here's the promise from the Bible: "Therefore we will not fear though the earth give way and the mountains fall into the heart of the sea, though its waters roar and foam and the mountains quake with their surging...the Lord Almighty is with us" (Psalm 46:2-3, 7). It's the same in those earthquake drills, "Hold onto something heavy." Well, that's Jesus.