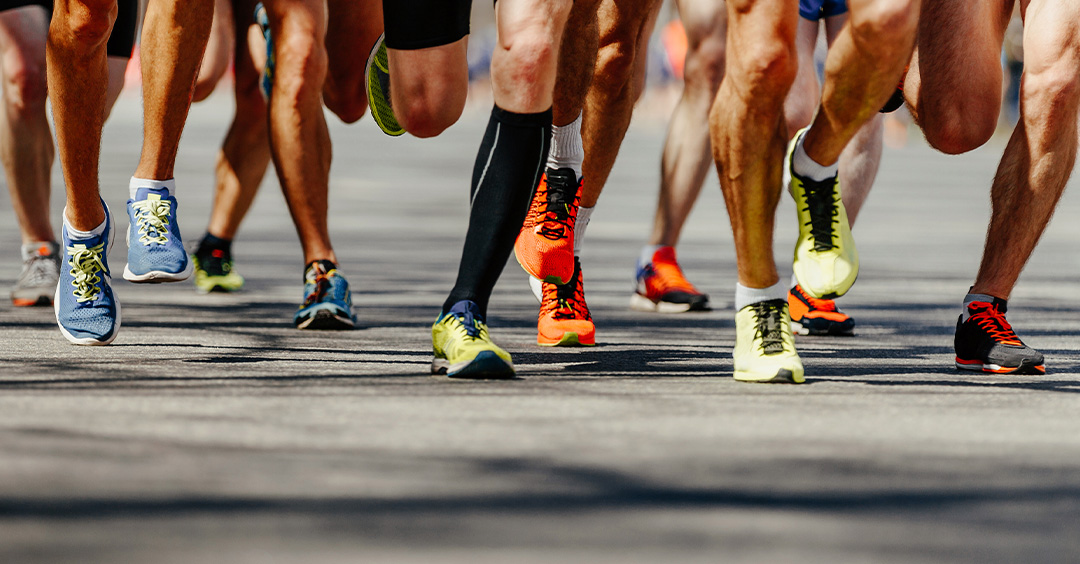 Now, you know something huge has happened when my Yankees are playing the Red Sox fans' favorite song - at Yankee Stadium! Well, that's what happened when bombs suddenly rained death and destruction on the Boston Marathon. The shock waves, of course, reached around the world. And it brought back an all-too-familiar wave of sadness to my heart and a lot of others.

As always, of course, the images were seared into our memories. You know, the blast, the victims and ultimately the capture. Oh, yeah, and then there was Bill; the 78-year-old runner in the orange tank-top. He was almost to the finish line when that bomb went off, and he was the one that was blown to the pavement by the blast. With the help of a race assistant, Bill was up in a moment crossing the finish line. He finished second in his division.

I'm Ron Hutchcraft and I want to have A Word With You today about "Running After You've Fallen."

The President of the United States talked about Bill when he spoke at the memorial service. He used him as an example of hope and resilience. Then he looked right into the camera and addressed those who were now fighting to recover what the bombs had stolen. Twice he said, "You will run again." I was pretty moved.

Since then, I've found myself mentally replaying Bill's fall and the President's words. Replaying Bill's race because of the race I run, and the times I've been knocked down. We've all had those sudden blasts that blew us over. Right? They threatened us reaching the finish line: the medical bombshell, the marital explosion, the layoffs, the accident, or the injury, the loved one you lost.

And then there are the painful outcomes of our own bad choices: failing to do what we knew was right, or letting down the people who were counting on us. But time and again, I've heard a voice saying, "Get up, Ron. You will run again." And I did. I am.

He's done the same for so many people I know. People hit with a blast that leveled them. People who might have stayed down or been carried off, but they rose again. Because He did, after He got the most savage blast anyone has ever endured.

All the weight of all the wrong of all the world on Jesus' shoulders. All the selfishness and the pain it's caused. All the hell of all the sinning humans have ever done - that I have done.

When millions of Americans watched the bloody portrayal of Jesus' death on a mini series called "The Bible," it literally lit up social media with viewers whose hearts were breaking over what they saw Him go through. But the reality is, it was awful beyond what Hollywood could ever show. As the Bible says, "It was our sorrows that weighed Him down...He was wounded and crushed for our sins. He was beaten so that we might have peace. He was whipped so we could be healed..." The Lord laid on Him the guilt and the sins of us all" (Isaiah 53:4-6). Wow! Knocked down, nailed to a cross, and buried behind a boulder.

But He came back. And He's been running ever since. He guarantees that all who run with Him will cross the finish line with Him. And He picks up fallen runners, and tells them, "You will run again." Whatever you've lost. Whatever you've done. Whatever's been done to you. Our word for today from the Word of God, John 14:19 Jesus says, "Because I live, you will live also." He is the Hope the blast cannot touch. He's the death-beating Savior who says, "We will finish this race together."

However far you've fallen, however devastating the blow you've endured, this Jesus can forgive you, He can restore you, and He can carry you. I'd love to help you know Him personally. In fact, today you could just say "Jesus, I'm Yours. You died for me, You love me that much. You came back to life so You could come into my life. Come in and change me."

Go to our website. You'll find there a lot of hope, a lot of answers for how to know you belong to Jesus. It's ANewStory.com. And listen to Jesus as He tells you how you can run again, and run with Him from here all the way to His heaven.