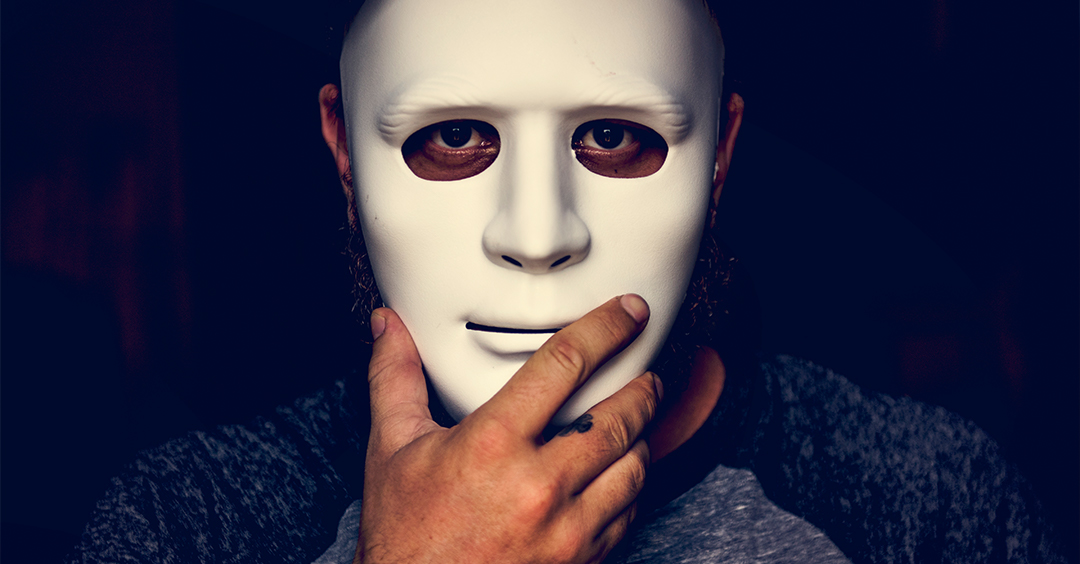 Today he's a respected Christian professional in our community. But legend has it that he had a strong streak of mischief in him when he was a boy, and maybe even now. An older friend from their church told me that when this man was four, his pastor came up to him at a football game and sat down next to him. And the pastor said, "Well, Mark, what have you been doing with yourself lately?" To which Mark replied with a smile, "Would you believe praying?" To which his pastor replied, "No, Mark, I wouldn't believe it." Smart pastor.

I'm Ron Hutchcraft, and I want to have A Word With You today about "Right Words, Wrong Heart."

It doesn't take long to learn the right church answers, does it? Man, we know what to say. A four-year-old boy can do it! And many of us have been around a lot longer than that and we know the words to say. The danger is you can really fool yourself spiritually, just because you know all the right words, you go to all the right meetings, and you do all the right things. Tragically, a full Christian vocabulary can mask a dangerously empty heart.

Jesus actually talked about that in our word for today from the Word of God in Mark 7:6. He said of some deeply religious people, "These people honor Me with their lips, but their hearts are far from Me." And you can be sure that getting into heaven will be based on what's in your heart, not on your lips. Your eternal rewards from Jesus will also be based on what's in your heart, not your lips. Remember, "The Lord does not look at the things man looks at," the Bible says. "Man looks at the outward appearance, but the Lord looks at the heart" (1 Samuel 16:7).

We called some Native American Christian friends of ours a while back whose daughter has been struggling with some serious moral issues and life issues. The daughter was willing to talk with my wife, but only in her mother's words, "after she puts her coat on." Now that expression was new to us. Our friend explained that sometimes Native Americans use that expression to describe saying what you think the other person wants to hear.

It's wise to stand back every once in a while and ask, "How much of my Christianity is really about Christ and how much is a mask, a role I'm playing, human expectations I'm trying to fulfill? How much of it is just my church?" If there's been more than one you, the Christian and then the other guys, maybe you're tired of playing charades spiritually, you're tired of the performance, you're tired of the mask. It's time to say, "Jesus, I've been saying all the right words, but You know how hollow it all really is and now so do I. I just want to have You. I want to know You for real. I want this to be all about a Christ-relationship, not the Christian religion."

And if you've never really given yourself to Jesus, this could be the day you move from playing a role to the reality of actually knowing this awesome Savior. Don't you want that? If you're ready to begin this relationship for real, please tell Him that. That's the important thing. You could say, "Dear Jesus, I believe when You died on that cross, some of those sins you died for were my sins. You have paid my death penalty. You walked out of your grave under your own power. You're alive. You can give me eternal life and I turn from the running of my own life, and I place the rest of my life completely in Your hands." That's the new beginning right there.