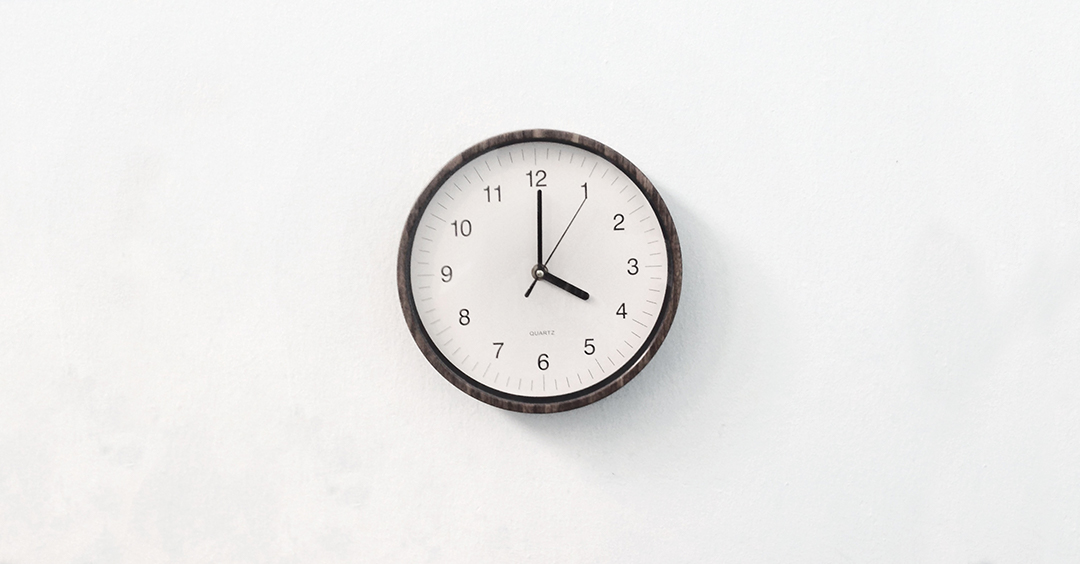 Every year they have this annual White House Correspondents Dinner. I don't watch it often, but some years ago I actually did watch it and I was pretty amazed by what I heard. Reporters from all over the world are at this dinner, and the President of the United States is usually there - not always. He usually does an uncharacteristically humorous speech. I've seen several Presidents do that. Well, the President finished and then one of America's most popular comedians was introduced as the night's entertainment. But this man, who is known far more for being suggestive than being spiritual, made this statement: "I've been watching the evening news a lot lately with my Bible opened to the Book of Revelation. And as I'm hearing what's happened in the world, I just go 'check, check, check.'"

I'm Ron Hutchcraft and I want to have A Word With You today about "Realizing What Time It Is."

That's a comedian - not a theologian - observing how closely current events seem to be following the Bible's description of the world's climactic events. But these days a lot of people are suddenly thinking about things like a future that's beyond our control and an eternity that's just one heartbeat away. There's this sense - both cosmically and personally - that our time might be shorter than we thought.

Our word for today from the Word of God comes from the first chapter of Revelation, and it's a reassuring note actually in a pretty unpredictable world. In Revelation 1:8, Jesus says, referring to the first and last letters of the Greek alphabet, "I am the Alpha and the Omega...who is, and who was, and who is to come, the Almighty." Then in Revelation 1:17-18, Jesus says, "Do not be afraid. I am the First and the Last. I am the Living One; I was dead, and behold I am alive forever and ever! And I hold the keys of death and Hades."

As countries rise and fall, as leaders come and go, as the world seems to be exploding or imploding, Jesus is the unchanging, undying Lord of human history. That was settled the day He walked out of His grave under His own power after His death for our sins on the cross. When every loved one is gone, when everything you've been depending on collapses, there stands Jesus Christ, the Son of God. He holds the keys!

He's your safe place in a dangerous world! A new follower of Christ was given a Bible and since no one showed him where to start reading, he started at the end with Revelation. A veteran Christian asked him if he understood anything he read there, and the new believer simply said, "Well, I understood one thing. We win!"

Well, actually Jesus wins. And that's in a world where we're so vulnerable, where things are so unpredictable, not to mention the fact that eternity is just a heartbeat away. This is a good time to be sure that you belong to the Lord of history, to the Conqueror of death – Jesus, the man who died for your sin so you could belong to Him.

If you've never begun this anchor relationship with Jesus Christ, you could do it this very day. You don't have to be inside stained glass windows. You could talk to Him right where you are. Just say, "Jesus, I want to be Yours from this day on. I have run my life. I've been a rebel against You and Your ways because I want to do it my way. I now turn the wheel of my life over to You. I turn from running my own life and doing it my way. You died for me for everything I've done wrong; for everything I've done against You. And you're alive and I want you to walk into my life today. I'm Yours from today on."

He promised that at that point He would enter your life because of your personal invitation. If that's what you want, get it done today. Today is all you can be sure you have. And go to our website ANewStory.com.

Once you belong to Jesus Christ, you're secure no matter what collapses and you are ready for eternity, no matter when it comes.