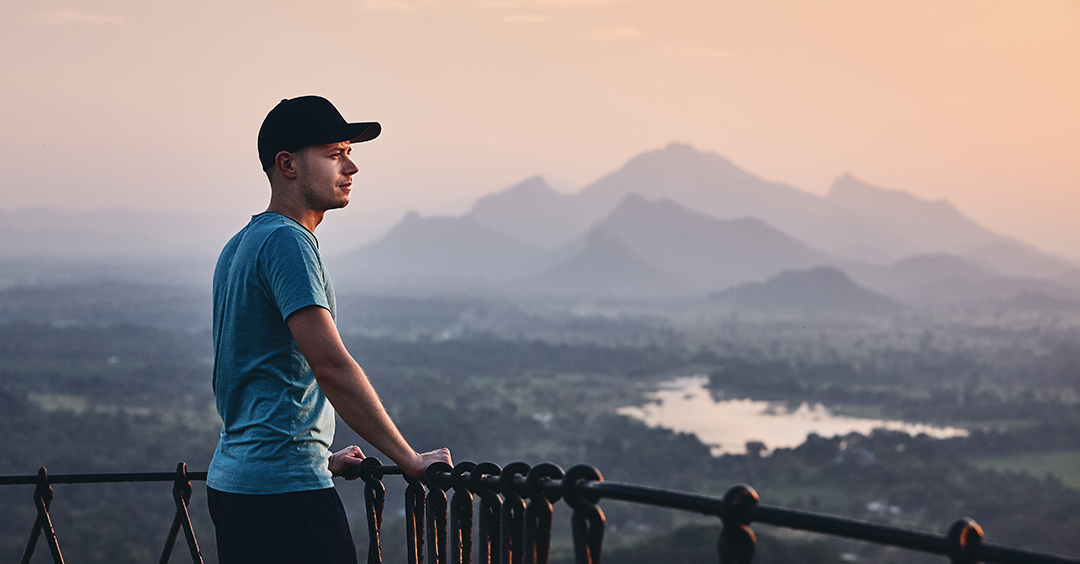 A ten-year-old boy who never should have waded out into Lake Michigan without knowing how to swim. Me. I can still remember the terror and the helplessness of going under for the second time. I'm alive today because someone on the shore saw me drowning. He jumped in and he saved my life.

Then there were those 33 Chilean miners, trapped for 69 days in a collapsed mine a half mile down. Remember, that rescue capsule was lowered down that newly-created shaft, and the rescuers brought every miner out alive. Or Houston. Hurricane Harvey. Whole neighborhoods, suddenly a lake - and people stranded on their rooftops. Until that rescue chopper came and lifted them to safety.

A makeshift mine shaft and a rescue capsule. A chopper hovering above a house surrounded by floodwaters. And a man reaching to rescue a drowning boy. Oh, and a man nailed to a cross on a skull-shaped hill near Jerusalem. Where the only Son God has gave His life for the greatest rescue mission in history. They all have this in common: people would have died except someone stepped in with a way to live. There were not many ways for them to be saved. Just one. But, thank God, there was one!

I'm Ron Hutchcraft and I want to have A Word With You today about "One Way to God - Or Many?"

There may be no more audacious - and controversial - statement Jesus ever made than the one recorded in our word for today in the Word of God in John 14:6. "I am the way, the truth and the life. No one comes to the Father except by Me." As I delve more deeply into the teaching of Scripture, it's clear there's no convenient "off ramp" from that claim.

The apostles declared, "There is salvation in no one else! God has given no other name under heaven by which we must be saved" (Acts 4:12). Then it says, "There is only one Mediator who can reconcile God and humanity - the man Christ Jesus. He gave His life to purchase freedom for everyone" (1 Timothy 2:5).

But see, in our tolerant, inclusive, open-minded culture, those are fighting words! "How can you say there's only one way?" Even those Bible folks - "evangelical Christians" - are retreating from that exclusive claim. Fifty-six percent believe there are many paths to God other than faith in Jesus Christ. This is not a casual issue. Eternity never is. I can be wrong about a lot of things and not pay an awful price. But not being right with God when I die? That is a price too high to pay.

There's a reason an instrument of torture and shame - the cross - has been the identifying symbol of Jesus' followers from the beginning. Because as the Bible says, "this is how God showed His love among us: He sent His one and only Son into the world that we might live through Him...He loved us and sent His Son as an atoning sacrifice for our sins" (1 John 4:9-10).

Among all the great religions of the world, no one else even claimed to die for our sins. Every religion, including the Christian faith, gives us a moral code to follow. And if God-pleasing goodness is what it takes to get to God's heaven, take your pick from the menu of religions. But the Bible makes it clear that human sin is not a matter of breaking some religion's rules. It is, in essence, my raising my fist and saying, "God, You run the universe. I'm running me, thank You." It is refusing to let the God who gave me my life be God in my life. Spiritual hijacking. Punishable by death.

The Bible says, "The wages of sin is death...the soul that sins shall die...your sins have separated you from your God" (Romans 6:23, Ezekiel 18:20, Isaiah 59:2). There's only one way to pay a death penalty. Somebody's got to die. And Somebody did. God's one and only Son. He - and He alone - could and did take our place and pay for our sin. The only One who could forgive my sin is the One who paid for it with His life.

Before there were churches. Before there was Christianity. Before anyone had been called a Christian, there was a cross - where the very One I defied and denied paid my death penalty. That's the unspeakable love that captured my heart.

So, it isn't about which religion is right. No religion could die for our sins. I don't need a religion. I need a rescuer! His name is Jesus, who paid the price for every person's sins, whatever their religion. The Bible says, "For God so loved the world that He gave His...Son..." (John 3:16). There are many religions. There's only one Savior.

If there had been any other way to remove the sin that keeps us out of heaven, why would God have ever sent His Son to die that brutal death? I can't imagine walking up to that bloody cross, looking Jesus in the eyes, and saying, "By the way, Jesus - there are other ways." For me, the issue is not "why is there only one way?" It's that there is a way where there was no way. I was drowning. And the Rescuer came and died so I could live and so you could live.

I want you to go to our website and find a way to begin that relationship today; the rescue relationship with Jesus. It's ANewStory.com where your new story can begin.