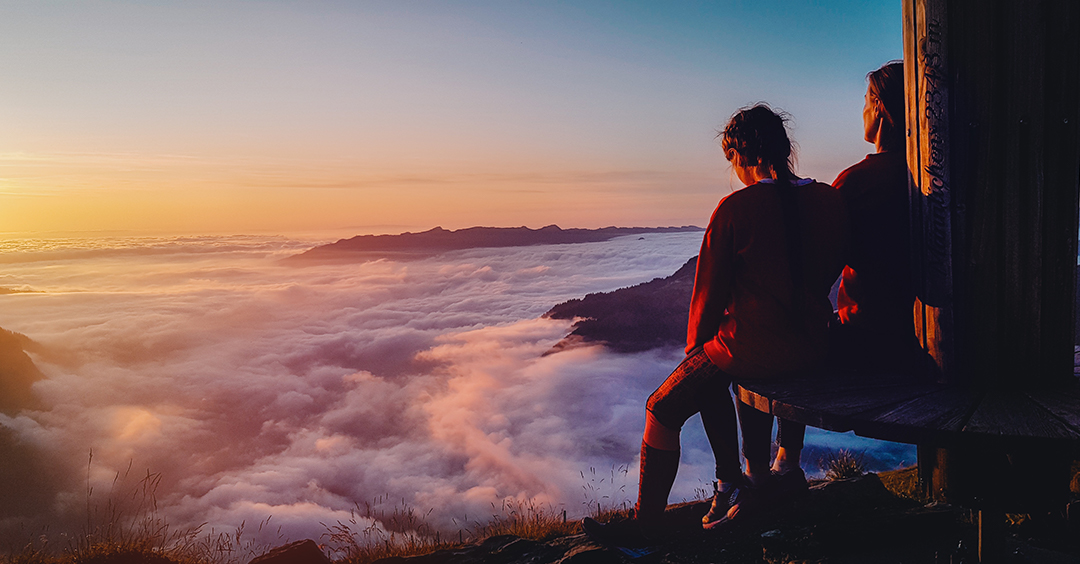 I guess every generation has its surprising music hits. Like a song by a Mississippi truck driver about a hound dog - Elvis something - or a song by some longhaired British quartet about wanting to hold your hand. I think they were called The Beatles. Now, in more recent years, there was a very surprising song that skyrocketed to number one for several weeks and to a Grammy nomination. It's been a while, but it was a pretty provocative song. The singer was not well known, but the song asked some questions that I never thought I'd hear in a popular song. It had a haunting melody that was pretty hard to forget. Years ago, as I played a portion of that song for 11,000 teenagers I was speaking to, virtually everyone in the room sang the lyrics. "What if God was one of us, what would His name be? If God was one of us, what would His face look like?" You know what? The questions were provocative. The answers are shocking!

I'm Ron Hutchcraft, and I want to have A Word With You today about "One of Us."

Actually, God became one of us. John 1:14, our word for today from the Word of God says, "The Word," speaking of Jesus Christ, "became flesh and lived among us and we beheld His glory." Earlier in that chapter it says He was there from the beginning. He created everything there is, and now He became one of us.

The song asked what would His name be? That would be Jesus. Jesus said, "He who has seen Me has seen the Father." When God was one of us, what was He like? Well, He was poor by choice; born in a stable. His family turned on Him - maybe like yours has. He was tempted like you are, except He was tempted by Satan himself. He grieved over the death of people He loved - perhaps as you have.

And when God was one of us, what did his face look like? The prophet Isaiah says His face was disfigured beyond that of any man and His form was marred beyond human likeness. Why would God become one of us and submit Himself to this humiliating, dehumanizing torture? His answer is in His own words, Mark 10:45. "For even the Son of Man came...to give His life as a ransom for many." And we know what a ransom is. It's the price you pay to get someone back. And Jesus said that's what I've come to do - I came to pay the price to bring you back...terminally away from God because of our sin. But through Jesus' brutal death He became the substitute - God's own Son - to take our hell and to pay our penalty.

Nobody has ever loved you like Jesus. And now He's close to you; He's right where you are. He's made His move all the way from heaven's glory to become one of us because only one of us could pay the penalty for us. And now He's come to where you are to offer you this opportunity to begin that relationship for which He spent His life - and it's your move now.

Jesus walked out of his grave after his death three days later, conquering death. And He's ready to walk into your life today upon your invitation. His love becomes yours when you say something like this, "Lord, I've been doing my life my way. I've sinned. My only hope of being forgiven - of knowing God - of ever getting to heaven, is You. I'm putting all my trust in You, Lord Jesus, beginning right now."

There's more about this at our website that will help you get this settled. Go to ANewStory.com.

Jesus has gone the distance from heaven to the cross to where you are right now, to reach out to you with His incredible love. Please don't make life's biggest mistake. Don't miss Jesus.