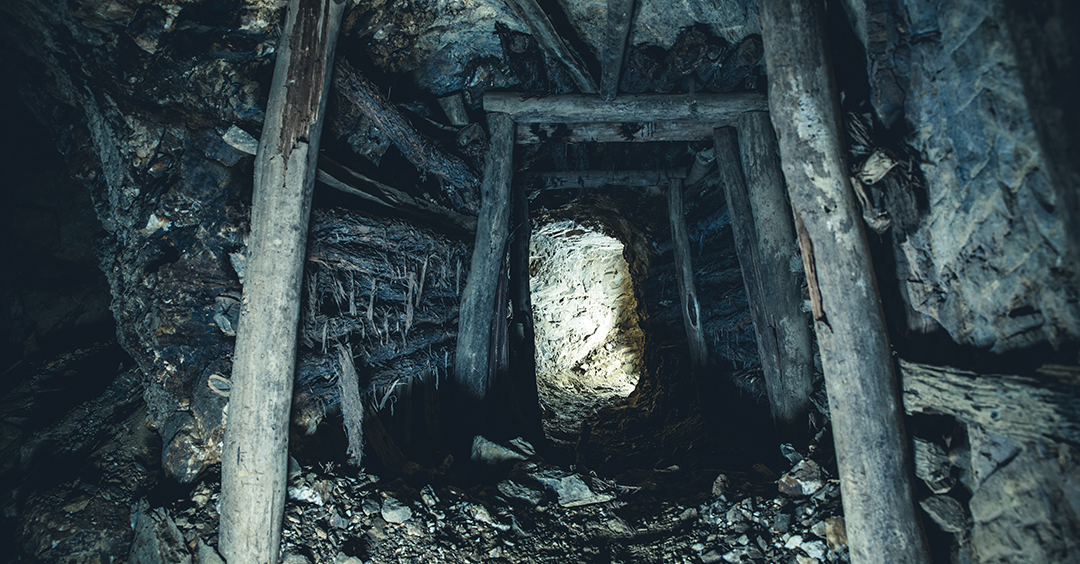 It was one of those disasters that years ago riveted the attention of the nation. Nine Pennsylvania coal miners had been excavating when they apparently broke through a flooded shaft. An estimated 50 to 60 million gallons of water rushed in, trapping the men in this underground chamber. When the water rose over their heads, they had to swim to higher ground - still 240 feet underground. For two and a half days, rescuers didn't know if the miners were dead or alive. Once they made contact through a phone line they lowered into the flooded shaft, they established a line that would deliver compressed air and they began pumping out water. Seventy-seven hours after the ordeal began, rescuers brought the miners, one at a time, up to the surface in this cramped yellow rescue cage. As the last man was pulled to the surface, the Governor of the state simply said, "All nine. All nine."

I'm Ron Hutchcraft and I want to have A Word With You today about "One Great Hope."

Those miners were trapped in a deadly situation they couldn't possibly get themselves out of. Their only hope - the rescuers. I'll tell you, those miners are a picture of you and me in terms of the spiritual condition the Bible says we're all in - trapped in a deadly spot, unable to possibly get ourselves out. Simply put, the Bible says, "Your sins have separated you from your God" (Isaiah 59:2). That's spiritual death, cut off from the God whose love we were made for, and whose heaven we hope to go to.

Maybe you've been counting on your character to get you to heaven, or your church, or your Christianity. But sin has a death penalty, and the only way that can be paid is by someone dying. And someone did! Here's the greatest rescue of all time, as described by God Himself in 1 Timothy 2:5-6, our word for today from the Word of God. Here it says, "There is one God and one mediator between God and men, the man Christ Jesus, who gave Himself as a ransom for us all."

Now, if being good - if any religion - could have removed your sin or mine, the Son of God would have never gone through the agony of that cross. It took that death to remove the penalty for every wrong thing you've ever done. Jesus broke through to our spiritually hopeless situation by dying for us. So if you're depending on anything other than Jesus and His death for you, you're not going to make it out of the deadly spiritual hole you're in.

Some people are bothered because God says that Jesus is the only way out of our sin predicament. Can you imagine those trapped miners responding to the rescuers by saying, "You mean there's only one way out of here?" I don't think so. They must have said, "Thank God there is a way!" And thank God, there is a way for you and me to be forgiven of our sins this very day; for you to trade the hell that we all deserve for the heaven we could never deserve. And that way is Jesus. But you have to grab Him in total trust, like a dying person would hold onto his rescuer.

Jesus may, in fact, be reaching out to you right now, right where you are. But you've got to grab His hand as your personal Rescuer from your personal sin. Just tell Him, "Jesus, I'm putting my total trust in You to forgive my sin. Only You died for it, and I'm trusting You to make me right with God. Today, I am Yours."

You ready to begin that life-saving relationship with Him? Well, tell Him that where you are. And then I'd love to help you get started if you'd go to our website. It's called ANewStory.com, and there you'll find some biblical information that will help you be sure you belong to Him.