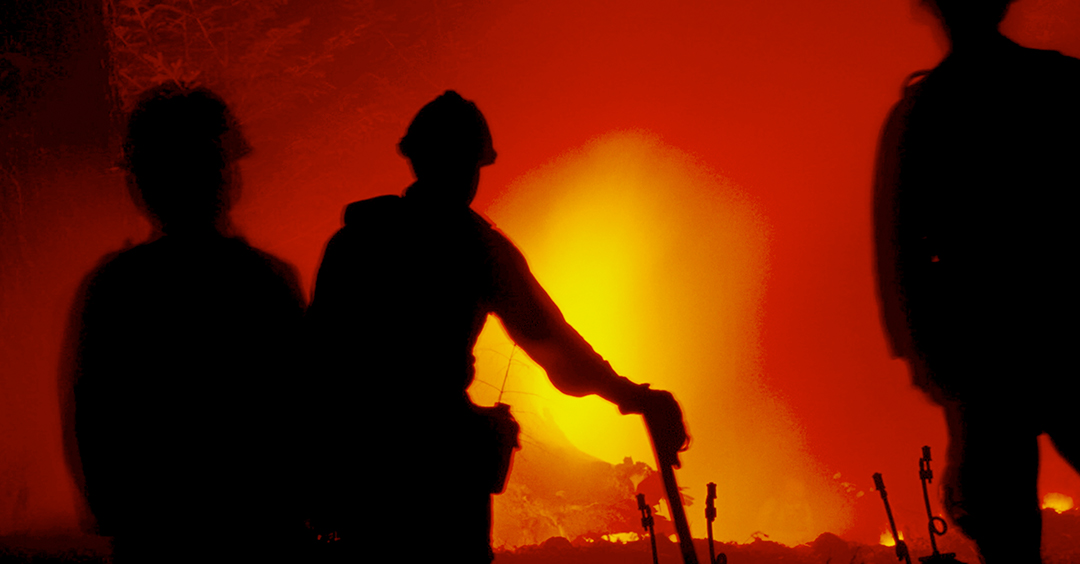 They were just a young fire-fighting crew, assigned to work on a relatively small brush fire in Washington State. No one could have imagined what was about to happen. Seemingly timid fires suddenly roared to life and then they were out of control. In the end, 14 firefighters had to pin their hopes on those tinfoil shelters designed to be the last line of protection in their firetrap. Ultimately, four young firefighters died in the fire that day. They had tried to escape the fire by heading for a nearby road. Apparently, their superiors had not advised them that it was a dead-end road.

I'm Ron Hutchcraft and I want to have A Word With You today about "No Escape On a Dead-End Road."

That was a horrible tragedy, made even more tragic by the fact that what they thought was a way of escape turned out to be a dead-end road. As I read about this disaster, I couldn't help but think that so many people are making that same kind of mistake when it comes to their spiritual destiny.

Most people are counting on the fact that their religion, their spirituality is going to be an escape route from whatever judgment we all get for the wrong things we've done. Well, to put it bluntly: a way to miss hell, a way to make heaven. Tragically, many sincere people might be counting on that road that won't get them there.

Actually, the Bible says that's exactly what's happening in a lot of lives. In Proverbs 14:12, it's our word for today from the Word of God. Listen, "There is a way that seems right to a man, but in the end it leads to death." Well, it seems right - leads to death. Those are pretty disturbing words! Because whatever road you're on to escape judgment and get to God usually "seems right." But if it isn't God's road, it doesn't matter how right it seems. It will lead to an end we didn't expect - to spiritual death.

Thankfully, God makes the way to Him very clear throughout the Bible. One of those places is 1 Timothy 2, beginning with verse 3: "God our Savior wants all men to be saved...There is one God and one mediator between God and men, the man Christ Jesus, who gave Himself as a ransom for all men." This isn't multiple-choice. God says the only way to Him is through His Son Jesus.

Someone might say, "But that's not fair! You mean only one religion gets you to God?" Actually, no religion gets you to God, including Christianity. Only Jesus can because only Jesus "gave Himself as a ransom" for us. That's ransom as in, you know, the price you pay to get someone back. Because our sin has an eternal death penalty, actually described by Jesus as involving a place of fire. The price to be paid is death, and that's what you and I deserve for hijacking our lives from God. But Jesus loves you too much to lose you. So He went to the cross to pay that price to remove the sin that will otherwise keep you out of His heaven.

If you've been depending on any other way than total trust in Jesus the Rescuer, you're on a dead-end street. But today you can, as the Bible says, "cross over from death to life" (John 5:24) by grabbing Jesus as if He is your only hope. Because He is.

Don't you want to begin this relationship with Him? If you do, would you tell Him? "Jesus, I believe that when You died, some of those sins You were dying for were mine. I believe You came back to life. You're alive; You're ready to come into my life. And beginning today, Jesus, I'm Yours."

If you're at that point, you're at a good point to make a visit to our website. I think it might help you get all the way home. It's ANewStory.com.