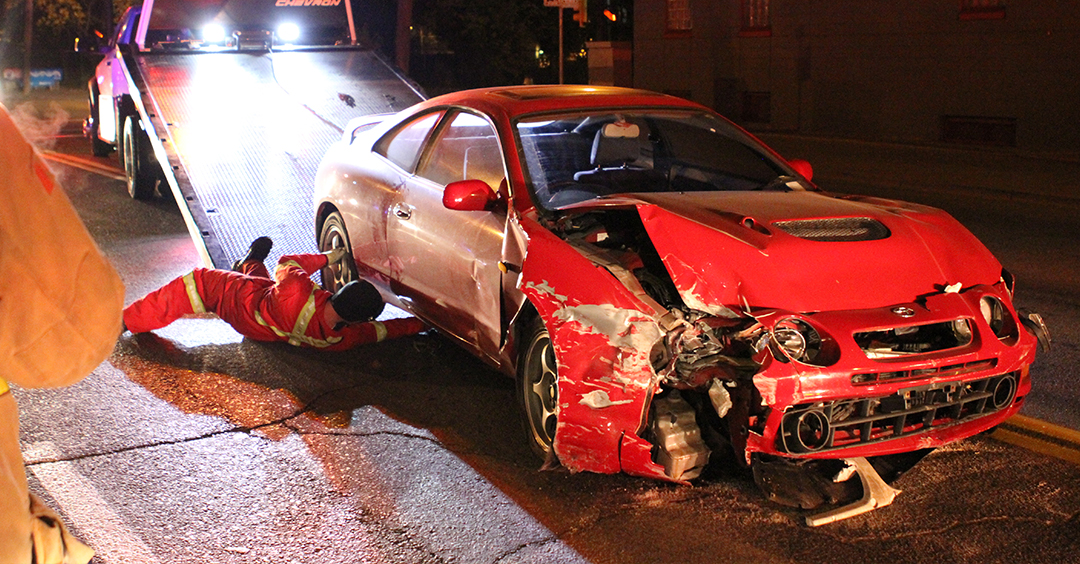 It was the worst day of this dear woman's life. Her 13-year-old daughter was killed at the hands of a drunk driver. To make it worse, just two days earlier the offender had been released on bail for a hit-and-run drunk driving crash. And he already had two drunk driving convictions with a third that was plea-bargained to "reckless accident." Well, the grief in this Mom turned from grief into righteous anger. She and some friends got together at a steakhouse in California and discussed with them her plan to do something about what had killed her daughter. They formed a group called MADD - Mothers Against Drunk Drivers. And they have been a powerful force for helping to save lives since then.

I'm Ron Hutchcraft and I want to have A Word With You today about "Never Forgetting What It Cost."

The vivid portrayal of the death and suffering of Jesus in the movie several years ago, "The Passion of the Christ," was one reminder of what we cannot afford to forget. Christianity Today magazine reported the telling comment of one woman after she saw His suffering portrayed in the movie. She said, "I'm sorry. I forgot." Jesus never meant for us to, but He knew we would.

That's one of the main reasons He did what He did at the Last Supper. Our word for today from the Word of God, Luke 22:19-20 says: "He took bread and gave thanks and broke it, and gave it to them, saying, 'This is My body given for you; do this in remembrance of Me.' In the same way, after the supper, He took the cup, saying, 'This cup is the new covenant in My blood, which is poured out for you.'" And later, the Apostle Paul said of communion, the visual reminder of Jesus' sacrifice for us: "Whenever you eat this bread and drink this cup, you proclaim the Lord's death until He comes" (1 Corinthians 11:26).

It's obvious Jesus did not want us to ever forget the total humiliation, the ripping of His flesh, the crown of thorns jammed into his forehead, the mangling of the body of the Son of God, the total abandonment. And above all, the agony of your eternal hell that He went through on the cross so you would never have to. We should not forget, but we tend to. The words "Jesus died for your sins" tend to become sterile and glib and just safely "theological." And that's when we start downhill.

When you forget the enormity of the price paid for you, you tend to become careless about your sin. You forget how horrific that sin is as displayed on that cross. And your love for Jesus starts to cool, and living His way deteriorates from being what you do because you love Him into just a spiritual performance.

Each new day, make your way in your heart up that skull-shaped hill again and picture yourself at the foot of that old rugged cross. Let His blood cover the sin that you brought with you. Let His love poured out there capture your heart again. And let His sacrifice there give you the courage to live for Him, whatever it takes, and whatever it costs.