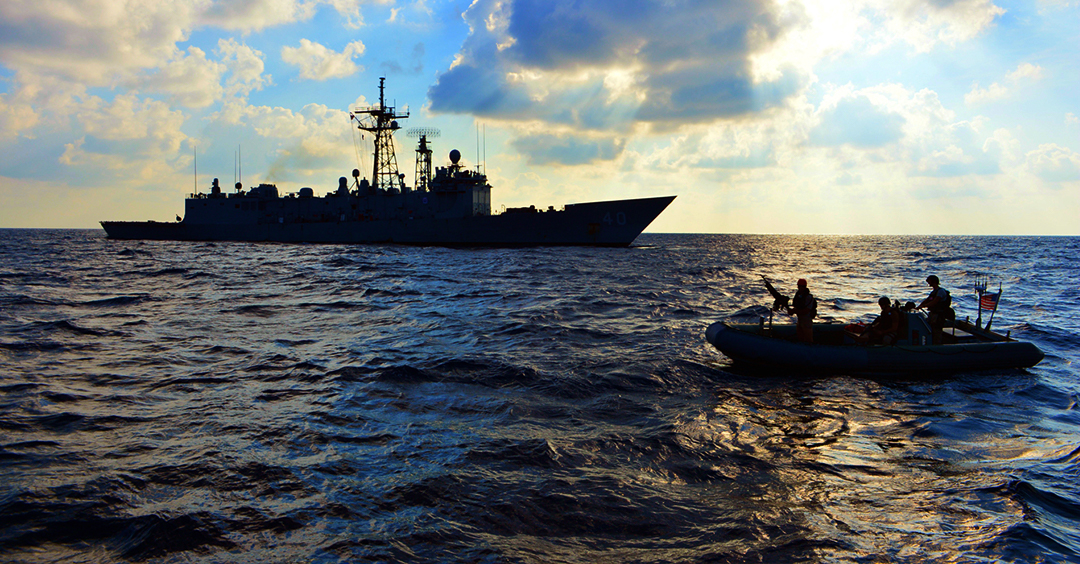 You may not remember much of your World History class, but you probably at least remember the nations of Europe fought it out for a long time to see who was going to be Number One. For many years, their biggest way to fight it out was with their big navies. So, if a ship from England saw a ship from France, you could expect some fireworks. Of course, the way you knew what country a ship was from was that flag they flew from the top of the mast - their colors. When they would see a ship approaching on the horizon, they usually lowered their colors until they could see whether that other guy was a friend or an enemy. But occasionally there was a ship that approached those encounters in a radically different way. There were a few courageous captains who would give a simple six-word order to their crew, "Nail our colors to the mast!" But you could just hear the first mate saying, "Captain, that means we can't lower our colors, no matter what." To which the captain would say something like this. "That's right."

I'm Ron Hutchcraft and I want to have A Word With You today about "Nailing Your Colors."

Our word for today from the Word of God starts with one follower of Jesus who lowered his colors when enemies appeared on his horizon. It's found in Luke 22:60. Jesus is under arrest and moving toward His crucifixion. Peter is hanging out in the high priest's courtyard but not getting too close. Already two people have asked him if he was associated with Jesus and twice he has denied his Lord. Now a third person asks him and it says "Peter replied, 'Man, I don't know what you're talking about!' Just as he was speaking, the rooster crowed. The Lord turned and looked straight at Peter...he went outside and wept bitterly." The pressure was on. He dumped Jesus. He's not alone.

But here's some hope for any of us who have lowered our Jesus-colors when the pressure was on. Acts 2:14 - Peter, it's only a few weeks later. He is now standing on the street in downtown Jerusalem, the same city that had recently crucified Jesus. And, no doubt, some of the people who yelled "Crucify Him" are in the crowd that day. And it says, "Then Peter stood up with the Eleven, raised his voice and addressed the crowd..." Listen to what he said, "Let all Israel be assured of this: God has made this Jesus, whom you crucified, both Lord and Christ" (vs. 36). Man! God has worked a miracle in Peter - a chicken has suddenly turned into a tiger!

In fact, when the very authorities who arranged for Jesus' death call Peter in front of them and demand that he not preach about that Name anymore, here's his answer in Acts 4:12. "Salvation is found in no one else, for there is no other name under heaven given to men by which we must be saved." Isn't that encouraging? The same Lord who forgave Peter's past betrayals and empowered him to nail his colors to the mast. That same Lord could do that for you and me.

We all know the temptations to get by or to get ahead by covering up our relationship with Jesus. And when the world starts to like us and we start to like the world, it's often at the expense of the One who would not deny us even when it meant a cross. We forget whose we are.

But maybe those days of surrendering your Jesus-identity are almost over. Maybe you're ready to finally stand publicly for the One who died publicly for you. It all begins when you decide that you will not lower your Jesus-colors for anyone, for anything. He is who you belong to, He is who you will always belong to, and He's the best thing that's ever happened to you in your life or ever will happen.

You are who you are, you are whose you are, and no one can get you to change that once you nail your Jesus-colors to the mast.