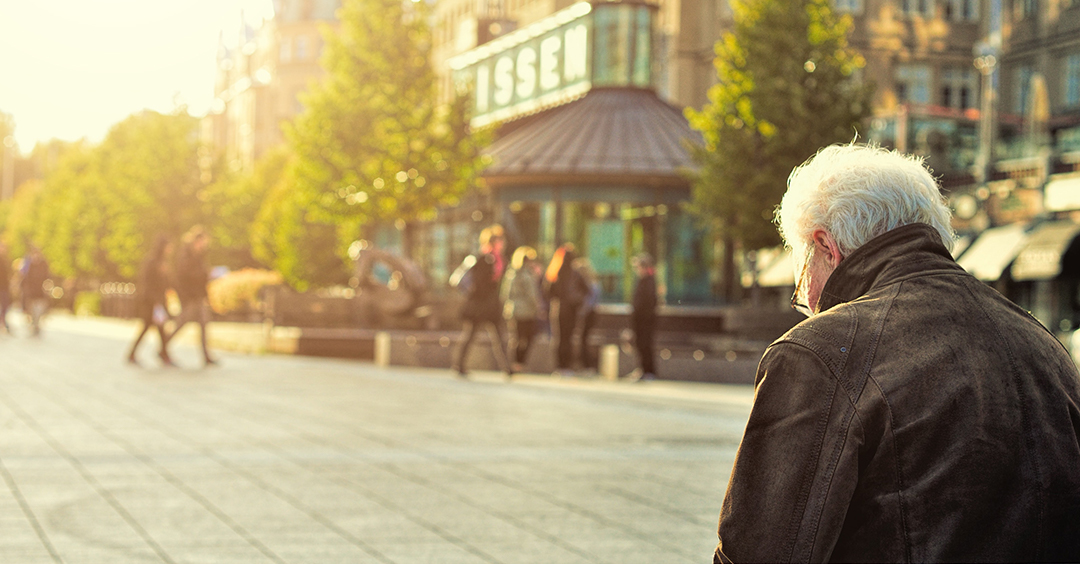 When Lee Stroebel writes a book, he brings to it all the skills and the disciplines that he learned as a journalist. Lee was a respected reporter and, by the way, an atheist. Today, he's a powerful representative of Jesus Christ and a leader in reaching people for Him. While preparing for a book he wrote, Lee interviewed a wide variety of noted people to get their perspective on Christ. One was a man who was a gifted evangelist in the 1940s, a man whose ministry actually paralleled Billy Graham's; in fact a man who was known by millions and actually expected to have a ministry like Billy Graham has had. But after he attended a liberal seminary to get more education, he shocked the Christian world by abandoning his faith. His media career in Canada gave him a lot of notoriety, and he often used that platform to express his unbelief.

Lee went to interview this now elderly man. When he was asked about things such as his belief in the Old Testament, he was very clear in expressing why he didn't believe. Finally, Lee asked him, "What do you think about Jesus?" He could never have expected the response he got. Suddenly, the old man, as Lee said, "teared up." And struggling to answer through those tears, he simply replied, "I miss Him."

I'm Ron Hutchcraft and I want to have A Word With You today about "Missing Him."

For just a moment, would you set aside all the creeds, the institutions, the theological systems, the rituals, the meetings - most of which are important spiritual resources. But for a moment, set aside all the Christianity. And when you strip away all that, you're down to the central meaning of it all. It's all about Jesus. It's all about either being close to Him or missing Him.

The twelve men Jesus picked as His inner circle missed a lot that Jesus was trying to teach them, but they didn't miss the central issue. That's obvious in our word for today from the Word of God. In John 6, we're at a turning point in the ministry of Jesus. Vast multitudes are following Him, no matter where He goes. Then He confronts them with the fact that this is going to be about more than miracles and meetings; it's going to involve the shedding of blood, the laying down of His life, and a price tag for those who follow Him.

John 6:66 says, "From this time many of His disciples turned back and no longer followed Him. 'You do not want to leave, too, do you?' Jesus asked the twelve. Simon Peter answered Him, 'Lord, to whom shall we go? You have the words of eternal life. We believe and know that you are the Holy One of God.'" See, they knew it was all about Jesus and He was the only One with anything that would last, that was worth living and dying for.

That's what Jesus was saying when He repeatedly said to people, "Follow Me." He didn't say "Follow My religion" or "Follow My followers" or "Follow My rules." He said, "Follow Me." It's all about Jesus. And if you know someone who's away from Him right now, here's how to pray for them, "Lord Jesus, help them realize how much they miss You." And as God gives you opportunity, remind them of how it was when they were close to Him.

Maybe you're the one who's away from Him. Satan would love to keep your focus on the Christians who hurt you, or the hypocrites who turned you off, or the sin that's taken you away. But it's not Christians you've left or church or some religious rules, it's Jesus you've left! Remember how it felt when you were close to Him? Don't you miss Him?

You don't have to miss Him one more day. Like the father of the Prodigal Son, He's waiting for you to come home to Him. There's nothing you've done that He didn't take care of on that cross. And His love is unconditional. And maybe you have missed, up until this point, even having one day with Christ in your life. Oh, if you only knew the difference He could make, you'd run to Him.

He loved you enough to die on a cross for you; for your sin. He's powerful enough to walk out of His grave under His own power. He's ready to walk into your life today. I pray that this very day, if you've never begun a relationship with Him, you will say, "Jesus, I am Yours."

I think we could help you with that. Just go to our website today. It's ANewStory.com. If you could literally hear His voice where you are right now, here's what you'd hear Him saying: "I miss you. Come home."