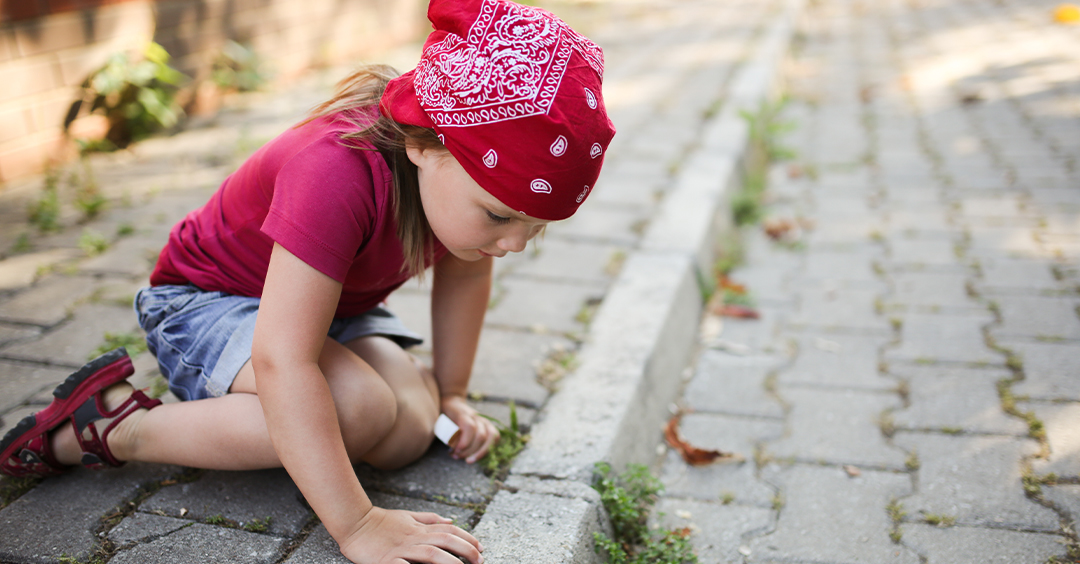 In the old Westerns, they said the hero was the guy in the white hat. Well, in the life-or-death moments of September 11, 2001, it was the man with the red bandana.

A red bandana had been Welles Crowther's trademark, I guess, since he was a boy. He still carried one even when he was a 24-year-old equities trader in the South Tower of the World Trade Center. And he had it on that fateful September day when the tower was in flames.

Ling Young will never forget the man that she called "the man with the red bandana." She was sitting, bloody, dazed, waiting with others for help in the Elevator Sky Lobby. That was on the 78th floor where the second hijacked plane had sliced through the tower, and that's where she was. She said, "All of a sudden I heard a gentleman come out of the corner saying, 'I found the stairs. Follow me.'" The man was carrying a woman on his back, and he had a red bandana in his hand. After leading the group to a stairwell and giving them a fire extinguisher, he disappeared back up the stairs to help some other people. That was the last time she saw him, and she said, "He's been on my mind every day."

I'm Ron Hutchcraft and I want to have A Word With You today about "Love That Could Not Leave You Lost."

Judy Wein was in that same Sky Lobby. She was badly injured, and that's when she saw a man with a red bandana over his nose and mouth come running across the room, and he led them to this unseen staircase that would take them to safety. And in her words, "He was the cowboy coming in to save the town." Ling Young is sure that "Without him, I would not be here" she said. "He definitely saved my life." Six months after the towers fell, they found his body in the rubble.

I can't read this story without remembering the man who gave His life to save mine, and to save so many others. On the fateful day when He died to rescue me, it was not a red bandana He wore. It was a crown of thorns. He bled red for me. And the way I'll know Him when I see Him is by those awful nail prints in His hands. The scars that will forever declare how much my sin cost and how deeply He loves me and you. Our word for today from the Word of God is Isaiah 49:15-16. He tells me, "I will not forget you! I have engraved you on the palms of My hands."

See, I'm not alone in my desperate need for a spiritual rescuer. We all sit in the darkness, the danger of being away from our God. We're all away from Him. We're on the edge of being swept into an awful eternity after our last heartbeat, because we've run our own lives. We've hijacked our life from God. It's His life, and we took it. We've said, "God, I'll do it my way instead of your way." And the only way to pay for that is to pay the penalty for an eternity in hell. But here comes Jesus with His hand extended saying, "I have made a way out. Come on, follow Me!"

Our eternal destiny depends on whether or not we do follow Him. He said, "Whoever believes in the Son" - that's the Son of God - "has eternal life, but whoever rejects the Son will not see life" (John 3:36). That's the crossroads we all come to - it's the crossroads to which God might be bringing you today, "What will you do with Jesus, My Son, who gave His life for you?" God asks. The crown of thorns, the nails in His hands and feet, the spear in His side, the separation from God the Father Himself, all for you because of your sin and because of His love for you.

Today, as He reaches out His hand your direction, are you going to grab it or are you going to walk away? This could be the day you settle your eternity and trade in that hell for His heaven. Reach out and grab Him and say, "Jesus, I'm pinning all my hopes on You to be my Rescuer." Listen, you want to know more about this? Go to our website today - ANewStory.com.

Welles Crowther's father said, "His last hour was his legacy." Well, Jesus' last hour, when He was on that cross and chose to be cut off from God so we would never have to be, that was His legacy.

And with a very full heart, I can tell you, I'm part of that legacy, and you can be too.