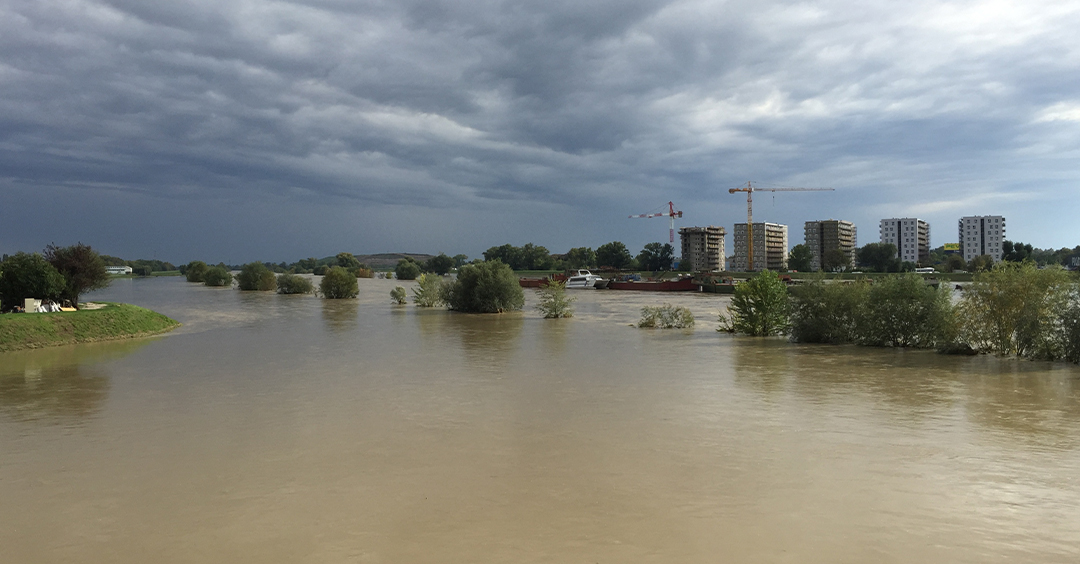 First we hear the stories of the disasters. Then we hear the stories of the people affected by those disasters. Especially the heroes. Some years ago, there were these horrific floods that swept through Queensland, Australia, carrying away loved ones, and houses, cars, and communities. But there's one story from that tragedy that I'm not going to forget. It's about a 13-year-old boy named Jordan - from a town called Toowoomba.

His mom was driving with him and his brother when the water on the street began to rise. Their car stalled. And when mom made a desperate emergency call, the operator said just to stay put. But they were forced to climb onto the car roof after the floodwaters started rising rapidly around them. Now there were people watching, but no bystanders tried to help. Until one man yelled out for some rope, which he wrapped around himself and jumped in.

Well, young Jordan couldn't swim and was terrified of water. But when the man came to rescue him, he said, "Save my brother first." So he did save his ten-year-old brother. But then the man took that rope and he tied it around Jordan and his mother, but the rope broke. They were swept downstream. They were carried away by those raging waters. A Facebook page was set up to honor that young hero. More than 150,000 supporters joined the tribute.

I'm Ron Hutchcraft and I want to have A Word With You today about "Life-Giving Love."

"Save my brother first." Love willing to die, so that someone he loved could live.

It's that kind of love that captured my heart forever. The One who died so I could live was no one less than the only Son of God. In the words of the Bible, "He loved me and gave Himself for me" (Galatians 2:20). I deserved this eternal death penalty for denying God's right to my life, after all, He gave me my life. But the Bible says that every one of us, even the most religious of us, has done life our way instead of God's way. Sin, the Bible calls this cosmic rebellion. And it tells us that "the soul who sins will die" (Ezekiel 18:4).

And that would be my unthinkable eternal future - but for Jesus. God says, "He carried our sins in His body on the tree" (1 Peter 2:24). I did the sinning, but Jesus did the dying. He clearly did not have to die. He made the tree He was nailed on. There's only one way they could have tortured Him as they did. He let them. There's only one way they could have driven those spikes into His hands and feet. He let them. Why? "He loved me and gave Himself for me." And for you.

He said, "Save him. Save her instead of Me." He could have saved Himself in an instant. He could have, as one old song says, "called ten thousand angels to destroy the world and set Him free. But He died alone for you and me."

I'm inviting you today to consider this Jesus for yourself. Not Christianity, the religion. Not Christians. Not some belief system or religious ritual. Jesus. Because long before there was the religion or the churches, there was Jesus, hanging on a cross, dying for you. He's the only One who did what it took to rescue you. And now He's come to you today, offering you this opportunity to grab His hand to be saved.

If you're not sure there's ever been a time when you did that, would you consider getting this settled today? The risk of waiting is too great. And we would just love to help you do that. Our website is there to help you cross the bridge into a relationship with Jesus. The website is ANewStory.com. Remember that until you can get to it. I hope you will today.

I'm so glad that Jesus didn't stay dead. He walked out of his grave and under his own power three days later he came back to life. So he's alive to walk into your life this day. It really matters to God what you do with His Son. I mean, after the sacrifice His Son made for you. Please don't miss this chance to belong to him.