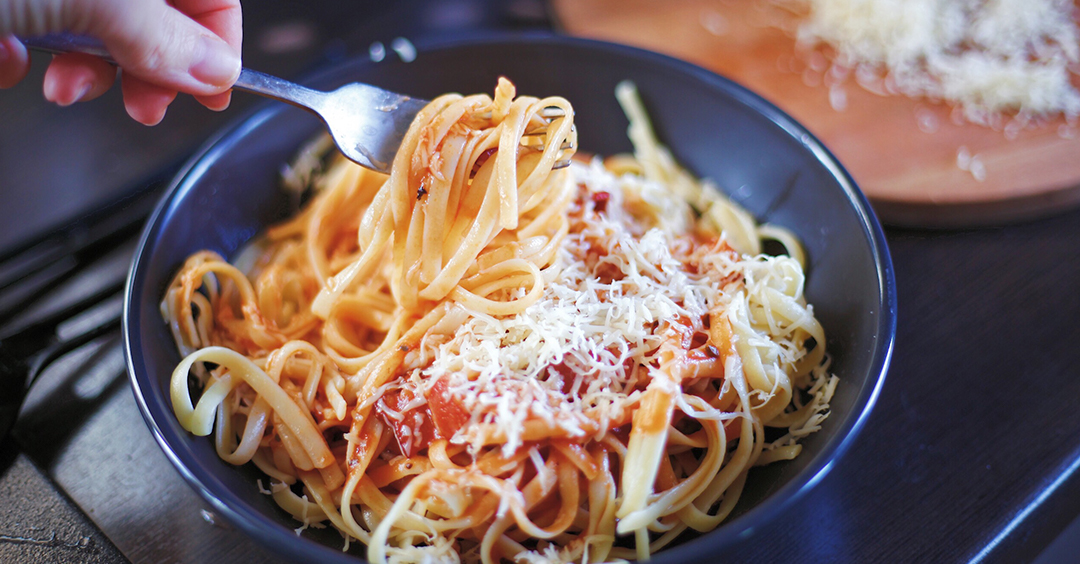 When teenage boys come in the door from school, they have one thing on their mind, "What's for dinner?" Of course, they've been building up to this moment since shortly after lunch that day. Certain answers will, of course, make them happier than others. For one, I dreaded hearing my mother say, "We're having a casserole." I'm not sure why, but casseroles just didn't do it for me. But for our boys, and for many boys and girls of all ages, all over the world, there is an answer that no one wants to hear when they ask, "What's for dinner?" Answer: "Leftovers."

I'm Ron Hutchcraft and I want to have A Word With You today about "Leftovers."

It's true, no one gets very excited about leftovers...including God. Unfortunately, that's what many of us give Him.

Listen to our word for today from the Word of God in Numbers 18:29. Even though it was written to God's ancient people about their tabernacle sacrifices, the principle of what God expects from His children has never changed. God says, "You must present as the Lord's portion the best and holiest part of everything given to you." Now, I'm sure the temptation was to give God an animal that wasn't worth too much and to keep the best for yourself. You know, the unblemished animal. And listen, that was the one you could get the highest price for. And that was the one that perhaps would breed other animals. But, see, doing that was the big mistake. They tried to make their decision back then that way, and we try it now.

In the Book of Malachi, just before God basically stops sending His messengers to His people for 400 years, we find them wondering why things aren't going well in their relationship with God. He says, "When you bring blind animals for sacrifice, is that not wrong? When you sacrifice crippled or diseased animals, is that not wrong? ... Oh, that one of you would shut the temple doors, so that you would not light useless fires on my altar!" That's strong stuff He's saying. He's going, "Stop going to church. Shut the doors. Give up the ceremonies. I am not pleased with you, and I will accept no offerings from your hands."

Obviously, God is not interested in your leftovers. He's interested in "the best and holiest part of everything" He's given to you. You've probably got a very busy life. Is the Lord getting prime time in your schedule, or what you have left over? Does He get you when you can "squeeze Him in" or is your time with Him and your time for Him non-negotiable? Is the Lord getting the ragged leftovers of your energy? Is most of your energy being consumed on your agenda instead of His? Jesus gave us a priority check that it would be good to consult each new day: "Seek first the Kingdom of God" (Matthew 6:33). Are you doing that? Or honestly are you seeking first your own kingdom?

God tends to get marginalized in our full, busy life - pushed to the edge, pushed out of the center. Like His Old Testament people, we try to meet our responsibility to Him by surrendering to Him things that really aren't a sacrifice, but still hanging onto the really good stuff for ourselves. "God, here's what doesn't matter too much to me anyway. I'm just going to hang onto what really does."

God's not interested in your leftovers. And if that's what He's been getting, this would be a great time to turn that around. Why? Because God gave His holiest and His best for you. He gave His one and only Son. He deserves more than your leftovers.