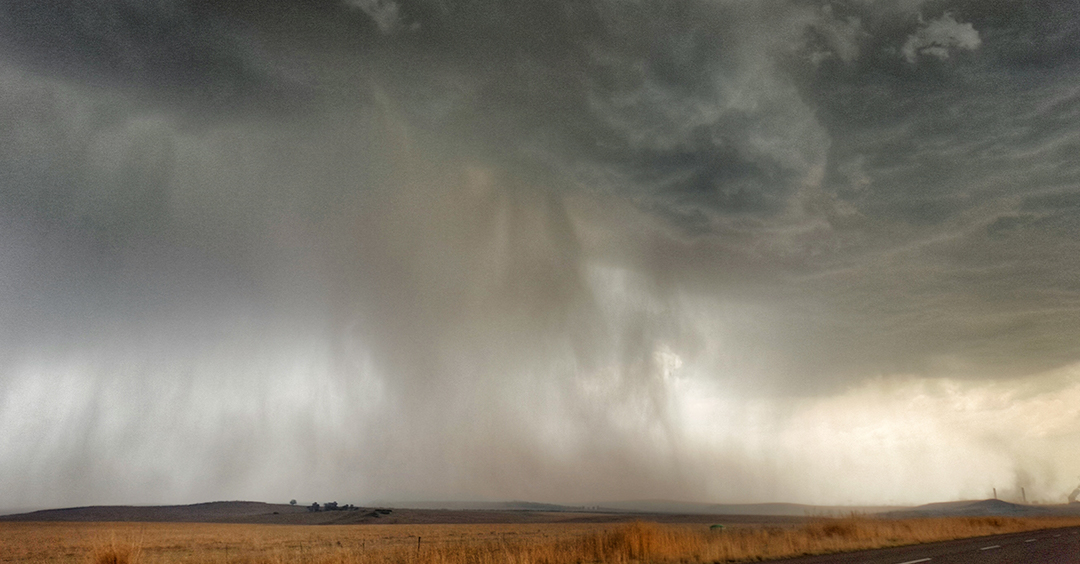 Well, I went to get an additional weather alert radio for our home. They were out. I probably shouldn't have been surprised. Not in light of the tornadoes we've been having, what they've done to lives and property across eleven states. And we weren't far from one of those ourselves.

I think it's heart-wrenching to watch every spring. With all the shock and loss, everybody was saying, "It could have been so much worse." USA Today had an article, and it talked about "killer tornadoes aftermath" and the article declared, "Amid tragedy, 'thank God.'"

One man in Indiana lost his house and his horses, but he was thanking God his family was okay, and they were quoting him. His comment was that "he had enough warning of the storms' approach to leave for safer ground." And so he said, "Thank God."

You know, that seemed to be the common denominator of every survival story I've seen. They had a warning. They heeded the warning; responding to the warning and taking shelter where it's safe. That's literally the difference between life and death for now and forever.

I'm Ron Hutchcraft and I want to have A Word With You today about "In the Path of the Storm."

Years ago, I heard God's warning about the storm that's coming, and His invitation to go to the one place where I could be safe, and it changed everything.

In our word for today from the Word of God, Jesus issues a sobering eternity warning in John 8:24. He said, "If you do not believe that I am the one I claim to be, you will indeed die in your sins." See, to die unforgiven is to stand in the path of the storm, because sin, which is the aborting of the Creator's plan for me, rejecting Him being God so I could be god of my life, well, that carries with it intrinsic judgment.

A sinless God can't allow me and my sin in His presence. So, as the Bible says, "Your sins have separated you from your God" (Isaiah 59:2). Living without Him is hard. Dying without Him is hell. With God's warning also comes God's way to escape the storm. See, the same God I've turned my back on - whose judgment for my sin comes closer every day - acted with this radical, incalculable love to provide a safe place for my soul and yours. Again, the Bible, "God showed His great love for us by sending Christ to die for us" (Romans 5:8). That's God's Son dying an excruciating death on a cross for us, in our place, absorbing the storm of God's judgment on my sin so I would never have to. To this day, that love that held nothing back overwhelms me beyond words.

I remember hearing how Native Americans saved their villages from raging prairie fires years ago. They actually set a fire to stop a fire. They burned the ground around the village to deprive the fire of the fuel it needed. And they said, "The fire cannot come where the fire has already been."

Well, that's what happened at Jesus' cross. The fire of God's judgment on our sin fell on God's Son instead. So, as the Bible says, "whoever believes in Him is not condemned" (John 3:18). When I embrace Jesus and His sacrifice as the payment for my sin, the forgiveness He purchased on the cross becomes mine, and every sin is erased from God's book forever.

When a storm warning is issued, you can stand totally exposed to the killer storm. Or you can go where you're safe from the storm. That's the choice God gives us about the Son He sent to save us. "Whoever believes in the Son has eternal life, but whoever rejects the Son will not see life" (John 3:36).

The warning's been sounded. We're all in the path of the storm, but there is one safe place. The cross where Jesus died for you. And then that empty tomb where He walked out of His grave so He could walk into your life today and erase your sin.

I want you to go to our website. Because there is all the information you'll need to get this settled. It's ANewStory.com. Because God's question when we enter eternity is going to be this: "What did you do with My Son?" Because of what His Son did for you.