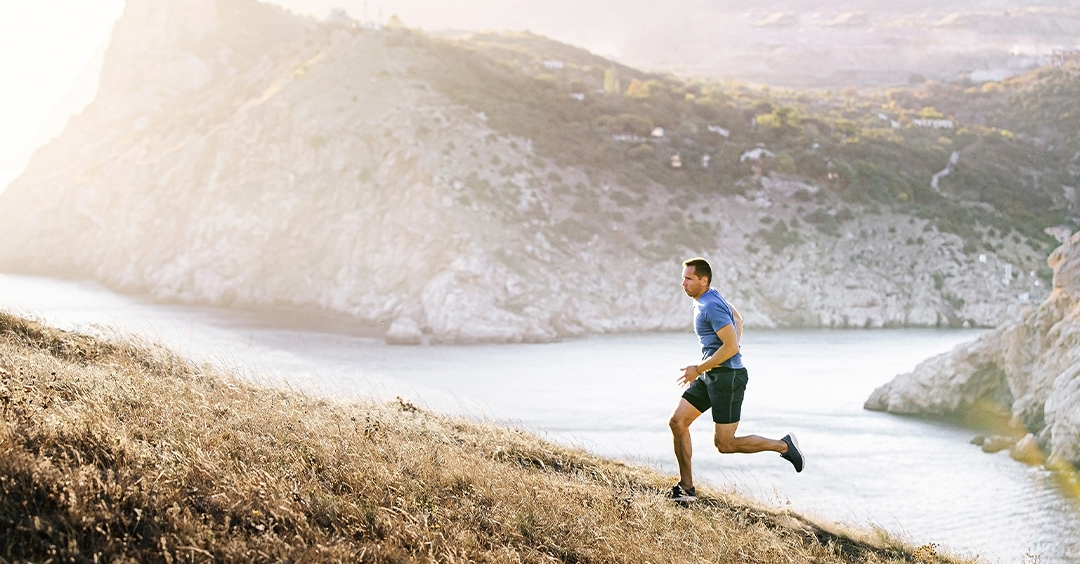 I don't think this is a surprise to anybody, but high school athletes are pretty impressed with their own bodies. You know, they lift, they work out, they admire their new build, and they compare how much weight they can bench press, and how fast and how far they can run. And that's fine. But the problem is you begin to think that manhood is that physical strength. Well, listen, manhood goes way beyond that. But men of all ages, not just high school athletes, seem to believe that conquest is what shows you're a man: the conquest of a woman, of a goal, of a competitor. Actually there are some very little boys in some very big bodies, and there are some people we might call wimps who are really in the winner's circle. See, we might be missing what manhood really is.

I'm Ron Hutchcraft and I want to have A Word With You today about "How to Prove You're a Man."

Well, our word for today from the Word of God is about how to prove you're a man, and it's in Titus 2:6. Actually, Titus is a young pastor, and he's being instructed as to what to teach each of the age groups in the church. And here now are the young men. So he turns to the young men - the people who are just forming their concept of manhood, and interestingly enough he wraps up his description of manhood in one word. "Similarly" he says here, "encourage the young men to be self-controlled." That's it...God's message to men in one compound word - self-controlled!

Proverbs 16:32 is one of my favorite verses about manhood. It says that "the man who controls his spirit is stronger than the man who conquers a city." Okay, look. he can control himself, and God says that's more impressive. That's biblical manhood. The Bible is saying it's more impressive to do that than to make a big conquest. So, the question about manhood really is this: "How well are you managing conquering yourself?"

Now, what does it mean to have self-control? What do you have to control? Well, for example, how well do you control your temper? Strangely enough, some people think that the opposite of controlling your temper is manly; that you can show how mad you are. No, the inventor of manhood says it's the ability to control your temper that makes you a man.

See, sometimes biblical manhood is the opposite of the superficial, self-serving myths that we've been fed about manhood, guys. I trust the manufacturer of manhood. I mean, He knows best. God knows what it is, and He tells us where we get self-control. He says, "The fruit of the spirit is self-control."

Many of us have tried in our own efforts to become the man that all the people around us needed us to be. But, you know, we can't change ourselves. The Bible says, "If anyone is in Christ he's a new creation. The old is gone; a new life has begun. There were 12 very manly men in Jesus' day who found the one place, the one person, the one cause for which they could give everything. And that was following Jesus.

And maybe today you need to heed that same invitation that He gave men 2,000 years ago and He's been giving men for 2,000 years since - "Follow Me." What's that like? How do you get started in that relationship? Go to our website ANewStory.com.

If you're a woman today, would you encourage this kind of self-control in the men you know? And if you're a man, understand one of the most important muscles you have to develop - the spiritual muscles that give you control over your temper, your passions, your mouth, and your impatience. Self-control - that's how you prove you're a man.