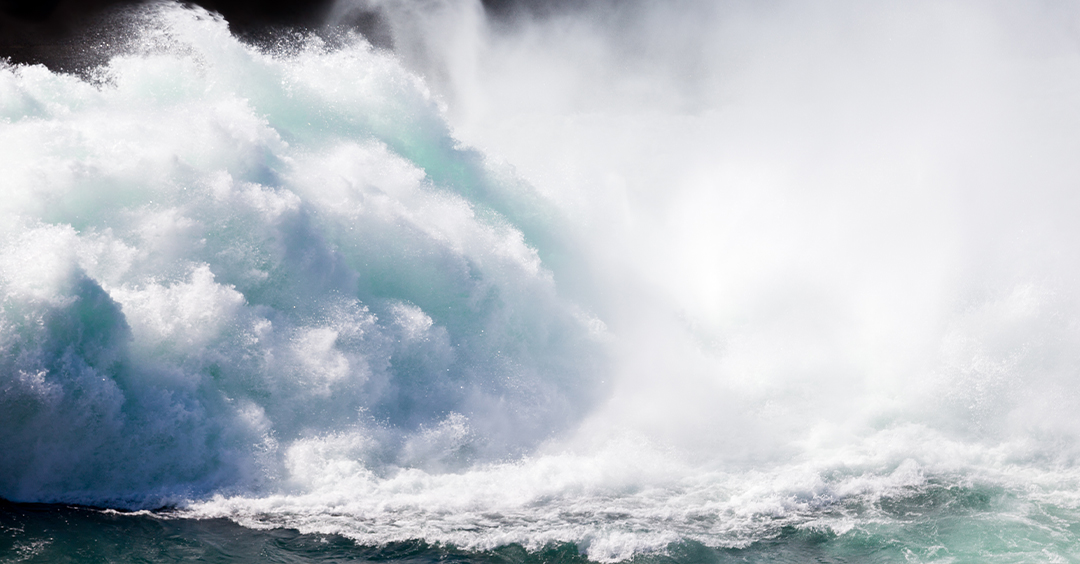 It was right after Christmas in 2004, and Damian Barrett was on a beach in Thailand. Suddenly he saw the tide go out so quickly that the bay was drained dry. And moments later, the ocean came roaring back with that monster tsunami that claimed so many lives that day across South Asia. A massive wave swept Damian into the shopping area and then into a store which then started filling with water. He was carried to the ceiling by that rising water. He was sure he was going to die there, until the water actually pushed him through a gap in the roof.

But any relief that he felt didn't last long. Now he was being sucked out to sea where he would stand no chance. And then the tide slammed him into the trunk of a large tree - a massive tree that could withstand even the force of the tsunami. As vehicles, appliances and all kinds of debris swept past him, he hung onto that tree with everything he had.

I'm Ron Hutchcraft and I want to have A Word With You today about "How to Know You're Ready for Eternity."

That man lived to tell his story because of a tree that stood between him and certain death. For 2,000 years, a tree has been saving the lives of people who would otherwise have no chance. I'm one of them. That tree has stood between them and the deadly tide of eternal judgment that awaits on the other side of this life. Because as Hebrews 9:26-27, our word for today from the Word of God says: "Man is destined to die once, and after that to face judgment."

The verses immediately before and after that unsettling verdict tell us about the tree that offers hope of life. One of those verses says of Jesus, "He has appeared...to do away with sin by the sacrifice of Himself." See, our sin is the tide that is sweeping us inexorably toward the judgment of a holy God. He made us to live for Him; we've lived for ourselves instead. Everything else He made obeys Him except us. We are the rebels of the universe, and our rebellion carries an awful death penalty that the Bible calls hell. So imagine the power of those words, "He appeared to do away with sin." How? "By the sacrifice of Himself" it says. See, that's the tree! It's that horrific cross where Jesus poured out His blood and His life to take the judgment I deserve and you deserve.

The judgment for our sin fell on Jesus at the cross. That tree is what stands between you and the penalty of your sin no matter how good you are, no matter how religious you are, because no amount of good can satisfy a holy God or pay a death penalty. All our spiritual efforts are no match for the size of the wave of God's judgment.

Have you ever told Him that? Have you ever said, "Jesus, I'm lost without You. But I'm ready to turn from my sin and I'm ready to hold onto You with all the faith I've got." If you've never done that, you're still facing the judgment for your sin. But if you'll do that today, your sin will be forgiven, erased from God's Book, your hell canceled, and your heaven guaranteed. It's time to tell Him, "Jesus, I'm Yours."

Our website's there really set up to be there for you at a moment like this to help you know how to belong to Him, how to begin your relationship with Him and know you've got it settled. You want to get this done? Would you go to our website? It's ANewStory.com.

There's an old hymn that says it pretty well, "Nothing in my hand I bring. Simply to Your cross I cling." Wow! I pray that will be you today.