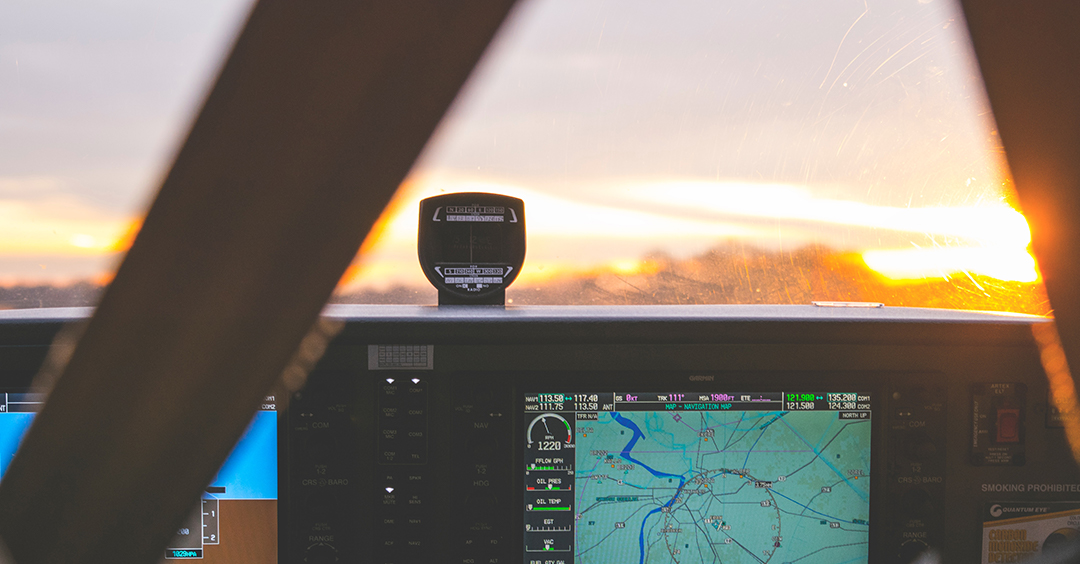 I'm Ron Hutchcraft and I want to have A Word With You today about "How to Be Sure You'll Make it Home."

Our friend had made it known to a lot of people that he cared about that he had placed his total trust in Jesus Christ to forgive his sins and take him to heaven when he died. And while it was his home on earth he thought he was heading for, his last words had more meaning than he could have ever known. He really was going home - to the eternal home in heaven that we all hope we'll go to when we take our last flight.

I hope you have that kind of security. I hope you know beyond any shadow of a doubt that you are, in the words of the Bible, "prepared to meet your God" (Amos 4:12). That you are going to heaven when you die. It has nothing to do with being good enough to be in heaven. It has everything to do with what Jesus did when He died to remove the only thing that will keep you out of heaven, which is all the sins of your life.

There's a peace and a security that is beyond words in knowing that death no longer has any hold over you. It is, in reality, a non-issue because of Jesus. In Hebrews 2:14, our word for today from the Word of God, God says that Jesus "shared in their humanity so that by His death He might destroy him who holds the power of death - that is the devil - and free those who all their lives were held in slavery by their fear of death." Or as another Bible writer says, "Christ Jesus...has destroyed death" (2 Timothy 1:10).

The Bible doesn't take death lightly. In fact, it refers to death as "the last enemy to be destroyed" (1 Corinthians 15:26). But it goes on to say that "death has been swallowed up in victory" by Jesus blowing the doors off death when He rose from the dead on Easter morning.

One Easter Sunday morning, Dr. Adrian Rogers' daughter read an amazing poem in their church service. King Death and Father Time are talking outside of Jesus' tomb. Death tells Time that he is "guarding just one grave" because Jesus has threatened to challenge him. And Death says, "When I steps in to cut 'em down, it's for eternity." But three days later, Time finds Death quivering on the ground.

When Time asks what happened, Death says, "He came and got ahold of me and He threw me to the ground. He put His foot here on my neck and He took my keys and crown. Two angels came to talk with Him. They glistened like the sun. He said, 'The job's all finished, boys. Redemption's work is done.'" Wow! And Death concludes by saying, "I'm just a lowly servant now. I've little time to roam. I open up the soul gate and help the saints go home."

That's the only thing death can do now is take you to heaven if you know Jesus Christ personally. Maybe you've never grabbed Jesus as your only hope. Eternity is just too long to risk one more day without Him. Today why don't you tell Him, "Jesus, I'm Yours. I believe I was made by You and I was made for You, but I've wandered away from You. I've done things that have broken Your laws and broken Your heart. And I believe You loved me so much that when You died on the cross, some of that sin You were dying for was my sin. And I believe You're alive today, and I want You to be alive in me. I want to belong to You from this day on."

You know, if that's where your heart is right now, you're feeling that tug of Jesus his direction, I want to ask you to make one of your next steps to go to our website and find there, the information that will help you get this settled once and for all. That site is ANewStory.com.

Beginning this day, you can know beyond any shadow of a doubt that you are going to heaven when you die. Why? Because you've put yourself in the hands of the only One who can take you there. And whenever your last day on earth is, you'll just be going home.