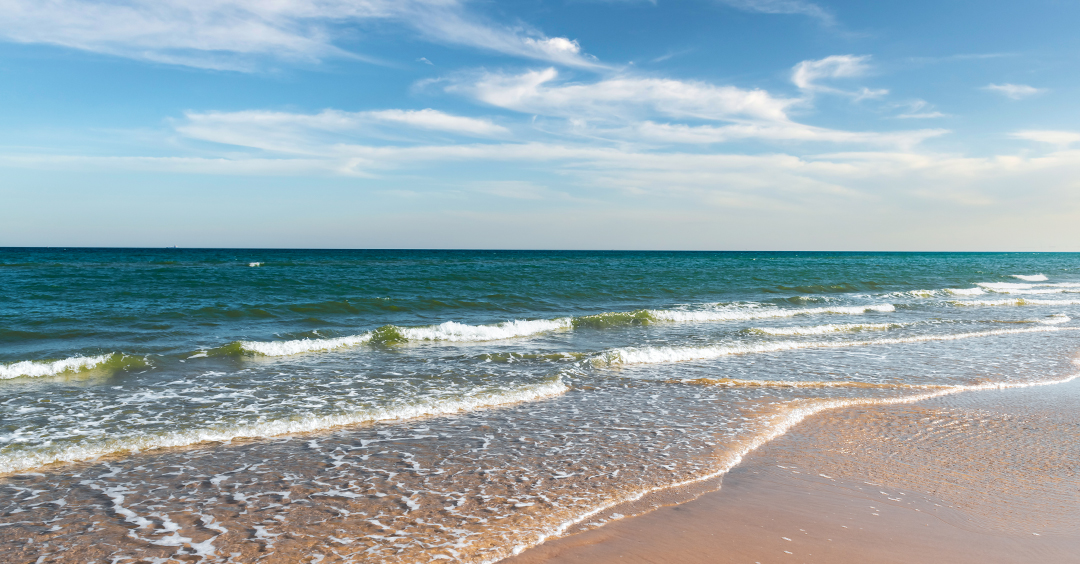 Over the years, we found a little tool that was smart to have if you were going to be spending time next to the ocean. They call it a tide table. It tells you what time high tide and low tide will be each day. That's good to know, especially if you're going to really set up shop for a while on the beach - which many people do. I've watched people bring their own little civilization to the beach with them: tarps and coolers and toys and appliances. You'd think they were planning to live on the beach. What's kind of fun to watch is the people with all that stuff who fall asleep somewhere between low tide and high tide. (You know where this is going don't you.) Slowly but surely, the waves start creeping up from the edge toward their civilization. You really should wake them up, but that wouldn't be any fun. Eventually, as the tide tickles their toes, they wake up only to find some of their civilization about to float away. It's panic city, man! But it didn't have to be that way. There's this little tool called a tide table that tells you when the tide...well, you get the idea.

I'm Ron Hutchcraft and I want to have A Word With You today about "How to Be Safe In Dangerous Times."

You might say God has a tide table; information that can actually help you avoid getting swamped by high tide. Because, according to the Bible, high tide is coming. The Bible refers to it as "the last days." That's "last" as in the turbulent days that count down to the finale of human history; the personal return of Jesus Christ. And He's going to write the final chapter. Interestingly enough, surveys show that over half of Americans expect the return of Christ to happen. The Bible leaves no doubt about it, and It also describes the times leading up to it.

God uses one word to describe those times in our word for today from the Word of God in 2 Timothy 3:1. It says: "Mark this: There will be terrible times in the last days." Other translations of this verse call it "dangerous times." This section of the Bible goes on to describe what will make the world so dangerous before Jesus comes back. It might not be what you think. People will be totally lovers of themselves, the Bible says, lovers of money, lovers of pleasure rather than lovers of God, and much more.

The Bible describes what kind of world Jesus will come back to. A world with massive natural disasters, weapons of mass destruction and raging nations. You know, there's a group of scientists who have what they call the "Doomsday Clock." Recently they've set it closer and closer to midnight. They've been doing this since 1945, registering their sense of how close we are to the "midnight" of a global cataclysm. They've been looking at the unsecured nukes in the world, nuclear possibilities with states that we should really be concerned about having them, and they reset the clock to very close to midnight. Dangerous times. Terrible times.

Jesus told us what to do when we saw high tide coming like this. His words: "You must be ready, because the Son of Man will come at an hour when you do not expect Him" (Matthew 24:44). In the words of a Biblical prophet: "Prepare to meet your God" (Amos 4:12). There's only one way to be ready, and that's to be sure your life is in the hands of the One who will write the final chapter; the final chapter for this planet, and the final chapter for your life, and that's Jesus Christ. Here's the question, "Do you belong to Him?"

Jesus died to get you ready to meet God. It took His death on the cross to pay for the sin that keeps you from God and will keep you out of heaven forever. Then He walked out of His grave to prove there's nothing that can take Him down. If there's never been a time when you've said, "Jesus, I resign running my life, I'm Yours," boy, would this be a good time to get that settled. I think our website would be a help to you doing that. It's helped a lot of others. It's ANewStory.com.