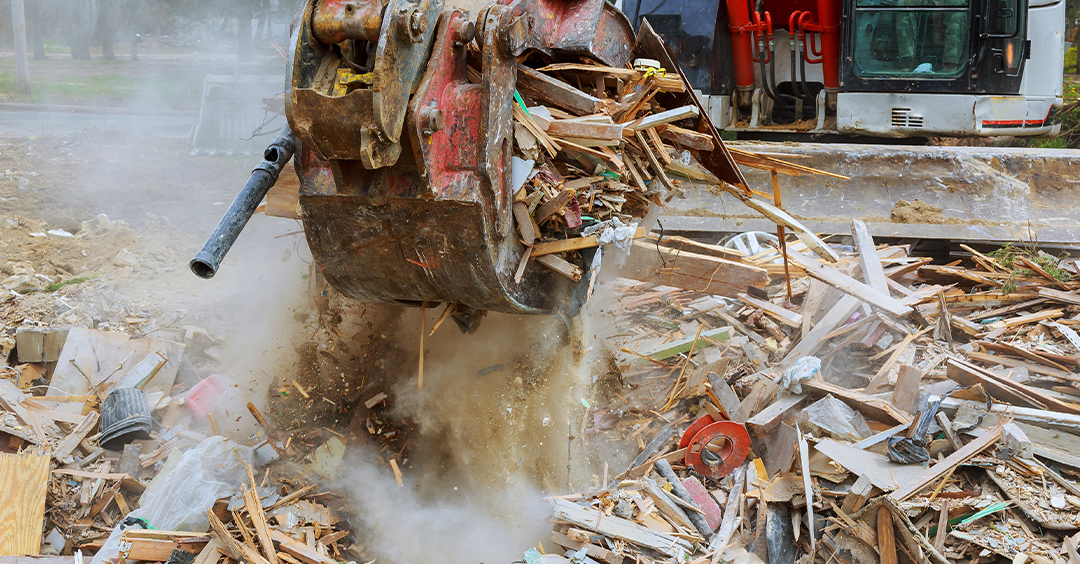 Buck Helm - yep, that name was one light in the darkness on October 17, 1989, the day of the tragic San Francisco earthquake. It was the day the whole freeway collapsed, burying scores of people. And just when the rescuers thought there was no life left to find, an engineer spotted movement under one heavily damaged section. Under there they found, still alive miraculously, Buck Helm, a 57-year-old longshoreman. He'd survived four days in that rubble. And I think that's why we felt so sad when word came four weeks later that Buck Helm had died suddenly in the hospital. He was rescued, but he was lost. We can't always hang onto what we save.

I'm Ron Hutchcraft and I want to have A Word With You today about "He's Never Lost a Rescue."

Well, we learned in San Francisco, and we've learned over and over again that I guess any physical rescue is temporary. Let's face it, anyone who's rescued now is certainly going to die someday. When Jesus talks about His sheep, though, He's talking about those He has rescued from eternal death. And it was expensive for Him to do that. Earlier in the chapter He says, "I am the Good Shepherd, and the Good Shepherd lays down his life for His sheep." "I'll die for my sheep." Jesus said that, and Jesus did that. He did it for you.

Those who have come to Christ to have their sins forgiven because of what He did for them on the cross become His sheep at that point. And what He's saying here, "Those that He rescues, He will never lose." Once He's saved them, they will never die. It's eternal life! "No one can take them out of My hand" He says.

Now, I asked Jesus into my heart at an early age, and I found myself often saying, "Jesus, in case you're not there, would You come in? I'm going to accept You again, and then I'm going to accept You again." Actually, I didn't need to do that. There was only one rescue. Once you've asked Christ sincerely to come into your life, there to stay. At that point, saving faith takes my eternity out of my hands and places it totally into Jesus' hands.

Sometimes we're close to Him, and sometimes we drift far away. Sometimes we're obedient, and sometimes we're disobedient. But we're always His child. Is that an excuse for sinning? No, it's a motive for obeying. Besides, if you're really reborn, you may get away from Him for a little while. But you can't stay away. And if you do and you can, you're probably just proving you never really were reborn in the first place.

When a little child starts to run out into the street - as you know, they've been walking along with Dad's hand holding on, he'll start to run away, but he'll find out that he is saved. That truck is bearing down, the traffic's coming, but he's saved. But not because he's holding onto his father's hand. That's when he finds out that his father is holding onto his hand. That's why your relationship with Christ is safe and eternal, because He holds you.

Maybe you've never opened up to this unconditional unloseable love for yourself. Maybe you've never been to that cross, in your heart, and said where He died for you, "For me." Why not let today be the day you begin that relationship with Him? It will be your one anchor in an otherwise insecure world, and it will take you to heaven when you die. Listen, go to ANewStory.com, our website, and we'll show you how.

For you - for those you love - isn't it great to know that Christ rescues you from the death sentence of sin, and that He has never lost a rescue.