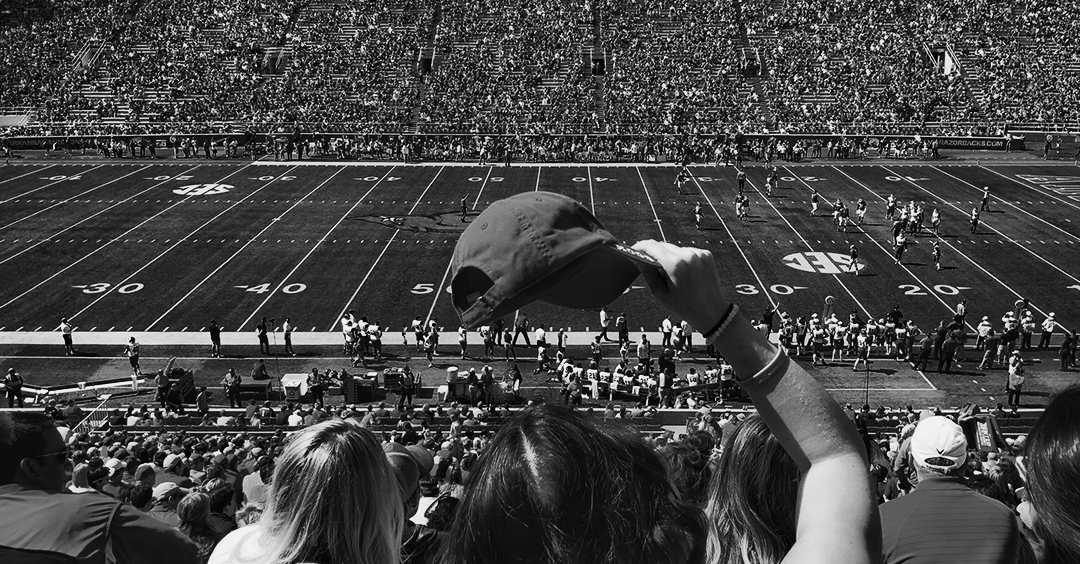 I fell in love with a girl from Arkansas, and she informed me that the largest religion in the state was football; especially the University of Arkansas kind of football - the Razorbacks. So, guess who the most important man in the state would be? Not the governor. No, he'd be maybe number two. Probably the most important man is the football coach of the University of Arkansas. Now, years ago back in the '80s it was a man named Ken Hatfield; in this particular case, a follower of Jesus Christ.

He actually gave his testimony at Billy Graham's Little Rock Crusade some years ago, and I happened to be there that night. Everyone really listened because of who he was. He told us about the turning point in his life. It was 1964. He was playing for the University of Arkansas, and his dream came true. They had just defeated Nebraska for the national championship in college football - #1. He told us that he read those headlines the next morning how Arkansas was number one, and he realized he'd experienced his greatest achievement and it left him totally depressed. He summed it all up in four words that I haven't forgotten. He simply said, "My god had died." You know, they have a way of doing that.

I'm Ron Hutchcraft and I want to have A Word With You today about "Gods That Die."

Our word for today from the Word of God comes from Jonah 2. This is actually a prayer, and it's probably the only prayer we know ever prayed inside a fish. That's where Jonah is for his disobedience to God. He's reflecting on his detour from God's best. Here's what he says in his prayer. Verse 7, "When my life was ebbing away, I remembered you, Lord, and my prayer rose to you to your holy temple. 'Those who cling to worthless idols, forfeit the grace that could be theirs.' But I, with a song of thanksgiving, will sacrifice to You. What I have vowed, I will make good."

Notice, he's inside the great fish. He's talking about clinging to worthless idols. You have to wonder if he's not meaning here that there was something in his life too important to let go of when God said, "Go to Nineveh." Something he could not let go of.

Now, what would that be for you? Well, you may know Christ, but maybe there's a god you can't surrender to the control of your Savior. It could be your child, or a dream you have for your child, or it could be someone you love very much, or a dream you've cherished for yourself, or a position, a ministry, your home, an activity, your career.

In fact, we sometimes will release one god at one point in our life, and then unintentionally pick up another god at another point. It may be a different one at this point in your life. But every little "g" god has the same fate. "My god died" like the coach said. Maybe one of yours has died. You know, that's actually okay. Because that's what brings you back to the vows you made to the Lord. "What I have vowed, I make good now" is what Jonah said; to get back to the main road and get off of this detour.

It took a violent storm and near death for Jonah to wake up and let his false god die - whatever it was. See, when you cling to that false god, it says you forfeit the grace that could be yours. You're missing the best of God's gifts as long as you hang on to another god, a god that will die. Often when you're in a storm, you understand that what you've been basing your life on - what's been number one in your life - is not enough. And maybe those are the moments when your heart turns and says, "I believe I'm made for more." And that more, my friend, is Jesus Christ, who died for you and rose from his grave.

Go to our website, because a relationship with Him is what it's all about. And your storm may have been to blow you into the arms of Jesus. The website's ANewStory.com.

When His own follower, Peter, was in a violent storm and ready to drown, He reached out and all he could get out was, "Lord, save me!" You say that to Jesus today, and He'll do that for you. He's the God you were born to serve.

Don't wait until you're totally submerged to say to God, "I'm letting go." Say it now, and with Jonah, "What I vowed, Lord, I'll make good."