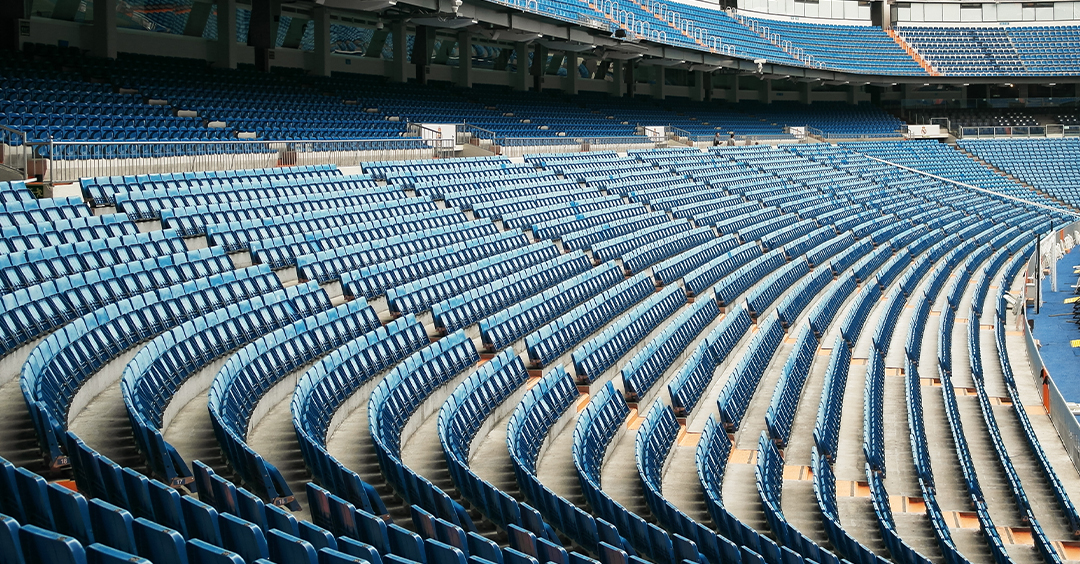 When we were living in New Jersey, boy, Giants Stadium - it was a mecca in northern New Jersey. At that time, 70,000 people. before the new stadium was built, were... I mean it's bigger now. But, boy, that's a lot of people descending on the Giants football game; cars clogging every artery anywhere near the stadium. And I was one of those crazy people sometimes! All across the New York area, countless others did nothing that afternoon but watch television to see what was going on there at the Meadowlands. It was like that stadium had a giant magnet inside it, with the power to pull multitudes of people to focus on one place and one event.

I'm Ron Hutchcraft and I want to have A Word With You today about "God's Magnificent Magnet."

For 2,000 years, there's been a magnet that has captured the hearts of millions of people, pulling people from every generation, every background, every corner of the world to one man. That man is Jesus Christ, and that magnet is an old rugged cross on a hill called Skull Hill, just outside the gates of Jerusalem. Even in our day, one of Hollywood's great blockbuster movies was "The Passion of the Christ," a vivid portrayal of the death of Jesus; the power of that cross to still move millions of people.

That should come as no surprise really. Jesus said it would happen before He ever died. In John 12:32-33, our word for today from the Word of God, Jesus said, "When I am lifted up from the earth, I will draw all men to Myself." Then the Bible goes on to explain His meaning: "He said this to show the kind of death He was going to die." So, Jesus said, "If I am lifted up on a cross, I'll draw people to Myself."

And, sure enough, for twenty centuries, His love poured out on that tree, has melted the hardest hearts and brought hope to the most hopeless hearts. If many people aren't being drawn to Him, maybe it's because those of us who know Him have been lifting up something other than Jesus and His cross; like our church, our politics, our causes.

Since that brutal day on Skull Hill, a lot has happened. Churches have been built in Jesus' name, a religion bearing His name has spread across the world, rituals and creeds and ceremonies have grown up around His teachings. A lot of good, and too much that wasn't good, has been done in His name. But a trip back to that blood-stained cross strips away all the Christianity that has grown up around Christ over the centuries, and it takes us back to what the central issue is for you and me.

It's you; it's me standing at the foot of that cross, looking into the face of the Son of God. It's you or me watching the blood trickle down from a crown of thorns jammed into His forehead; the spikes in His hands and feet. Beyond all the religious things you've done in His name, beyond those Christians who may have hurt you or confused you, beyond all the facts about Jesus that you have in your head - there's that man dying on that cross. And there's you, one of the people He's dying for, to pay for every wrong thing you've ever done. Your eternity will not be decided by what you do with Christianity. It will be decided by what you do with Christ.

This very day, I invite you to walk with me up Skull Hill, to stand there and say the two words that are the difference between heaven and hell, "for me." Maybe you've missed that decisive step of actually giving yourself to the Man who died for you, of abandoning your trust in anything else to make it with God and you put all your trust in Jesus. Tell Him today, "Jesus, you died for me. I can trust you. I'm Yours." And you won't just be believing in Jesus. You'll finally belong to Him.

If that's what you want, I invite you to visit our website. I've got a very simple explanation there of how to get started with Jesus. It's ANewStory.com. That's the web address.

On the day you stand before God, there's only one thing He's going to ask you. "What did you do with My Son and His death for you on that cross?" Please, get that settled today.