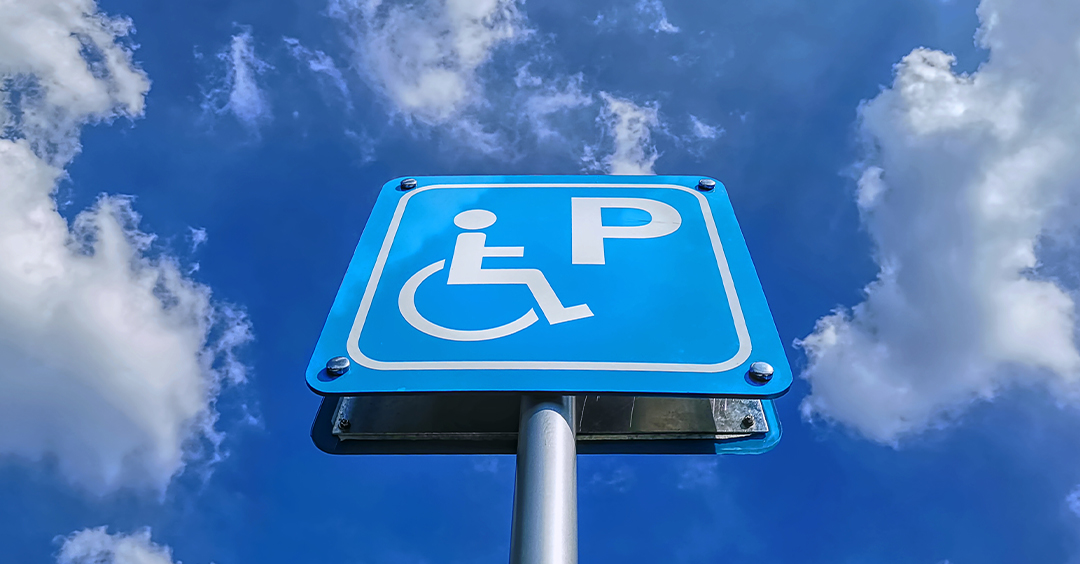 If you've ever tried to find a parking space at a mall a few days before Christmas, you've probably eyed some of those handicapped parking places with a little envy. They're right up close, and there's usually one available. Maybe you've even been tempted to park in one of those spots, even though you're not handicapped and you don't have one of those tags to hang on your mirror. Don't try it. Just ask Connie. Because of some serious health issues, her doctor gave her one of those tags. So Connie can use those spaces legally, if she displays her tag - which she unfortunately forgot to do during a two-night stay at a hotel. She returned to her car only to find two tickets with a fine of $250.00 each and a demand that she appear in court, no matter how she pleaded. And Connie lives a thousand miles from the town where she got the ticket!

Well, she filled out a court affidavit and pleaded guilty to what the clerk described as a "not minor violation." The affidavit was mailed to the municipal judge along with a photocopy of Connie's handicapped tag. And then she received the judge's response regarding her scheduled court appearance. The note simply said, "Upon review, the judge has declared you not guilty." Suddenly, her heavy load was gone!

I'm Ron Hutchcraft and I want to have A Word With You today about "Getting Rid of the Guilt of a Lifetime."

Connie was guilty as charged, by her own confession. She had a high price to pay. But to her amazement, the judge declared the guilty offender not guilty. I know a little bit about that kind of good news. It was that kind of transaction that literally changed my life and changed my eternal address. It could happen to you.

There's a lot of creative thinking today about what God is like and where we stand with Him. But the only one who can tell us the truth about that is God Himself, of course, and He did in His book - the Bible. Listen to what God says in Romans 3, beginning with verse 23. It's our word for today from the Word of God. I'm reading from the New Living Translation. It starts with some very bad news. "Everyone has sinned; we all fall short of God's glorious standard."

Well, all right, there's no way to God without pleading "guilty as charged" according to that. Guilty of violating the holy law of God every time we covet what someone else has, every time we tell something less than the truth, every time we think or act immorally, every time we let someone or something be more important to us than God is. Every one of us is a rebel against Almighty God. The more religious you are, the harder it is for you to plead guilty to running your own life, to being the sinner God says you are. Until you agree with God about your guilt, though, there's no hope. And sin carries a heavy penalty - eternal separation from a holy God. The Bible has a name for that - it's hell.

But here comes the amazing good news. "Yet God, with undeserved kindness, declares that we are righteous. He did this through Christ Jesus when He freed us from the penalty for our sins. For God presented Jesus as the sacrifice for sin. People are made right with God when they believe that Jesus sacrificed His life, shedding His blood." Those are God's words.

So, there it is! The Judge's declaration you are not guilty - even though you are - because He offered His only Son to lay down His life to pay for what you've done, so you could be free from the guilt of every wrong thing you've ever done and have the hell you deserve cancelled for the heaven you could never deserve.

But you have to tell your Judge that you're depending completely on His Son's death for you as your only hope. And at that moment, the One who would have been your Judge becomes your Savior. It could happen for you today, if you'll reach out to Jesus and give yourself to Him, because He gave Himself for you.

Just tell Him where you are, "Jesus, beginning today I'm not running things. I'm Yours." Go to our website the first chance you have, because there, I think, you're going to find what you need to know that you belong to Jesus. The website's ANewStory.com.

See, this could be the day that you're declared "not guilty" by the God of the universe, and that lifetime load will be gone. And you will be free!