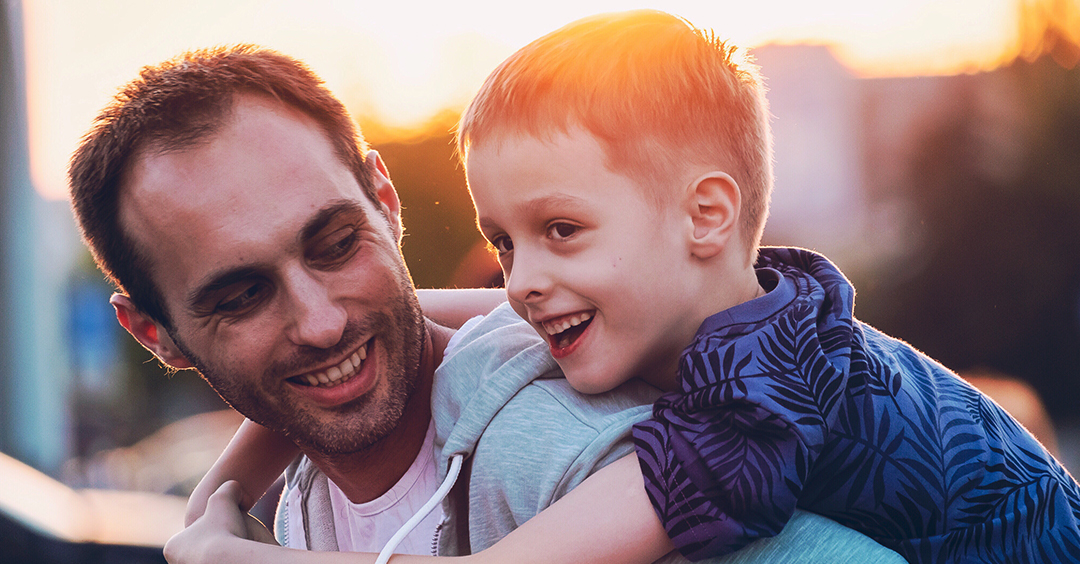 Our friend - we'll call her Diane - shocked her family years ago when she announced at the age of 17 that she was pregnant. Even with some folks urging her to have an abortion, she made the choice to have that child - a son. When her son was seven, Diane met a guy we'll call Gary, and she knew they were falling in love. So, with some fear and trembling, she told him about her son. Gary said, "Let's go meet him." And Diane's boy took to Gary immediately. Diane and Gary got married, and the boy grew up with a wonderful relationship with Gary. But something happened when he turned 17 - this unexplainable rebellion that ultimately made him decide to go live with his biological father. A few months later, he returned to the home he'd grown up in. He'd made a powerful discovery in those intervening months. He said to Gary, "You're the one I walk like, you're the one I talk like, and I do things the way you taught me. You are my father!"

I'm Ron Hutchcraft, and I want to have A Word With You today about "Finding Your Father."

In that emotional, unforgettable moment, a young man decided who his father really was, and who would be the anchor for his identity as a son. It might be someone listening today needs to make a choice like that about the One the Bible calls the "father to the fatherless" (Psalm 68:5). There's a reason that God chose, out of all the names He could have asked us to call Him, He chose the name "Heavenly Father."

I have to tell you that so many people who have lived emotionally unanchored and painful lives have found something amazing when they found Jesus Christ: they found the Father that their heart had yearned for so long. There's so much hope for hurting people in our word for today from the Word of God in Psalm 10:14. It says, "But you, O God, do see trouble and grief; You consider to take it in hand. The victim commits himself to You; You are the helper of the fatherless."

But like that young man who made the choice that Gary was his father, you have to come to the place where you make that deliberate choice about the God who made you; about Jesus Christ, who loved you enough to come all the way from His throne in heaven to an old rugged cross to die to get you back. Nobody can love you like He does. But you have to decide that you'll no longer define yourself as "the victim," that you will no longer define yourself by some other relationship that can never be what you really need. And maybe you will, from this day forward say, "I know who I am. I belong to Jesus Christ. I am totally His, for now and forever!"

That's coming home to the identity you were made for. You've been away, trying to get other people and other things to do for you what only Jesus can do. Let this be the day that you come home to Him and say, "Jesus, you died for me. I'm Yours." Look, this would be the best possible day. Don't wait another day to begin that anchor relationship with Jesus Christ.

A good place to start is simply to stop where you are as soon as you can and say, "Jesus, I've run my own life. I'm done doing that. You were meant to run it. I turn from that, and I believe that You love me so much You died the death penalty for every wrong thing I have ever done, and you walked out of your grave. I want you to walk into my life. I'm Yours from this day on."

You know, from that moment, you have a relationship and a love you will never ever lose. I think you'll find some things that will help you get started in this relationship if you go visit our website as soon as you can today. That site is ANewStory.com.

Let Him be the one you follow, and live with that sense of security that belongs only to those who belong to Jesus Christ.