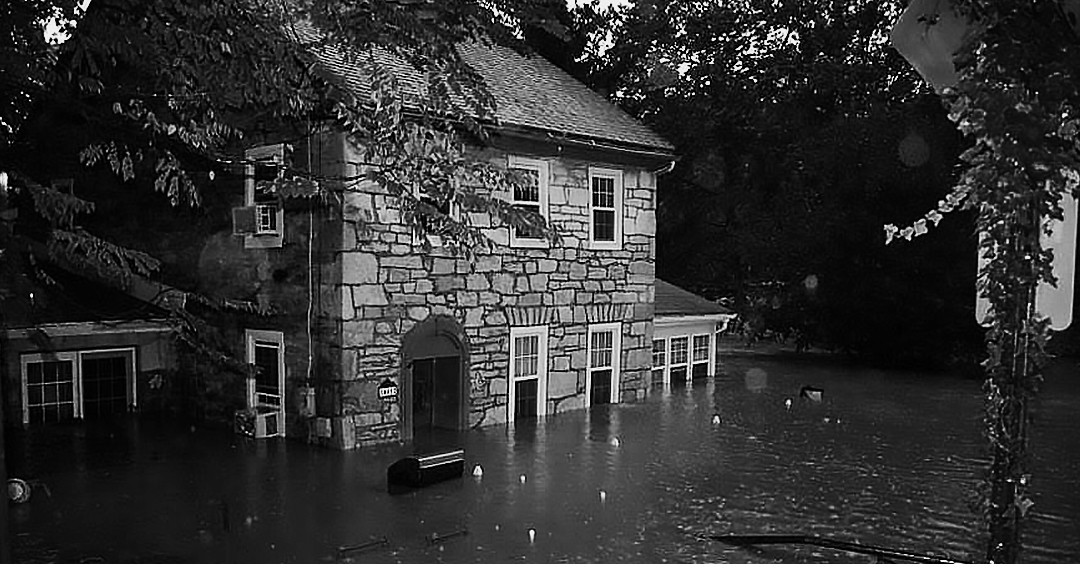 It might happen to a community once in a lifetime, or maybe even just once in a century. But sometimes there are those disasters that define and redefine a town for years to come. The Johnstown, PA, flood would be one of the most famous historic examples. You've probably never heard of the flood that swept into my wife's hometown years ago, but it was a major defining event for that town. She was a teenager when, with just a brief warning from upstream, the local creek burst out of its banks into this massive flash flood. While there was major damage done to the community, thankfully, only a few lives were lost. They actually were some older folks who lived on the south side of town. Rescuers actually came by their creek-side house before that wall of water hit. They offered them a place in the lifeboat. They refused to get in. They said, "Hey, we've lived here a long time, we've seen a lot. We've been fine this far. We'll be fine this time." They weren't. They died in that flood.

I'm Ron Hutchcraft and I want to have A Word With You today about "Fatal Refusal."

It is a deadly mistake to refuse to get in a lifeboat - especially when it comes to being rescued from an eternity that none of us wants. Tragically, a whole lot of people are saying to Jesus, "No thanks, Jesus. I don't think I'm going to need You. After all, I've gotten this far without You. I've been fine up to here. I'll take my chances without You." Strong people, self-reliant people, doing things for yourself, proudly refusing to put your trust in Jesus, and according to the Bible, doomed. Because this one you can't do for yourself.

I have no right to say this unless God says it, because He is the final word on heaven and hell. And He couldn't make Himself clearer than He does in 2 Thessalonians 1:8-9, our word for today from the Word of God. It's about the flood, it's about the lifeboat called Jesus, and it's about the choice that determines your destiny. The Bible says, "The Lord Jesus will punish those who do not know God and who do not obey the gospel of our Lord Jesus. They will be punished with everlasting destruction and shut out from the presence of the Lord and from the majesty of His power."

When that flood hit my wife's hometown, those folks who died didn't have to die. Provision had been made for them to live, to escape what was coming. But they wouldn't get in the lifeboat. On a cross, with nails driven through His hands and feet and a spear wound in His side, God's only Son, Jesus, died to pay for every wrong thing you and I have ever done. And we've lived long enough to have a long list of times we've done things our way instead of God's way. But Jesus paid for every one of them. So the only people who will pay for their own sin are those who refused to trust the One who already paid for their sin.

So, God doesn't send anyone to hell. We send ourselves by refusing to get in the lifeboat that He provided at the cost of His own life. It's a mistake I beg you not to make. You may have accomplished a lot in your life. You may be religious and respected. You may have done just about everything by yourself, but there's no way you can get your sins forgiven by yourself. No way you can remove what will keep you out of heaven. Only Jesus can do that. And His lifeboat is making one more pass by you right now, and He's asking you to get in. Some time will be the last time.

If you've never given yourself to the man who gave His life for you, please abandon the pride and the excuses that have kept you from Him. Tell Him, "Jesus, the battle's over. I'm Yours."

If you want to be sure you belong to Jesus as your Rescuer from your sin, let me invite you to spend a few minutes at our website today. I've tried to put it there in a way that you can either read and watch, or whatever - listen to a simple explanation of how to be sure you've begun your relationship with Him and that your sins are forgiven. That website is ANewStory.com.

Look, one more time, the lifeboat's within your reach. God's judgment is coming. Please, please get in while there's time.