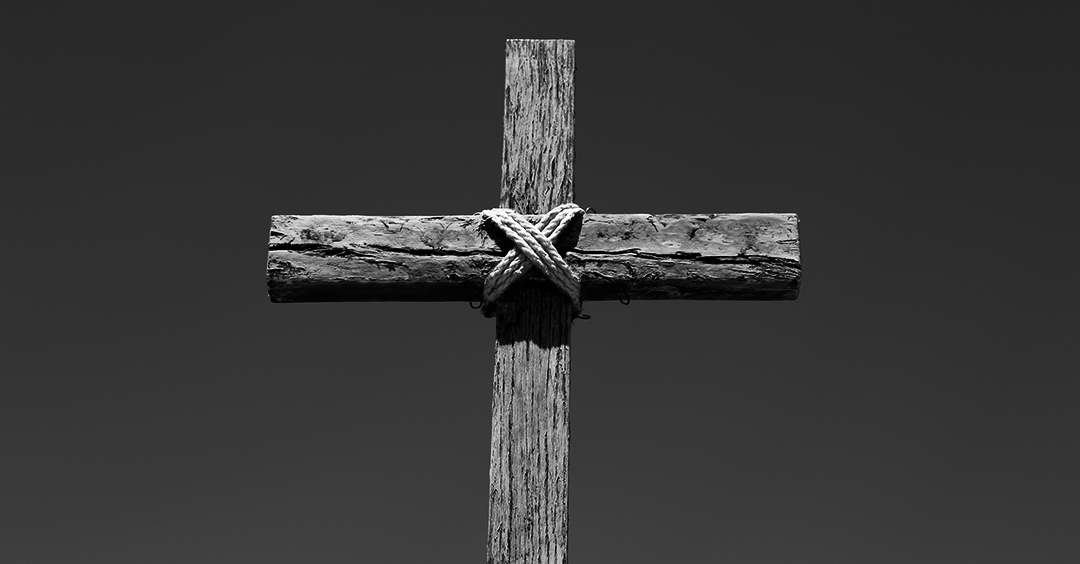 It's an amazing true story from the history of the Cree Indians of western Canada. Through many courageous exploits, a young man named Maskepetoon became known as the bravest warrior in the tribe. One day a man came to Maskepetoon's camp talking about peace - something his tribe had never known because of that relentless bloodshed between his Cree tribe and their longtime enemies, the Blackfoot. But this man with a black book called the Bible introduced this warrior to the Creator of all. The missionary told him of how the Creator God's Son defeated the Evil Manitou, the Enemy of all. He climbed to the top of a hill and gave His life on a cross as a peace offering. That meant peace could be restored between the Creator of all and the people He had made.

In the past, when one tribe had wanted to make peace with another, they would send their bravest warrior to meet the enemy with a special offering tied onto two crossed sticks. But that seemed impossible now when there was killing every time a Blackfoot warrior saw a Cree warrior. But in spite of the danger, Maskepetoon went into Blackfoot country on just such a mission. The camp they came to first happened to be the camp of Many Swans, a violent chief who was seeking revenge for the sons he'd lost to Cree warriors.

Maskepetoon climbed to the top of a nearby hill, raised a flag and waited for the Blackfoot band to see them. With them, they brought a beautiful pair of beaded moccasins, tied onto two crossed sticks and a Bible that told of the peace the Creator had made with all men. Pretending to want peace, Many Swans tricked the Cree peacemakers into laying down their weapons, after which he and his warriors killed them all. But the chief's wife was furious with her husband. She was tired of all the killing. Ultimately, the Blackfoot people agreed. But none of them was brave enough to risk going to talk peace with the Cree, especially after what they had done to Maskepetoon.

So the chief's wife went, carrying with her the ancient symbol of peace - a frame of crossed sticks with a specially beaded pair of moccasins tied to its center. The Cree chief, who had himself made peace with the Creator through Jesus' death, welcomed her Under his leadership, the Cree met together with the Blackfoot on a high hill, where a peace treaty was signed. And their long war was finally over.

I'm Ron Hutchcraft and I want to have A Word With You today about "Expensive Peace."

In so many ways, this is my story. This is your story. It's the story of peace made possible by the death of the greatest Warrior of them all - on two crossed beams - for you. Because of our sin, the Bible says we are "alienated from God"; we are "enemies" (Colossians 1:21). We are hopelessly cut off from the God who made us; the God we will meet on Judgment Day. And, in the Bible's words, "there is no peace" (Isaiah 57:21) when you're away from God. The turmoil in your soul is living proof of that.

But here comes the hope. It's in Colossians 1:20, our word for today from the Word of God. God says His Son came to reconcile our broken relationship with Him "by making peace through His blood, shed on the cross." He climbed to the top of a hill called Skull Hill and died as the sacrifice for your sin. The Bible puts it this way: "The punishment that brought us peace was upon Him" (Isaiah 53:5).

And that blood-bought peace can be yours today. Finally, peace with God. Finally, peace in your heart. If you will lay down all the other things you've counted on to make it with God and put your total trust in Jesus, who died for you, who rose again for you. That's a step I would love to help you take this very day.

There's a lot of great information about getting started with Jesus on our website. That website is ANewStory.com. Your new story can begin there today. The war can end. Peace can begin. Peace that costs you nothing. Peace that cost the Great Warrior, Jesus, everything.