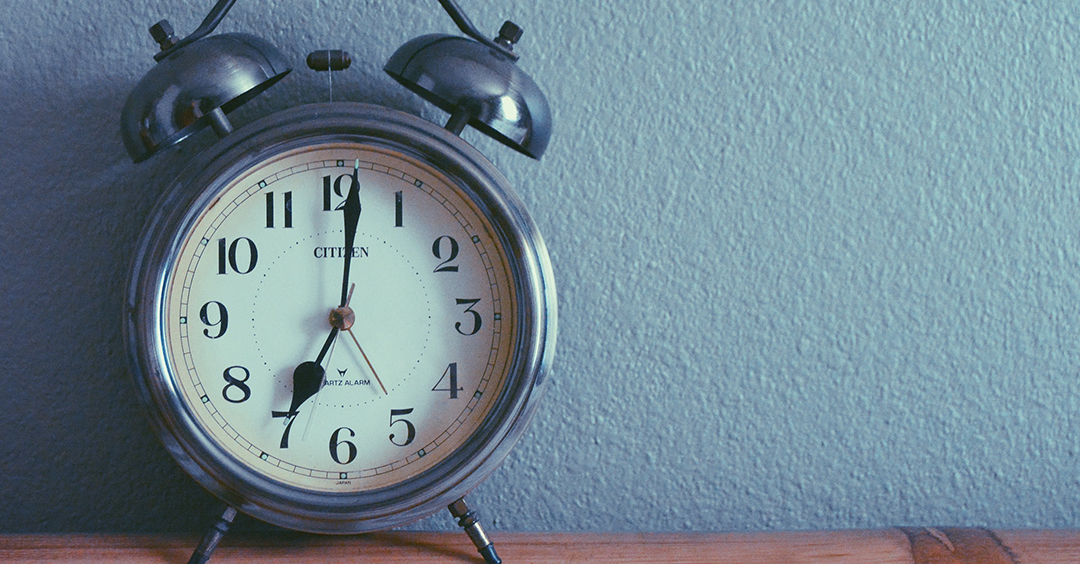 Teenagers are chronic procrastinators. It really shows up when you're trying to get them to register for a camp or a retreat, which I've done plenty of. Oh, they're planning to go, but you wouldn't know it by their registration. They'll wait until they hear the bus to start signing up. That happened at a retreat we had. There was this deadline, but many of the kids we most wanted to go, particularly for spiritual reasons, missed the deadline. Oh, we still had room. So did we take their registrations late? You bet we did. But you know, deadlines are often flexible, and it seems like you can usually get an extension. But don't count on that extension when it really, really counts.

I'm Ron Hutchcraft and I want to have A Word With You today about "Don't Count On An Extension."

Our word for today from the Word of God, Proverbs 27:1. Basically it says, "Don't count on an extension." God's words go like this: "Do not boast about tomorrow, for you do not know what a day may bring forth." Now, I think that counsel from the Scriptures is most urgent when it comes to that tug in your heart that seems to be pulling you in the direction of Jesus. Maybe you've felt that. Well, that's the Holy Spirit of God making it possible for you to surrender yourself to your Savior. According to the Scripture, if He stops calling you, you'll never know Christ. You'll never see heaven.

Now, in a world of flexible deadlines, we feel like there'll always be, "Hey, one more chance to sign up." Right? Well, when it comes to choosing Christ, that's deadly logic. In the book of Genesis God says, "My Spirit will not always strive with man." In the book of Isaiah He says, "Call upon the Lord while He is near; while He may be found." See, if He's ready, and you know He's ready because you feel a pull toward Jesus, you'd better receive Him now. And of course death, well that's a non-negotiable deadline. Someone your age, however old or young you are, died unexpectedly today. That's a fact. And for them, there are no more chances. Someday that will be you.

Dr. Erwin Lutzer, who was Pastor of Moody Church, told the story that is frequently told, he said, in the Middle East. A wealthy merchant sent his servant to Baghdad on some errands, and while the servant was there he met Lady Death. He was frightened, he ran back, told his master he wanted to run as far and as fast as he could, because he didn't want to run into Lady Death again. So he asked for his master's fastest horse. He said, "I'm going to ride all day. I'm not going to stop until I reach Samara tonight." Well, that night, according to the story, the merchant himself met Lady Death, and he asked her, "Why did you startle my servant?" Lady Death said, "Well, actually, he startled me. He confused me when I met him in Baghdad. See, I have an appointment with him tonight in Samara."

The Bible says, "It is appointed to man once to die, and after this the judgment." Hell is populated with people for whom Christ died, who didn't ever have to go there, but people who were maybe counting on one more chance to put their faith in Him. And they had passed by unknowingly their last chance because the Spirit moved on or their life suddenly ended.

So, perhaps for you, this is a chance provided by God, His Holy Spirit, for you to finally know you belong to Jesus; to get this done; to get it settled. There's eternity at stake here. This is urgent; it's life or death! If there's never been a moment when you've said, "Jesus, I am putting all my trust in You and Your death on the cross for my sins. I'm Yours." Make it today.

Listen, get to our website. There you'll find a way to be sure you've begun your relationship with Him. That's ANewStory.com. Don't count on an extension.

The Bible says, "Now is the acceptable time! Today is your day of salvation."